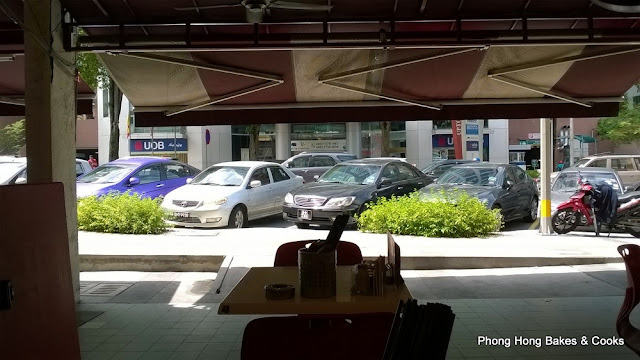 I finally made my way to Annie 1@Uptown Damansara (which I mistook for "anyone" when someone mentioned the name to me a while back). I was craving for some wanton mee and it was about time I ventured here for their famed Menglembu Wanton Mee.


Ordering here is a breeze because you basically fill up the order chit. All the items on the menu have a numbered code and you just jot that down on the order chit. When you are done and if there is no server around, just press the red buzzer.

There is also space for you to write remarks (like less sugar for your kopi which I failed to do). I like this type of ordering system because I don't like to talk. Plus you won't get funny looks when you order one too many. Saves the embarrassment. Hah!

I have not had wanton mee for the longest time and I sure enjoyed this one. Now, I have never tasted Menglembu Wanton Mee, so I cannot tell if this is the real deal. All I know is that I liked it.

On another visit I had the same. 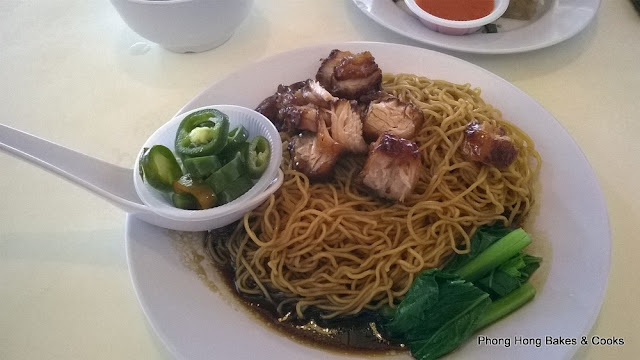 It was almost 3:00pm and I was very hungry. So I added their Homemade Yam Cake. 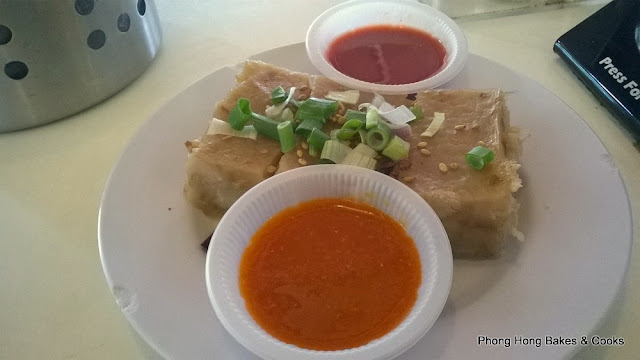 It came with two sauces. I prefer the darker red one which is sweetish. The orangey one had a chemical taste. Ugh! It left a weird aftertaste which lasted the whole day. The yam cake was just alright. Quite starchy.

And I had the iced Ipoh White Coffee. This time I made sure to indicate "less sugar" on the order chit which they obliged. 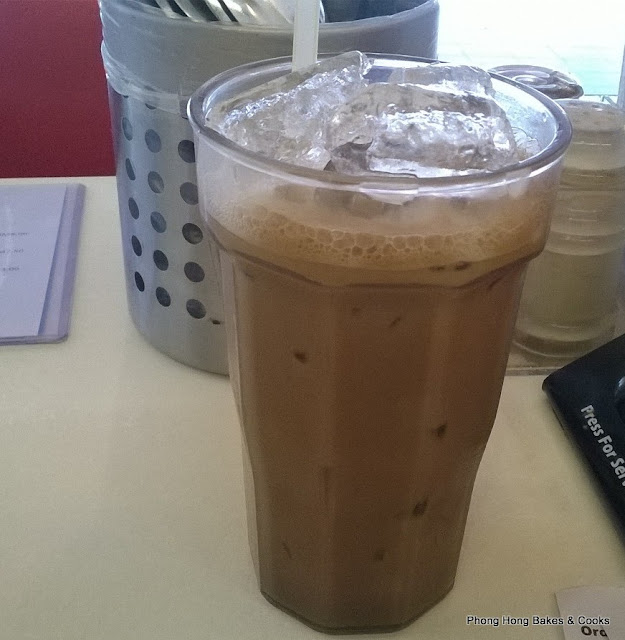 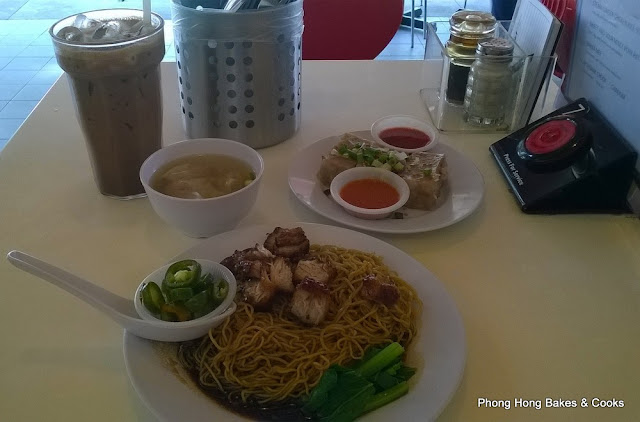 And of course I had to come back for the Curry Mee because Kris gave it good reviews. Besides, she said that the Curry Laksa Supreme came in my size hah..hah... 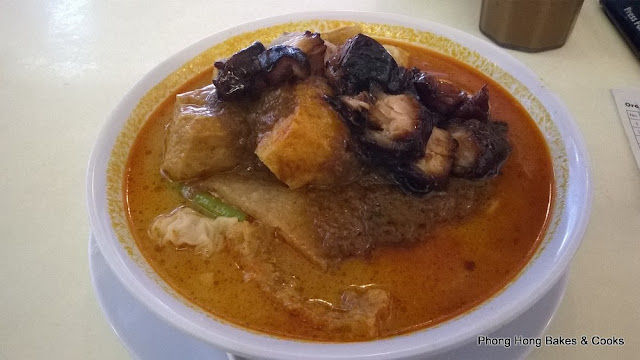 Actually it's not a very big bowl but it is crammed with lots of ingredients. 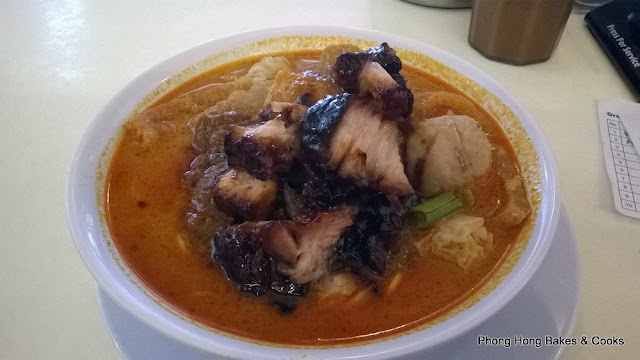 There's char siew, wanton, pig skin (yee hah!) and a pork ball. Honestly, I am not a curry mee fan but I was immediately converted. 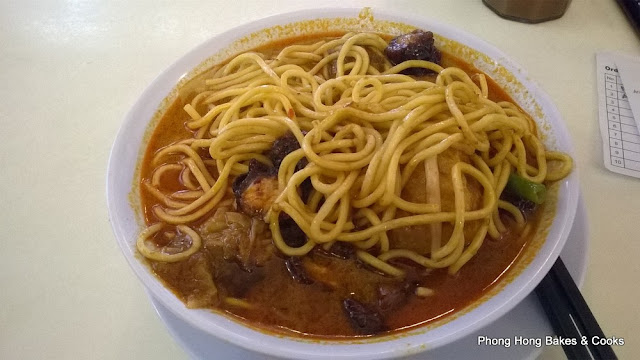 To me, this curry me is superb and I may want to explore more curry mee after this. My partner went to try after I told him how good it was but he was not of the same opinion. He said it was just ordinary. Besides, he said "curry mee where got people put char siew". Oh well. 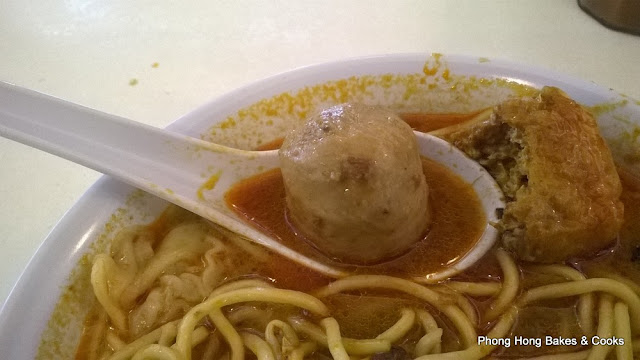 The only thing I did not like in my bowl was the solitary pork ball. It was hard and springy and had a funny smell.

I usually don't slurp so much soup (with the exception of the ramen I had at Tokyo Ramen) but I almost finished the laksa gravy.

I stopped myself because I was afraid that the gravy might have too much msg and will make me thirsty. But to their credit, the curry laksa gravy at Annie 1 did not have that effect. 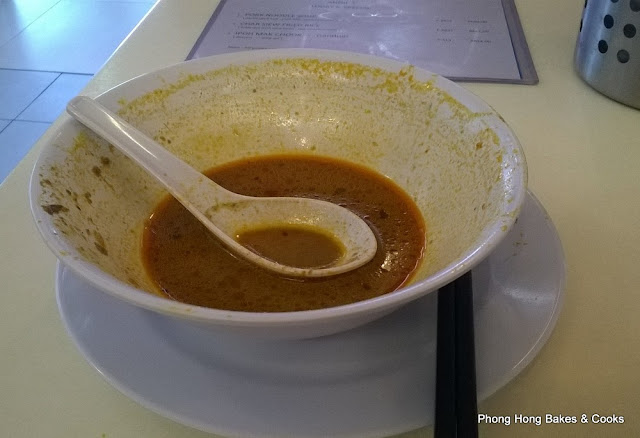 From my 3 visits I noted that Annie 1 has their daily specials which they display separately from their main menu. 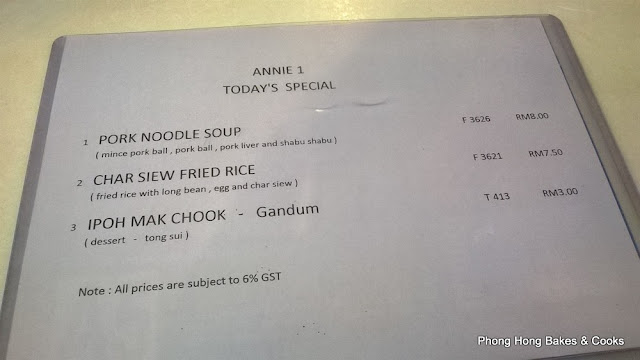 The Pork Noodle Soup reminded me of someone. But since I didn't like their pork ball, I don't think I want to go for this.

I guess the only other thing left to try is their Chee Cheong Fun. That will have to wait for another day. 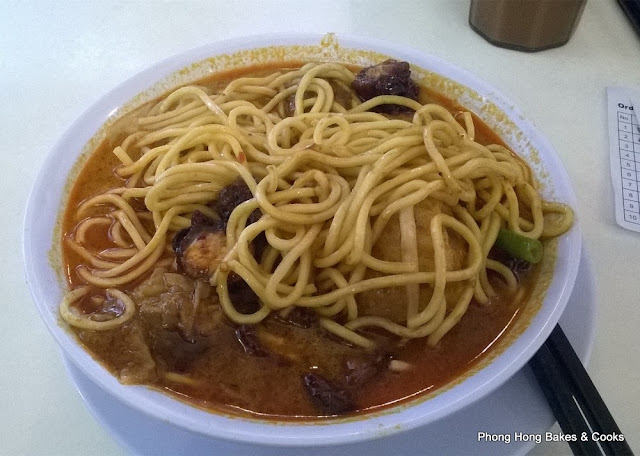