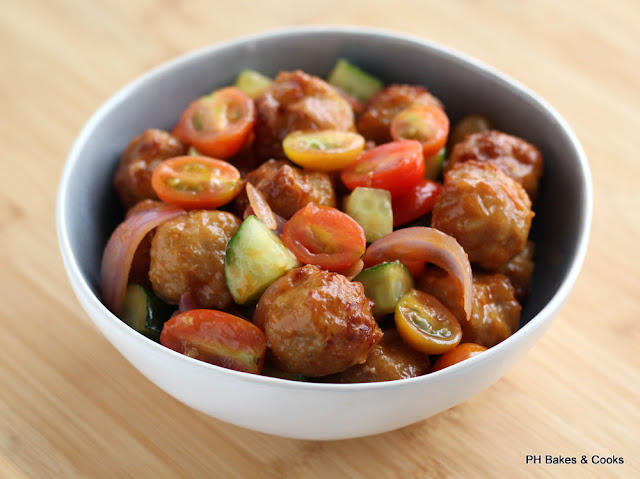 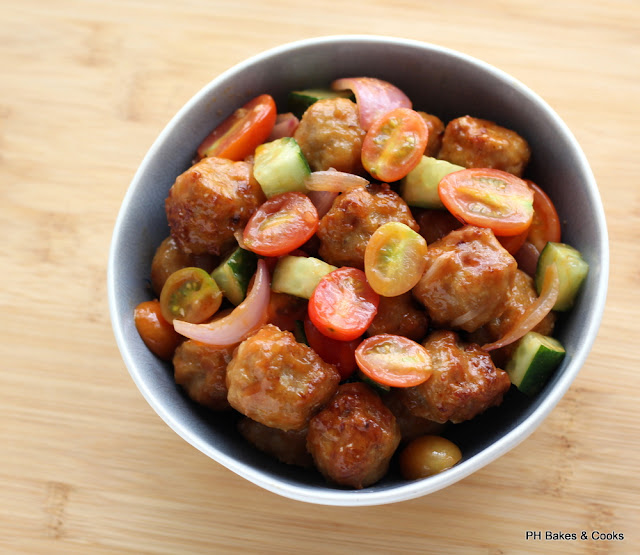 OK. Sweet & Sour Meatballs lah. But I did not have any capsicum, so I only used cucumbers and cherry tomatoes. That's how it is with me. I don't plan anymore because I change my mind a lot. Many times I wasted ingredients and I am determined not to do that again. 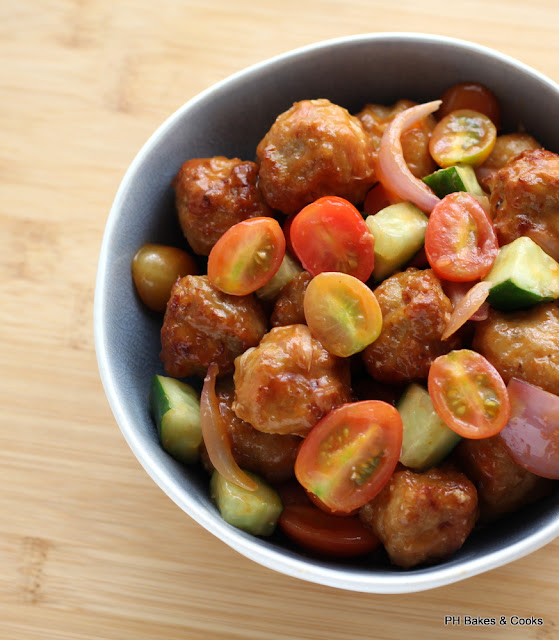 The thought of frying batches of meatballs was discouraging. I was suffering from a headache and I did not want to stand around at the stove. The easiest and cleanest solution to meatballs is to bake them in the oven. 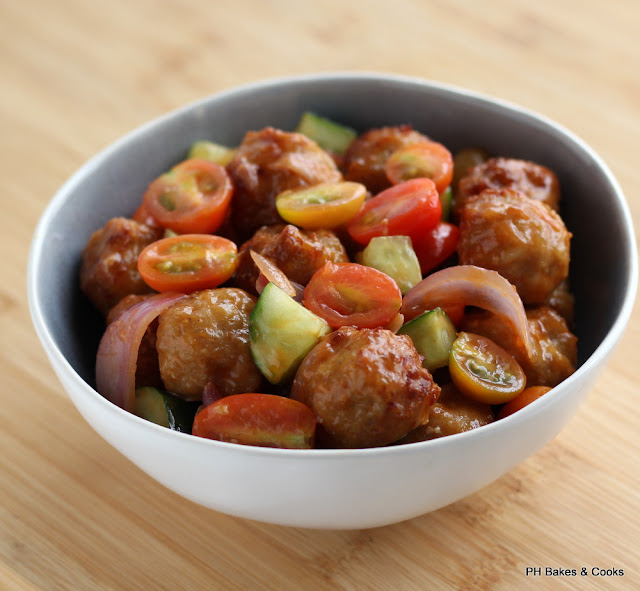 I have always had a thing for sweet and sour dishes especially Sweet & Sour Pork. So I was happy with this. I made only enough sauce to coat the meatballs because too much sauce may not always be the best thing. 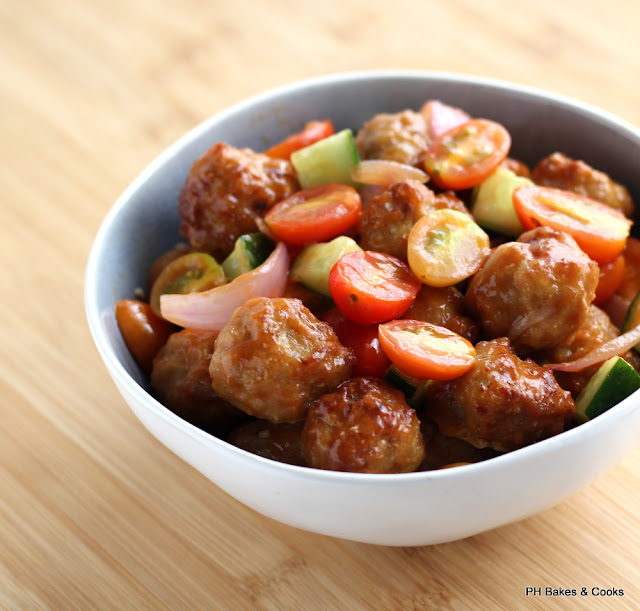 For the baked meatballs :
1. Mix all ingredients together until the mixture becomes gluey and sticky.
2. Form into balls and place them onto a lined baking pan.
3. Bake at 180C for 22-25 minutes or until meatballs are browned.
4. Remove from oven and set aside.

For the sauce :
1. In a bowl, mix the cornflour with water until cornflour dissolves.
2. Then add tomato ketchup, light soya sauce and apple cider vinegar. Set aside.
3. Heat oil in a wok and saute the onion wedges until wilted.
4. Add cucumber and tomatoes and stir fry briefly.
5. Add the sauce and bring to a boil.
6. Add the baked meatballs and toss all the ingredients together.
7. Dish out and serve. 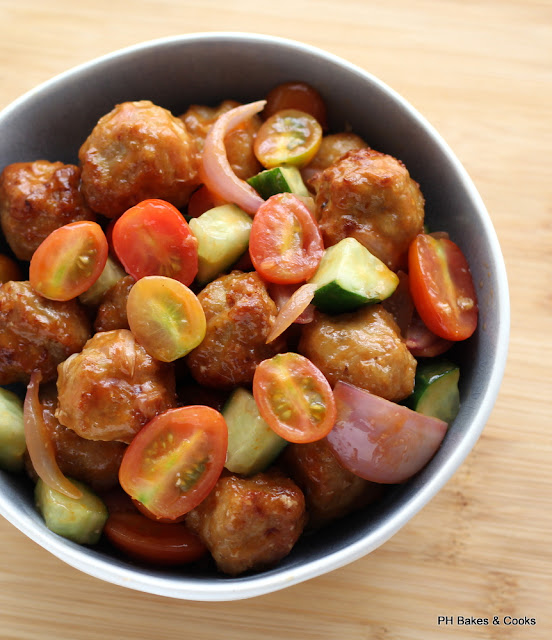