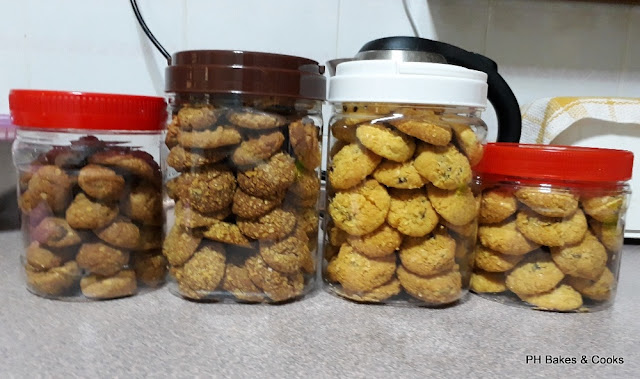 Sempena Chinese New Year, I spent a few hours baking. I didn't have much energy, I was more like an engine sputtering and spewing smoke.


Instead of VROOM..VROOM... I was more like vroom...vroom..ehek..ehek... I posses none of the energy I had back in 2016 and yesteryears where I actually cooked and hosted the reunion dinner and even lunch/dinner the following day(s). No more! 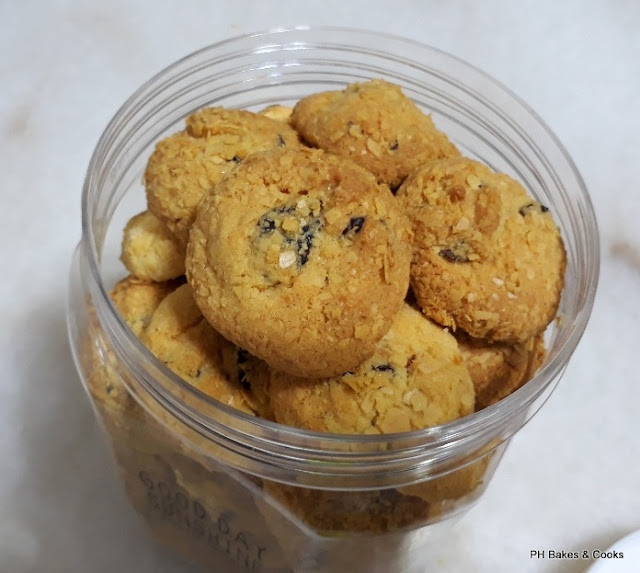 I found packets of dried cranberries in the fridge which were still good and I bought Nestum to bake these cranberry Nestum cookies. As usual, I cannot get the cookies small and dainty no matter how hard I try. 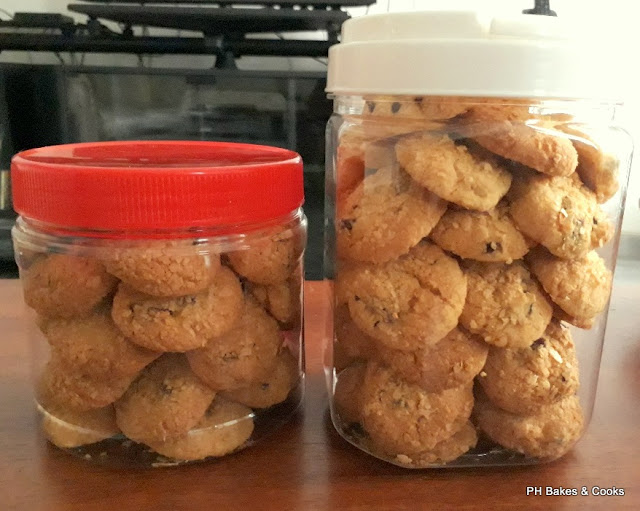 This is the first batch. Had to bake in four batches because my oven is small. Then I started on my next batch of cookies. 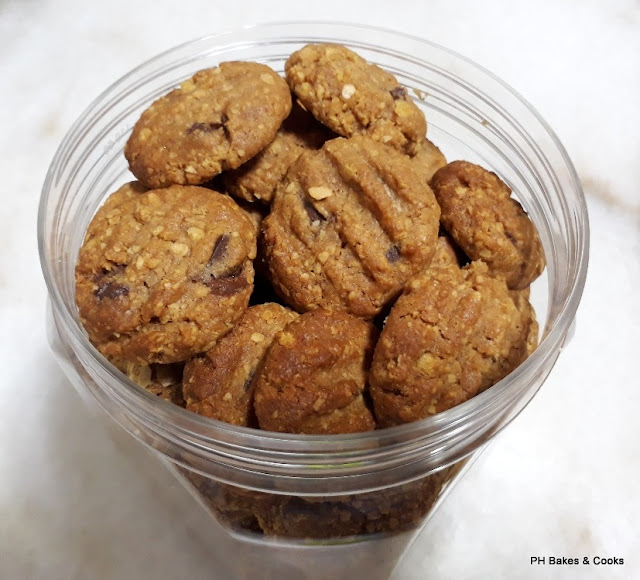 These are chocolate based and since there was still a lot of Nestum left after coating the first batch of cookies, these became Horlicks Nestum chocolate chip cookies.

The initial two batches were rolled and coated with Nestum. Then I got tired and dumped the Nestum into the remaining dough. Made them into little balls and pressed with a fork.

Then I was exhausted and made larger balls and pressed them thinly to make some sort of crunchy biscuit. 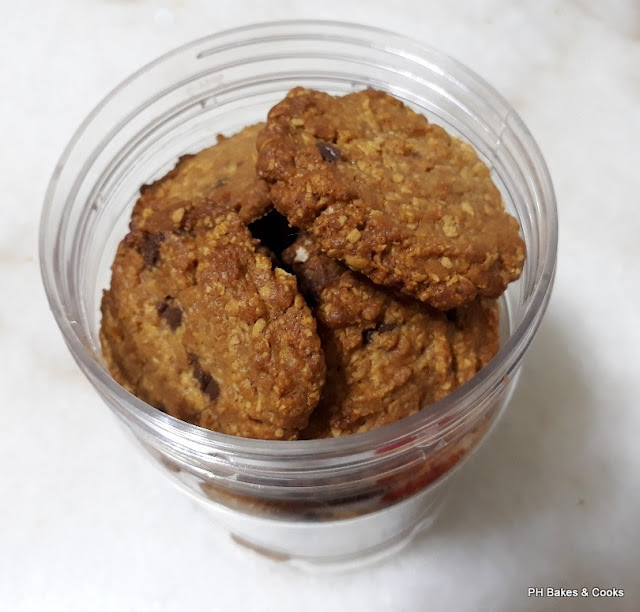 See. One dough. Three shapes. Many sizes. That's why I don't sell cookies. If I sell, I have to make sure same size, same shape. So I cannot be bothered. I bake. You eat. Don't complain. Simple. hah..hah.. 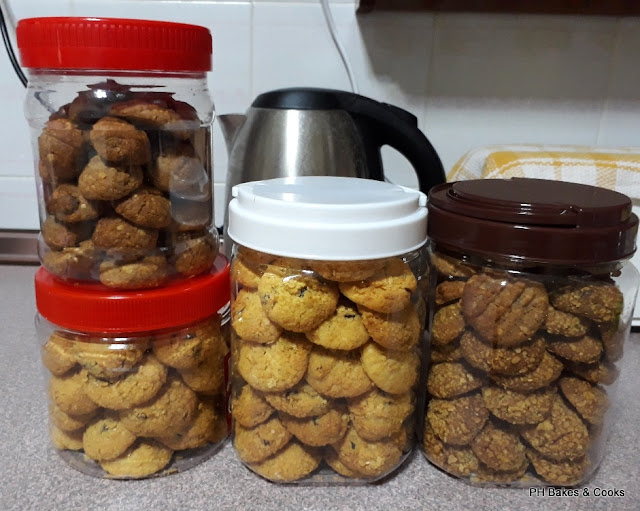 Tomorrow is the eve of Chinese New Year and my family and I are having our dinner at a restaurant. No cooking! Woohoo!! heh..heh...

I would like to wish all of you who are celebrating a very HAPPY, HEALTHY AND PEACEFUL CHINESE NEW YEAR! KEONG HEE HUAT CHYE! HUAT AH!
Posted by PH at 17:27