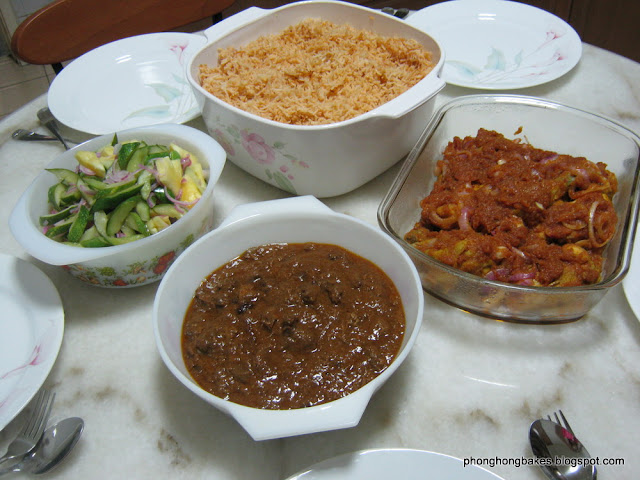 The dinner is done, food eaten, lots of leftovers and after my family left for the evening, I spent a good hour or two washing up and packing up the excess food. Everyone seemed happy with what I cooked except me.


Let me continue from where I left off yesterday. After I was done with the cleaning it was time to relax. I needed to wind down after the drama with the broken cake and broken tap. After a simple dinner, I parked myself on the sofa with the air conditioner on full blast. I watched some TV and then my mind was drawn to something. This. 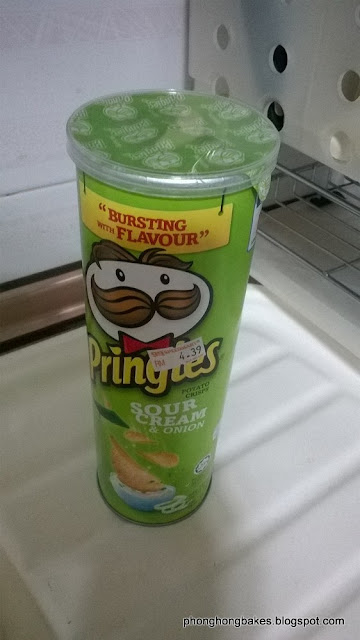 In times of stress, I stuff my face with Pringles. It's better than Prozac. I ate the whole canister and heck, it was so good. Then I whacked 3 mandarin oranges and took 2 capsules of probiotics so that the little critters can work on the fiber. Am I being gross? Then I went to bed.

I woke up at 4am and after last evening's transgression I had to work out. I probably burned only 5 chips. 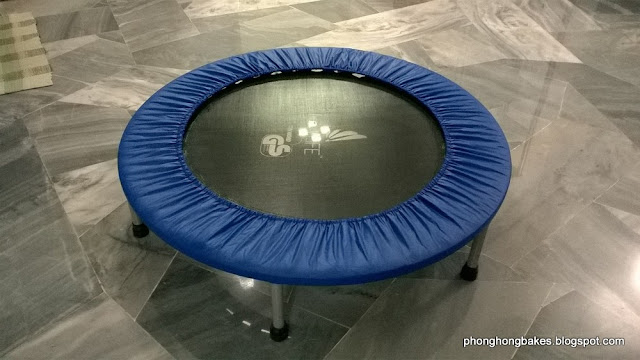 After all that jumping, it was time to prep for tonight's dinner. The beef curry was taken out to defrost. 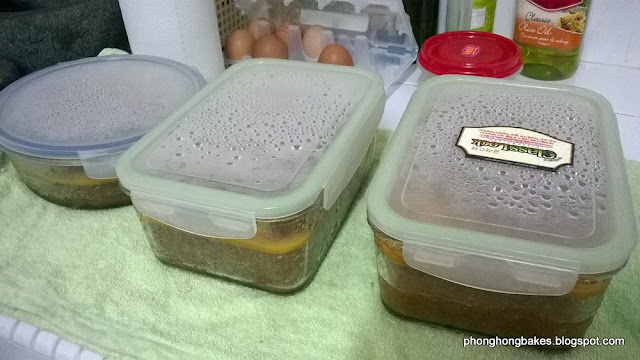 Since my sister-in-law and my nephew and niece do not take beef, I had to cook some chicken for them. I decided on Ayam Masak Merah, something I have not previously attempted. Bad idea. Never cook something untested if you are going to serve it at a dinner party. Chances are you will mess up. I got the spice paste ingredients ready before I went to Aeon to shop for some chicken and other stuff. 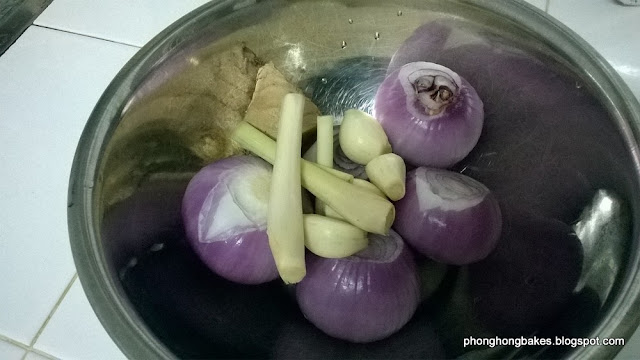 I dropped by Cold Storage first to browse since they open at 9:30am. I found this. Crocodile meat. Seriously? No, that wouldn't do for the reunion dinner. 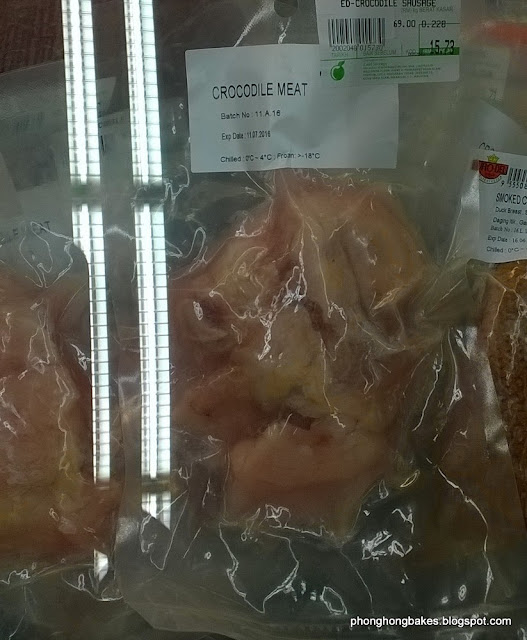 Then I made my way to Aeon. I had to be early because I knew there would be a crowd. I just wanted to grab what I wanted and get the hell out of there. As I was walking to Aeon, I felt my bladder getting full. I already went twice before I came out. I think I have a prostate problem. Hang on a second. I don't have a prostate. 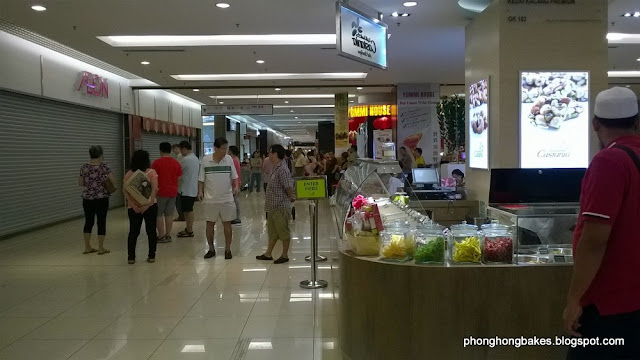 See? Many people are already waiting outside Aeon. Drat. I can't afford to go to the toilet at this rate. 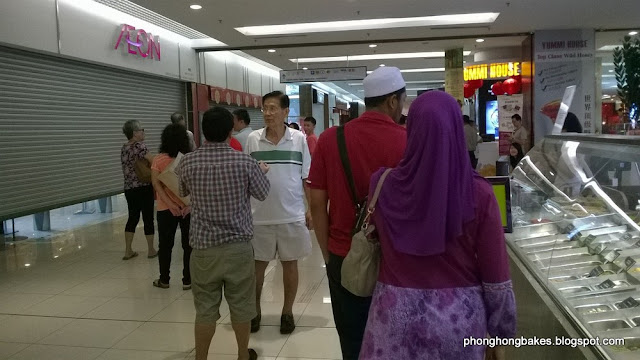 The roller shutter started to open. I was ready to make a dash. 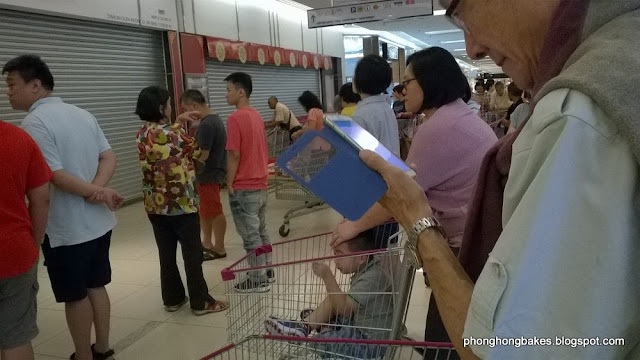 And then it shut down again. Somebody must have pushed the wrong button.

When it finally decided to roll up again, me and a few eager shoppers just ducked and made a dash inside. Cucumbers. Where are the cucumbers? They were nowhere to be found and I was feeling suffocated from the growing number of shoppers.

So I just grabbed some from the organic section. I also picked up some salad leaves, tomatoes, lemongrass, smoked duck and chicken. By 10:20am I was out of there. Speediest grocery trip ever. And I was feeling pressure from my bladder. I just had to suck it up and hold till I got home. At the escalator, I wanted to run but it's very hard to run when you need to pee. Right, Lina?

When I got home, I dropped the groceries and did what I had to do. Then it was all systems go in the kitchen. This was what I served for the reunion dinner tonight.

I was not happy with the beef curry because it tasted vastly different from what I had cooked previously. But my mum and my brothers told me it was good. The Ayam Masak Merah was a disaster. Too much ginger, too little garlic and the taste was off. This warrants another attempt. I must nail it!

This Poon Choy came courtesy of my brother and sister-in-law. Cost them quite a bit, RM400 I think. 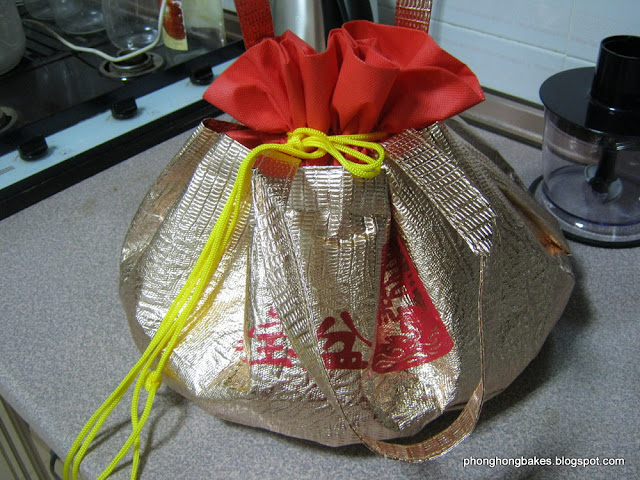 It came in a pretty insulation bag. Inside were scrumptious treasures. 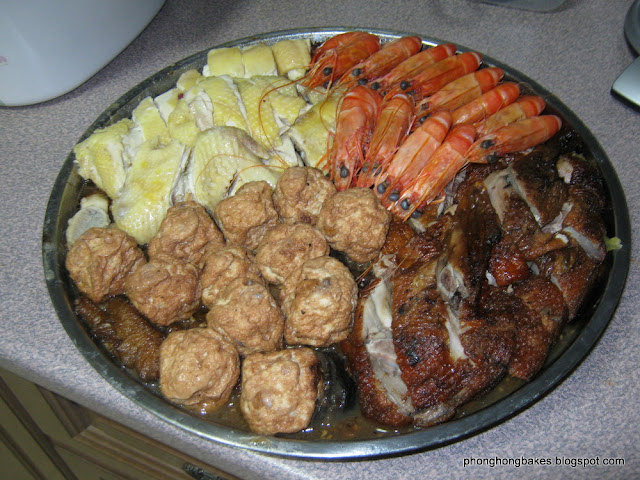 That's just the top layer. There were many goodies underneath.

There was a lot of food and naturally there was quite a bit of leftovers. Initially, I wanted to toss the beef curry but my mum asked me to freeze for her to take home to Terengganu. I tossed the Ayam Masak Merah because it was beyond redemption.

Opps! It's almost midnight and I have to get some shut eye. Tomorrow I am hosting lunch and I better get some rest. Good night! 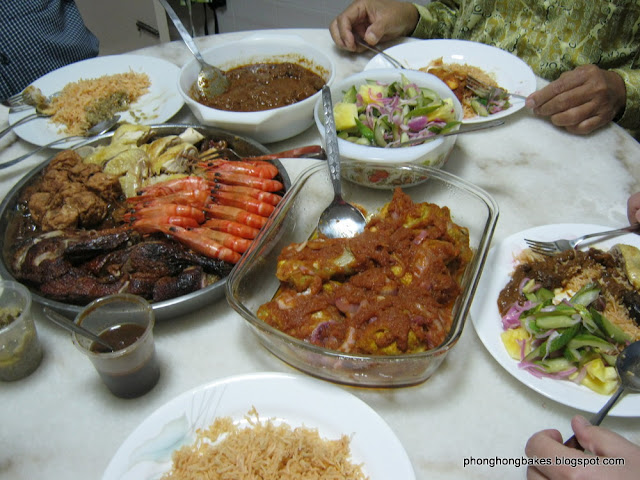