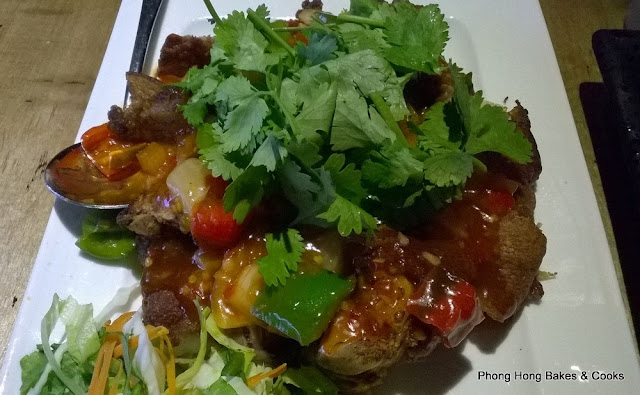 Update : Superthai has closed down.

It was a Saturday, a day before my parents were due to fly off to Kuala Terengganu. Mum had earlier expressed her wish to eat deep fried pork knuckle.

Mum loves her oink oinks and she enjoys fatty pork belly and pork knuckles. I guess I take after her. It's in our genes :) And I know a place for a great crispy pork knuckle-Superthai@Damansara Uptown!


So there we were at 12:00pm. Sharp. That's me and my OCD. If I want to go to a popular restaurant, I make sure I go there when they open on the dot. I do not want to be faced with a crowd.

After looking at the menu, mum was also very keen on the Mango Kerabu. That's my favorite too. 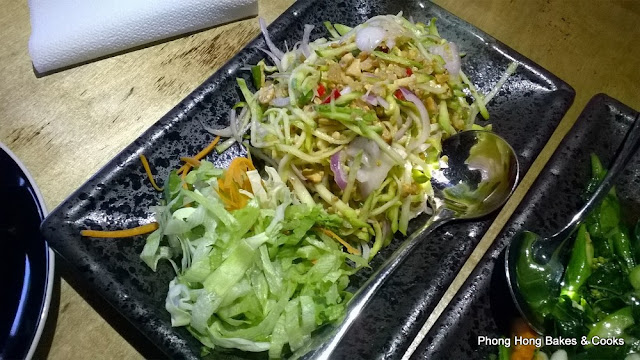 It was as good as we expected. This is one kerabu that I will always order at any Thai restaurant. 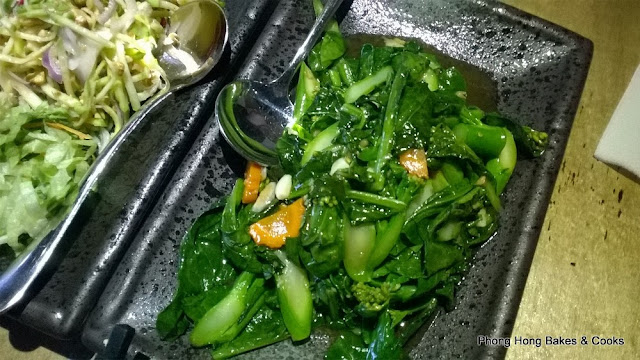 We requested for the Kai Lan with Tom Yum Paste to be changed to a simple stir fry with garlic for my dad who cannot take spicy food. The stir fried kai lan was simple and yet so delicious. 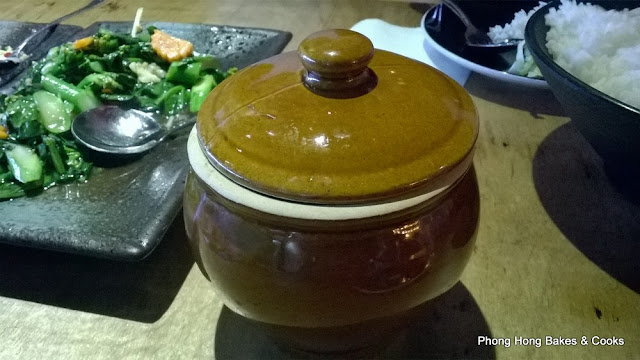 I also ordered a Tom Yum Soup to share with my brother. The soup now comes in a little pot. 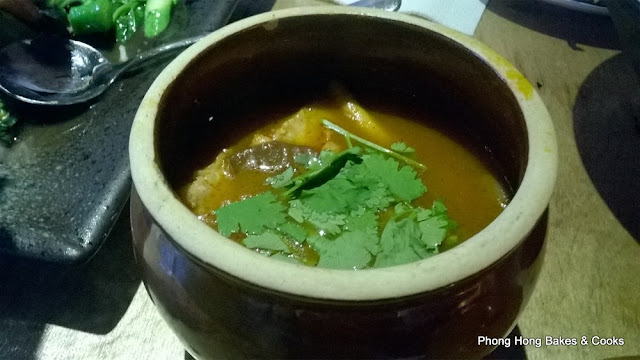 It was fabulous. Just as good, if not better than when I had it the first time. It hit all the right spots and if you are a tom yum fan, you must have the Superthai tom yum. 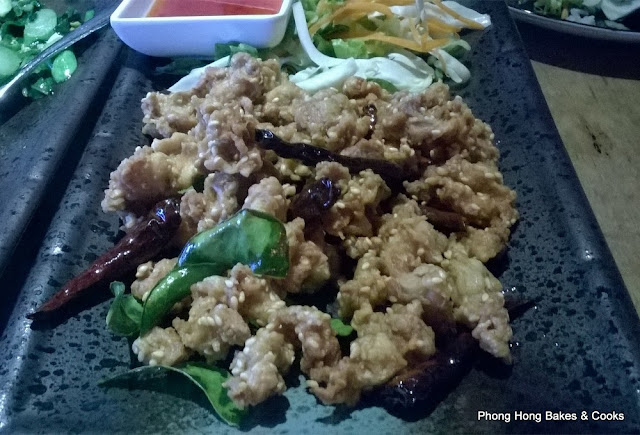 Next up is something I was curious about. Soft Bone Chicken Knuckle. It was a hit all round because it was tasty and super crunchy. The deep fried dried chillies and kafir lime leaves added a lot of oomph to the dish.

As we were finishing our 4 dishes, the Pork Knuckle in Sweet and Sour Sauce made it's appearance. I wished that it could have come to the table much sooner to be enjoyed with the other dishes but I guess this one requires a longer preparation time. 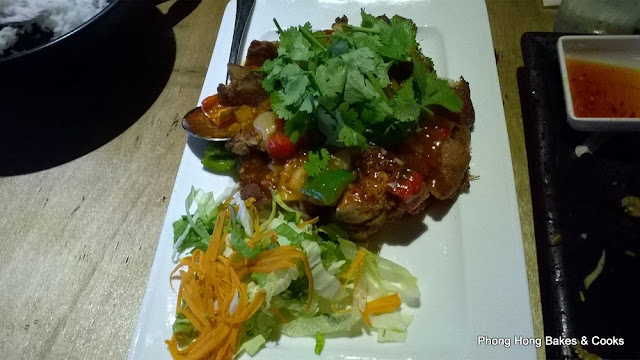 It was worth the wait. The skin was crispy and crunchy and the meat was tender. I was happy to see my mum and dad enjoying the food. And of course my brother too :)

There was a bit of a boo boo with the coffee that my brother ordered. He said it tasted weird. So I took a sip. It had a strong taste like lemongrass or some herb.

When I brought this up with the server, she was alarmed and brought a sample of the black coffee for me to taste. Oh dear, it had that weird taste too. She looked worried but I am uncertain if she understood our complaint.

My brother sent the coffee back and we were not charged for it. Now, out of curiosity I later googled Thai Coffee and yikes!! Apparently cardamon is infused into the coffee and it looks like we were the big boo boos. Paiseh, paiseh.... So now we know not to order coffee here.

At the end of our meal, the server asked if we wanted desserts but we declined because we had another agenda. But still, she returned with a complimentary dessert for all of us. 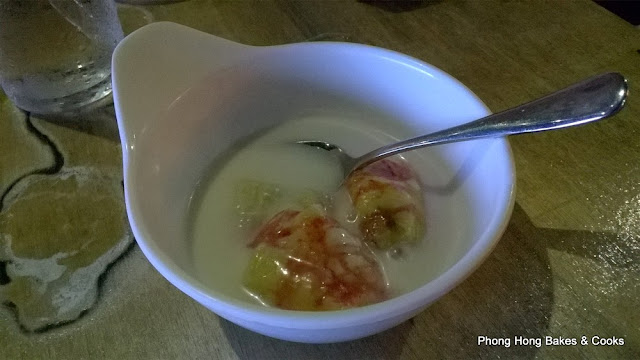 It was bananas cooked in coconut milk. I don't know what it's called but I know it as Pengat Pisang. It was a sweet ending to our excellent meal.
Posted by PH at 07:56