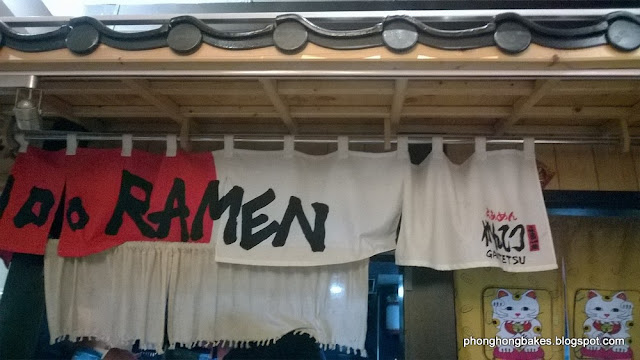 It's cheat day people! I had been without carbs for 7 days straight and feeling the blues. I also experienced severe fatigue while running errands one day. It was so bad that I wished I could just lay down on the pavement to rest.


So. When my brother suggested ramen for lunch, ah! I could not wait to refuel with some much needed carbs.

We went to Isetan's Eat Paradise hoping to sample some ramen at Musashi but the place was undergoing renovation. So the alternative was Gantetsu.

We were quickly seated and my brother had already made up his mind after browsing the menu outside. I did not know what to choose and followed suit. It was a set meal that came with green tea and gyoza. 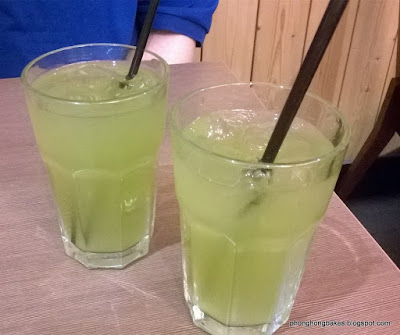 Refreshing cold green tea. The best thirst quencher to me . 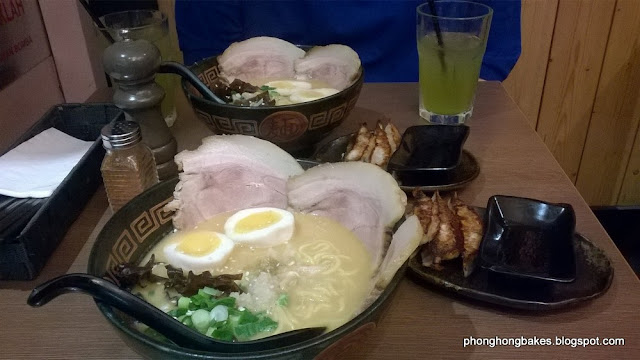 This is how the set looks like. A big bowl of ramen with three big slices of pork and a whole egg and gyoza on the side. 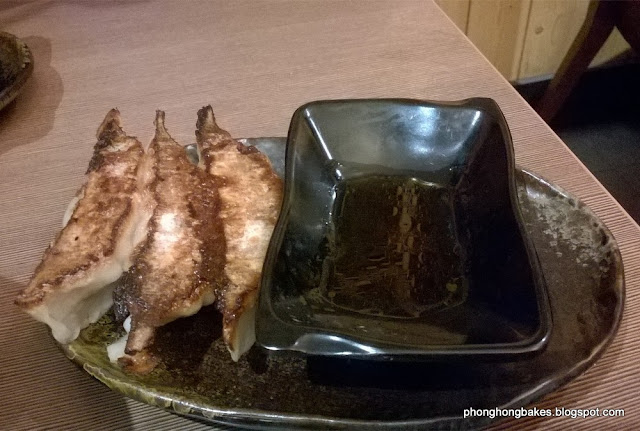 I'm afraid the gyoza was nothing to shout about. It was doughy and all I could taste was the skin. Not much flavor could be detected from the filling. 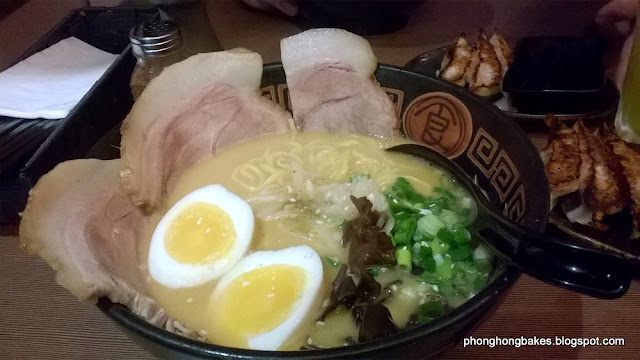 I took a tentative sip of the broth. It had a strong taste of ginger. I won't say I was thrilled at first sip. But it was better than the one I had here.

The noodles are something like mee kuning (yellow noodles) but thinner. It was springy and had a bite. That's how I like my noodles. The pork slices were a little too firm and it was not so easy to break them to eat with the noodles. 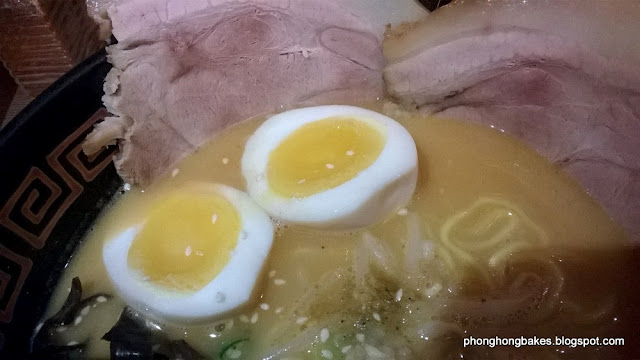 The egg had a soft creamy center. Nice! And it's great that we were given a whole egg and not just half.

Overall, it was nice but I can't say I am crazy over it. My brother likes the one he had at Atria better (which I later discovered is Tokyo Ramen).

When I left Gantetsu, I thought to myself that perhaps ramen is not quite my thing. But last weekend, my brother took me to Tokyo Ramen and boy, what a revelation. Post on that coming up later. 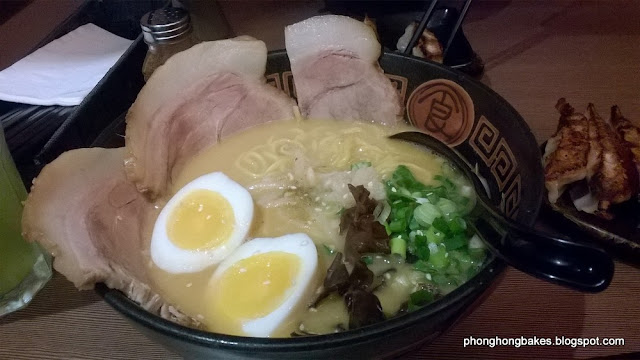