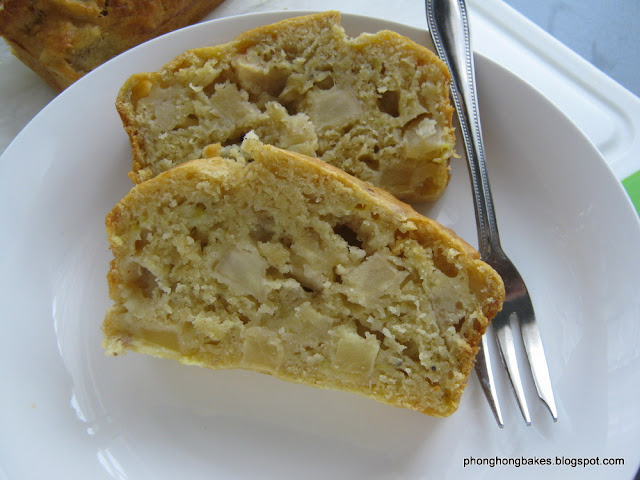 I served  a slice of this Apple Cinnamon Banana Bread to my partner after dinner. "Apple mai cho like that. Boh ho chiak one" (Don't do this with apples. It doesn't taste good). Aiyah. My customer is not happy. But that was before he ate the cake.


As he chewed, he nodded his head and commented that the cake was not too sweet and it was just nice. I think he is still spooked by my Rustic Apple Cake. But never mind his opinion, I had earlier whacked 4 slices of the cake. I thought it was very nice - very moist banana, apple and cinnamon flavor.

Another comment he made was that the cake was too wet. Agreed, it was on the moist side and it was due to me putting too much mashed bananas and diced apples into the cake. It was a case of less is more. Don't overdo the filling or else it will backfire. 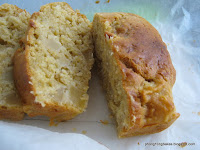 Method :
1. In a mixing bowl, combine flour, brown sugar and ground cinnamon. Set aside.
2. In another mixing bowl, combine mashed bananas, yogurt, eggs, melted butter and vanilla extract.
3. Fold in diced apples.
4. Then pour the wet ingredients into the dry ingredients and mix until well combined.
5. Pour into a loaf pan and bake art 160C for 50 minutes or until skewer inserted into the center of the cake comes out clean. 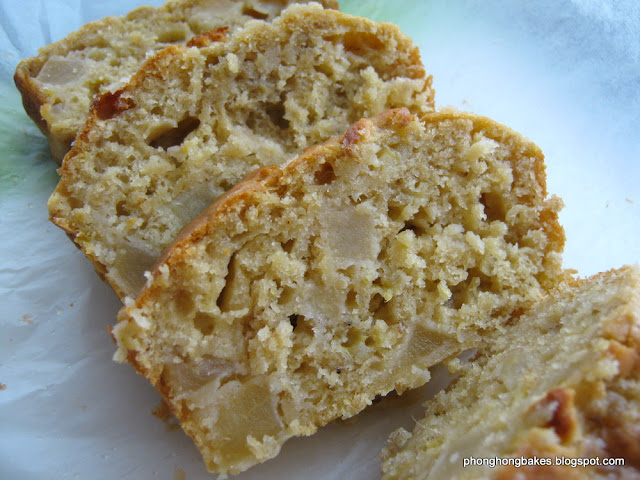