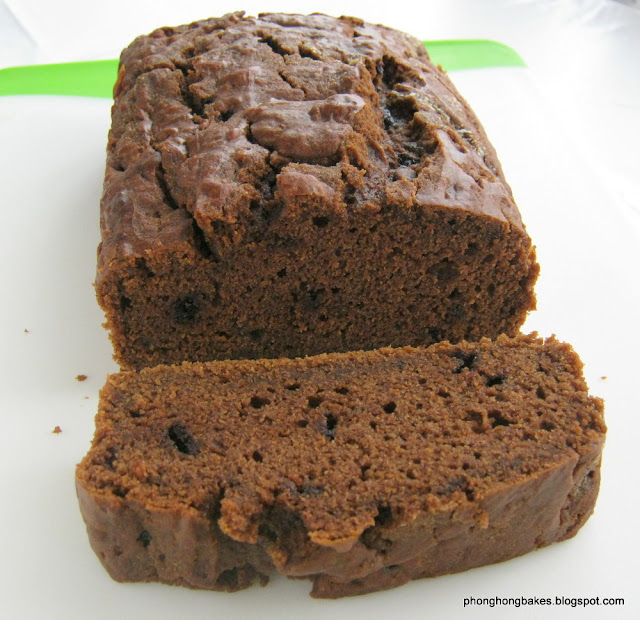 When I first came across the recipe for Ice Cream Bread, I was amazed. Melted ice cream is mixed with flour and then baked. What? Ice cream can be made into bread? Well, it's not actually bread as we know it, but rather a cake. It is not called ice cream cake to avoid confusion with cakes made with ice cream like the ones you can get from Baskin Robbins.


After getting excited about ice cream bread (that was about a year ago), I totally forgot about it but my memory was jogged when I found a tub of ice cream in my freezer. 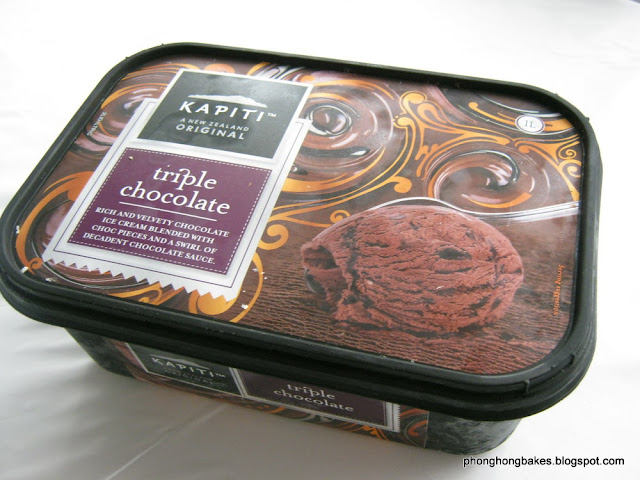 Kapiti no less. Triple chocolate at that. Just read the description "Rich and velvety chocolate ice cream blended with choc pieces and a swirl of decadent chocolate sauce". I don't know how this thing ended up sitting in the freezer for so long, untouched. To forget that I have such a treasure in the freezer shows that my memory is slowly going. 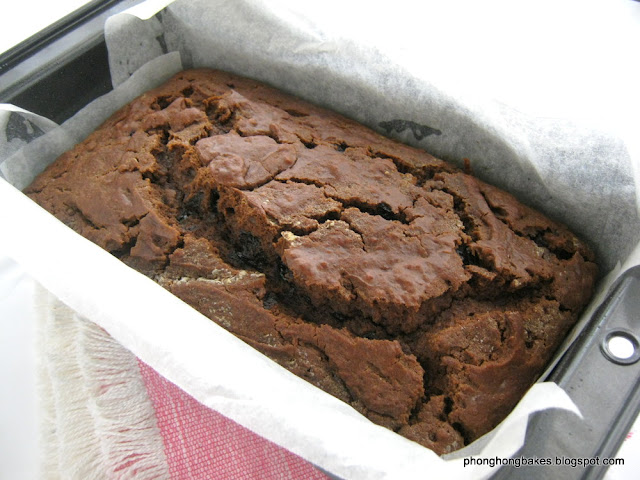 But hey, it's perfect timing for me to finally try ice cream bread and see if it's any good. From what I read, the ice cream lends a subtle flavor to the cake and it is best to have add ons to enhance the flavor. Since this is my first try and since the Kapiti chocolate ice cream appears to be intense, I decided to go kosong (plain, no add ons).

The night before, I took the ice cream to the fridge for it to soften. The next day, I measured out the ice cream and let it stand for a while but I did not wait for it to come to room temperature. 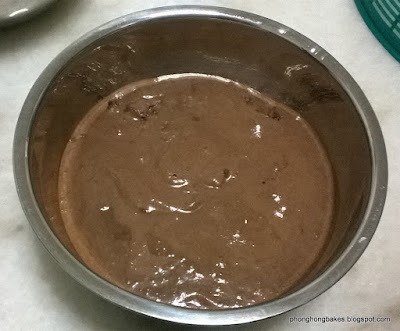 I sifted the flour and then mixed it with the ice cream. I did not use the cake mixer but simply used a spatula. It was pretty much like mixing muffin batter. I tried to be gentle and not overmix and I found it quite hard to mix the batter. It took a while for the flour to be incorporated into the ice cream. 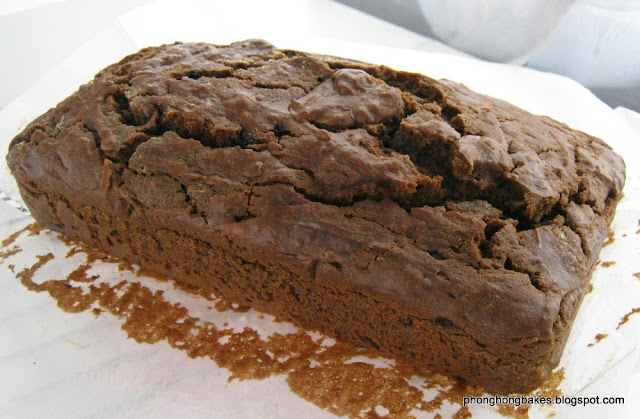 The batter is quite thick and I scrapped it into a lined loaf pan, drizzled melted butter on the batter and placed it into the oven. I set the oven for 50 minutes and was prepared to tent the cake at the 40 minute mark. After a while, the smell of chocolate wafted through my kitchen. Nice. I was quite excited to see how this cake turns out. 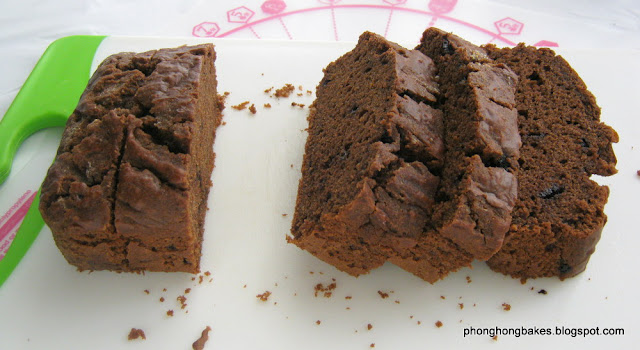 When the cake was done, I took it out of the oven to cool. I noted that the top was full of cracks. It was probably due to overmixing. Whatever it was, my concern was if the cake would taste as good as it smelled and if it had a good texture. 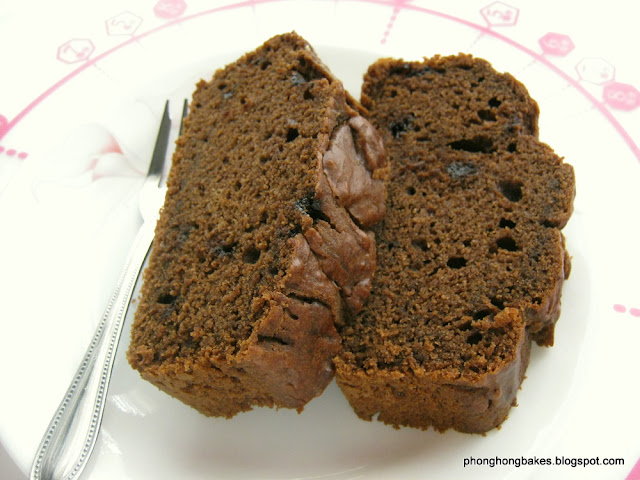 When the cake was completely cool, I sliced into it. The exterior was a bit crumbly and my knife met with a slight resistance. The inside was moist and springy. That was a good sign. And now for a taste. Tastewise, it was a disappointment although the smell was amazing. The chocolate flavor lacked intensity. It was way too mild (in fact it tasted a bit weird) and it reminded me of those lesser quality commercial chocolate cakes. And it was barely sweet which was alright for me. 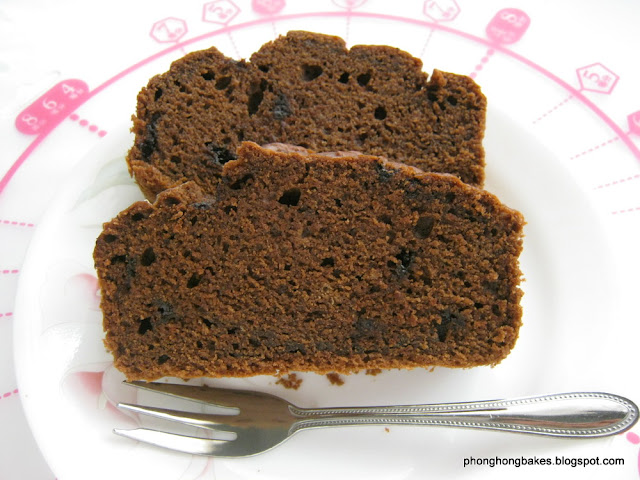 Of course that was to be expected. The intense flavors of the chocolate ice cream was diluted by the flour which explains why you need add ons in the form of extra chocolate or any other ingredients that can complement and enhance the flavor of the cake. 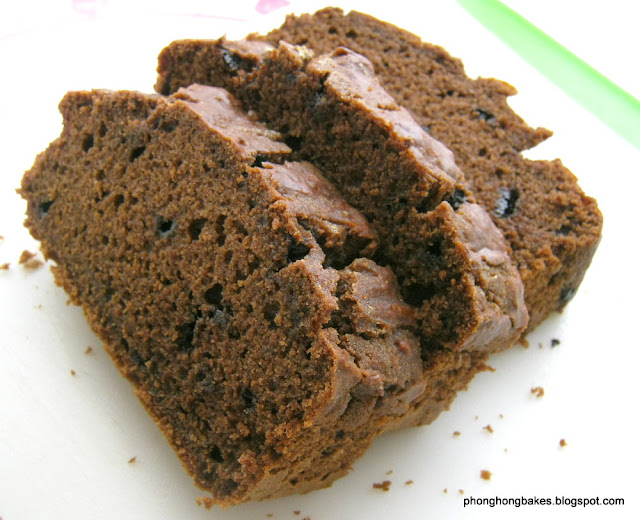 On the plus side, the cake was moist and it had a chewy texture which I liked. It was neither dense nor fluffy, somewhere in between. All in all, this was a satisfying attempt. Come to think of it, ice cream contains eggs, cream, sugar and flavorings - pretty much the same as cake ingredients. 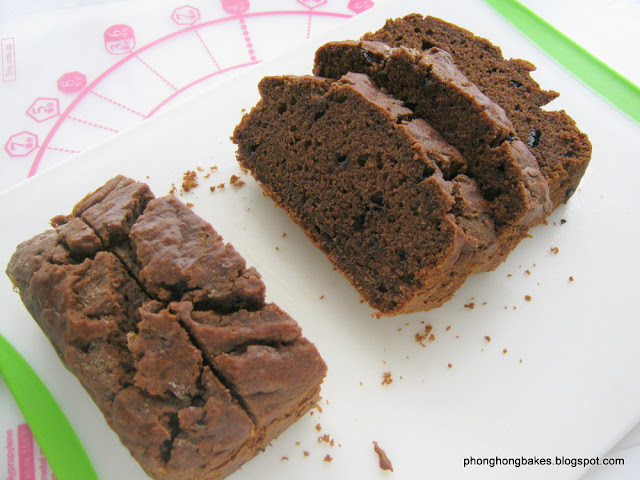 I know some of you must be thinking that the Kapiti ice cream was wasted on this cake on account of the fact that the cake lacked flavor. Yes, I would have enjoyed the ice cream by itself (there's some leftover in the freezer, don't worry) but I simply had to give this ice cream bread a go. Besides, you need good ice cream to get good results albeit with some added ingredients. 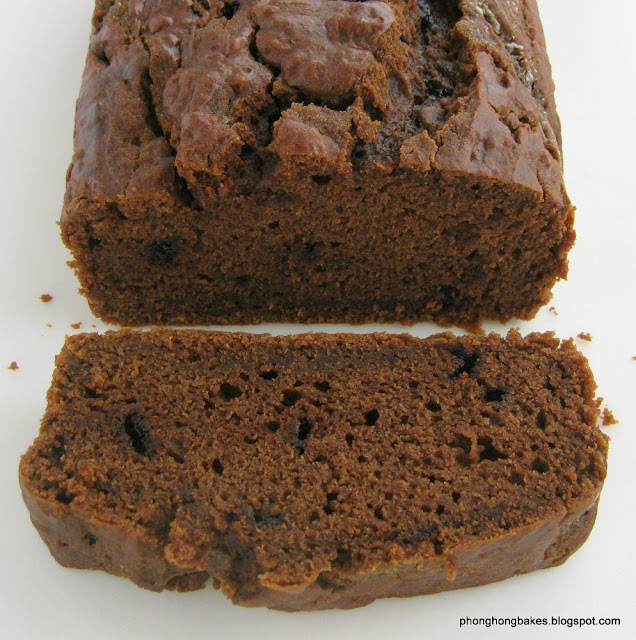 Would I make another ice cream bread? Sure, why not? I would like to experiment with other flavors and besides, it's the easiest way to bake a cake don't you think? 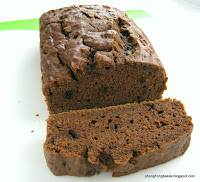 Note : Addition of chopped chocolate, chocolate chips or any other suitable ingredients is mandatory to enhance the flavor of this cake or else you will be sadly disappointed.

Method :
1. Sift flour into a mixing bowl and make a well in the center.
2. Pour softened ice cream into the flour and mix gently until incorporated.
3. Scrap batter into a lined loaf pan and drizzle the melted butter on top.
4. Bake at 160C for 50 minutes or until skewer inserted into the center of the cake comes out clean. 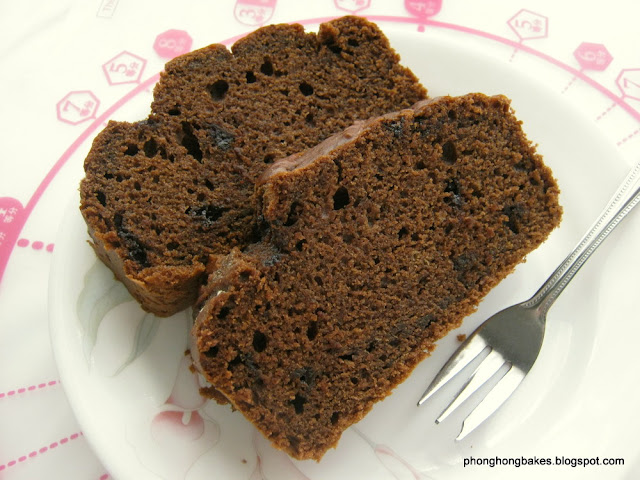