My First Ever Big Breakfast 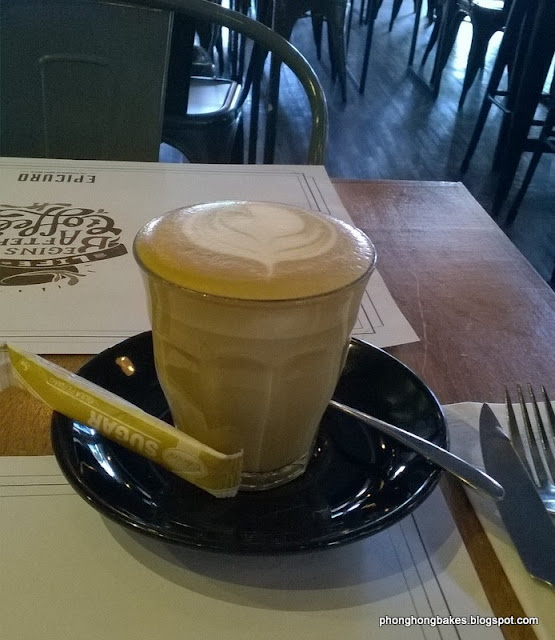 As a matter of fact, it was also my first ever Cafe Latte. I've never ordered one before. Am I pathetic or what?


It was Boxing Day. I worked on Christmas Eve, Christmas Day and yes, on Boxing Day too. Again, am I pathetic or what? Of course not lah. I achieved a lot on those three days and I am glad I sacrificed my holidays for a better 2016 (hopefully).

I skipped breakfast because the Sashimi Bento I had the evening before was still digesting. At least it felt that way. I have been eating smaller portions these days as part of my effort to shed excess pounds. Previously, I could eat the Sahimi Bento plus some side orders but not anymore. Now the bento itself feels like quite a lot of food.

When I got to my office, I felt hungry. Very hungry. Then I thought, hey, I deserve a treat for working for the last three holidays. So at 10:00 am, I walked to Epicuro (CLOSED). They open early on Saturdays for brunch and I was a bit kiasu and wanted to avoid the crowd. 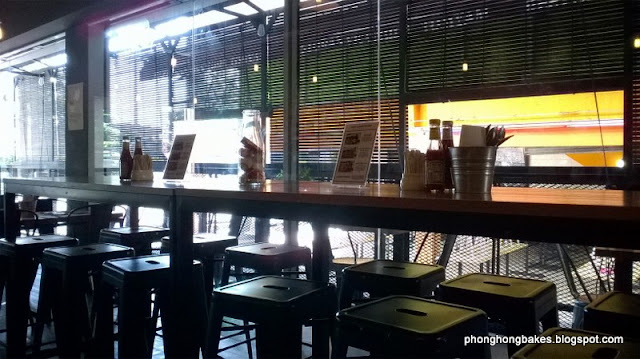 I need not have worried because I was the first one there. It's the holiday season and I guess many people are away on holiday or still snoozing away.

I sat at my usual seat (that's what I do. Wherever I go, I must seat at the same place unless of course if it is occupied) and ordered the Big Breakfast and Cafe Latte. When the server asked me if I wanted a single or double shot, I was at a loss. So I tembak single. That's how jakun I am. 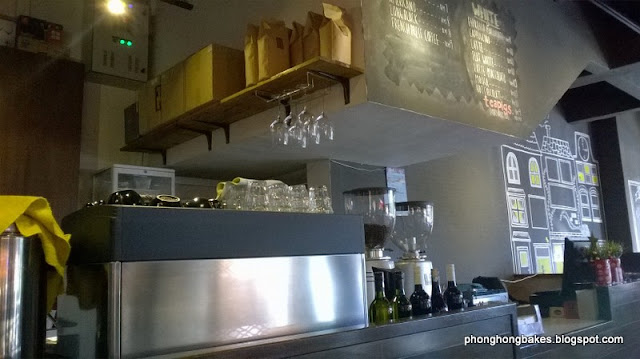 Then I felt kind of weird being the only one there. The last few times I was here, the place was packed. It was peak hours then of course. Epicuro is very popular and it is best to be early.

Want to know why I did a Big Breakfast that morning? It's all RG's fault. Or rather influence. I saw his Lazy Man's Christmas Breakfast and I wanted some. Since I was on Lazy Woman mode, I did not have the energy to make my own. Besides, there's no thrill slaving in the kitchen so early in the morning and the thought of washing up made my mind shut down. It's nicer when someone else does it for you. All you do is just sit back and enjoy. At a price of course. 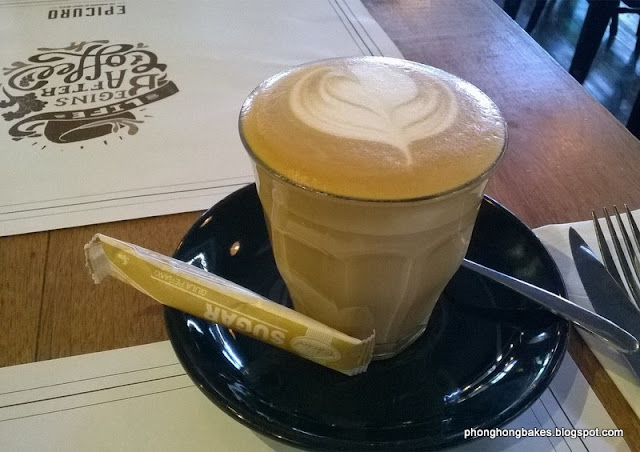 Ah, my Cafe Latte! I dispensed with the sugar (it went into my handbag. Could be useful when I bake) and had the coffee neat. Ooohh!! Very nice! No wonder my brothers loves it. It doesn't need any sugar at all. 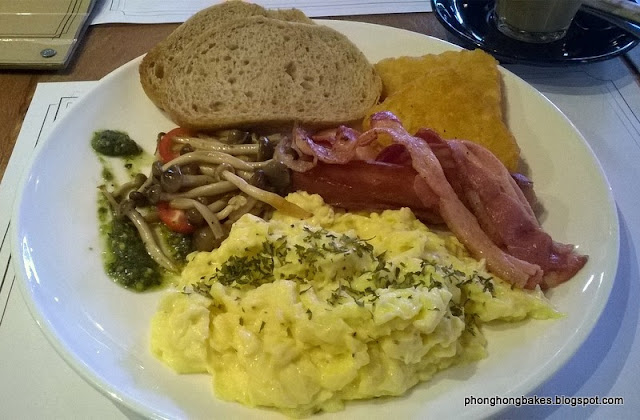 There you go. My Big Breakfast. Two slices of toast, sauted mushrooms, pesto, scrambled eggs (you have a choice of sunny side up too), a sausage, two strips of bacon and two hash browns. Eh, where is the butter? I requested from the server and she promptly brought it to me. 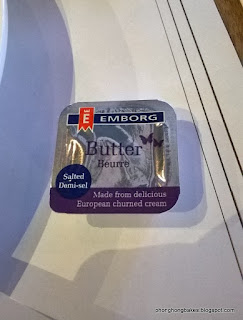 Emborg no less. Nice. I wish there were some baked beans. But never mind. Well, I started with the scrambled eggs, moved on to the mushrooms and then zoomed in on the bacon and sausage. In between I had the buttered toast and hash browns. It was good of course and halfway through, I realized that the Big Breakfast was indeed big. I was feeling quite full already. This will last me till dinner. And it did. 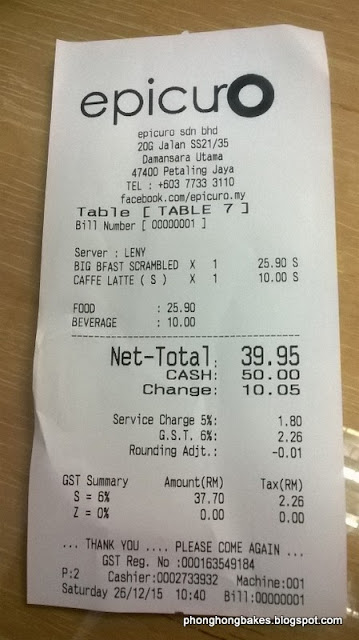 Well, that was a satisfying breakfast. A small luxury for me considering that I can just sit down, relax and walk away when I am done. I was all tanked up and it was time to work, work, work! But don't worry, I took Sunday off :)
Posted by PH at 08:23