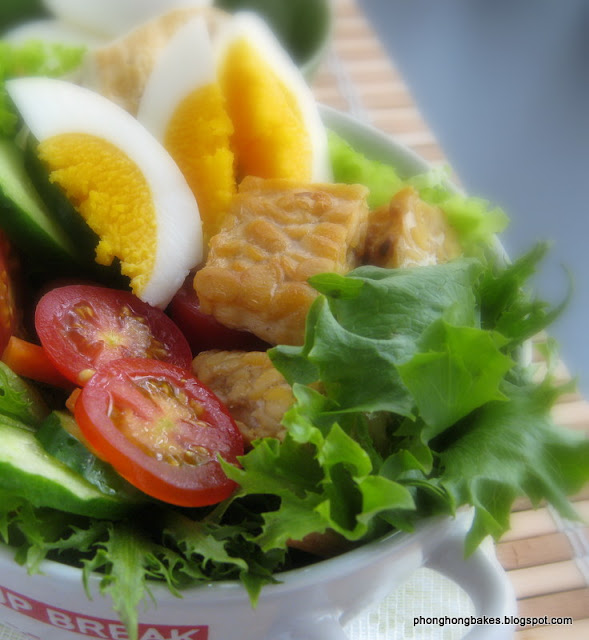 After my not so satisfactory outing at The Salad Bar, I simply had to make my own salad. As I mentioned before, I wanted to do penance for overindulging at a buffet. I ate too much meat and therefore, I needed to go meat-free at least for a day.


My favorite choice of protein in a salad would be hard boiled eggs. So I boiled some. Then I thought, I needed more protein, in the form of vegetable protein. So I fried up some tempeh and tofu. I realized that I bought the soft type of tofu instead of the hard one. Never mind. 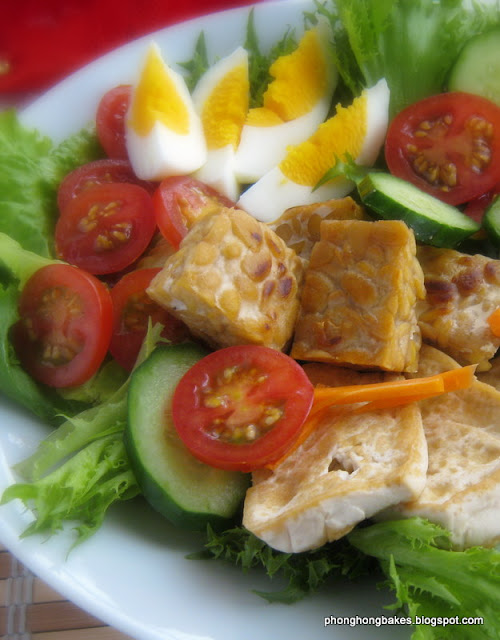 The egg, tempeh and tofu would help keep me full, I hope. I know that just eating vegetables won't be enough. I don't want to go hungry one hour later and start chewing up the tortilla chips that I stashed away for a future Nachos.

For the dressing, I went for a fusion of vinaigrette and Kewpie Sesame dressing. That's because there was barely enough Kewpie dressing. I forgot to stock up. 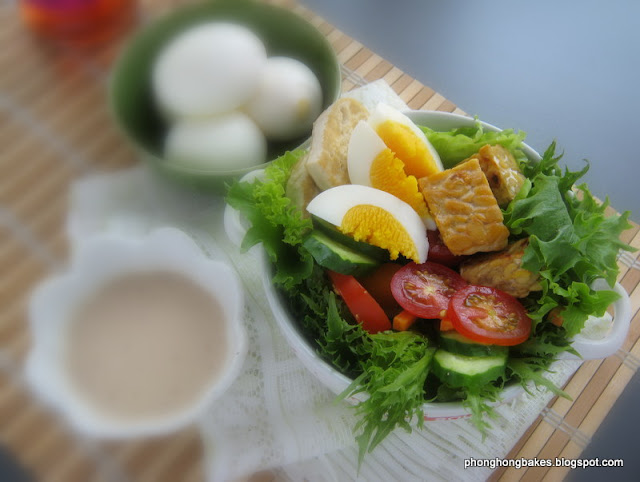 The dressing was heavy on the vinaigrette and was therefore on the runny side. It was a tad sour too. But it was fine by me. Contrary to popular belief, there are fat people who do like sour things hah...hah...hah... 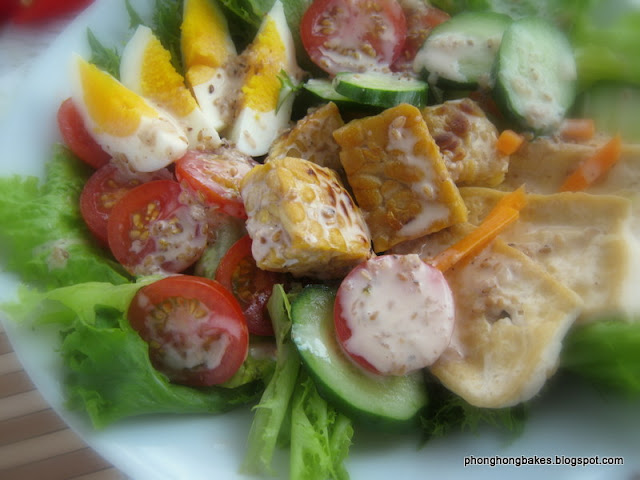 It was not bad, this meat-free meal. But....two hours later I was hungry. So I walloped one hard boiled egg that I stashed in the fridge and I was good. That's the reason why I find it hard to become a vegetarian. I have tried, believe me. I guess I am going to stay the way I am and have my meat-free days in between. 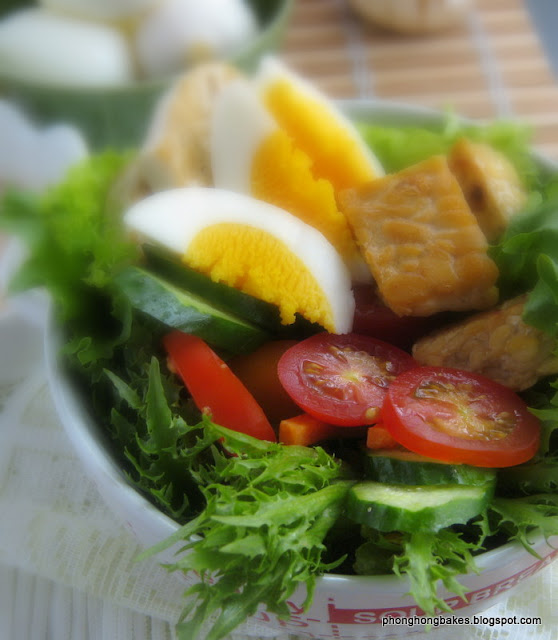 I'll have to say that I did feel lighter that day. If I could keep this up more often, who knows, I won't be so fat anymore hah..hah...hah.... 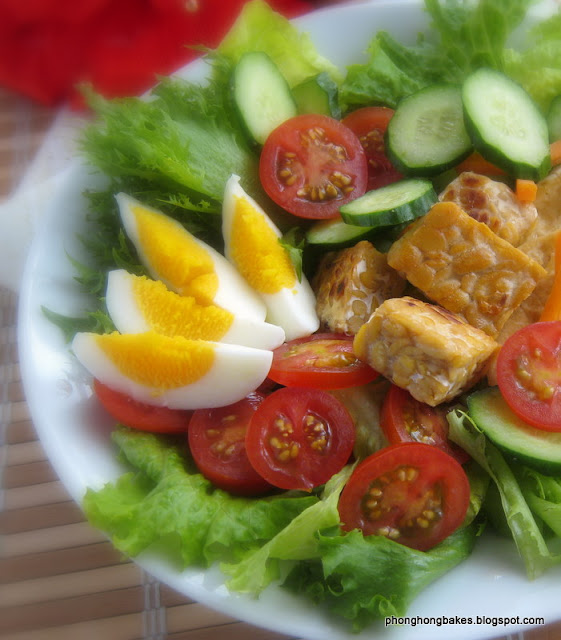