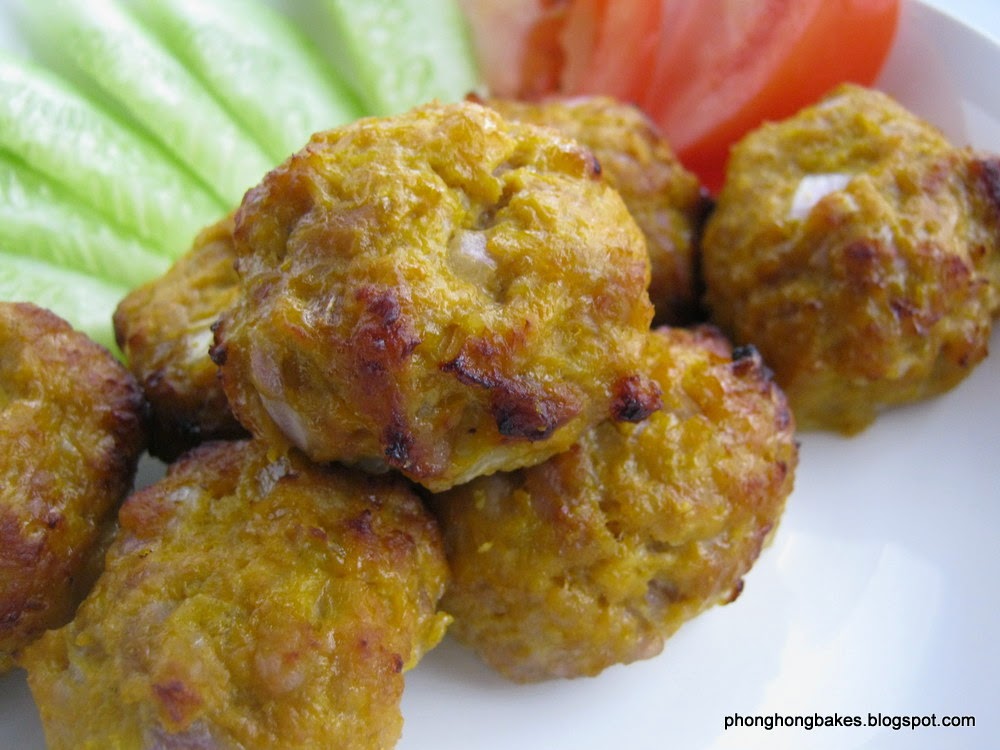 That's it! I finished up the last of my frozen pumpkin puree. Initially I defrosted the pumpkin puree to attempt a pumpkin bread but I decided not take the risk as I have never baked bread before. 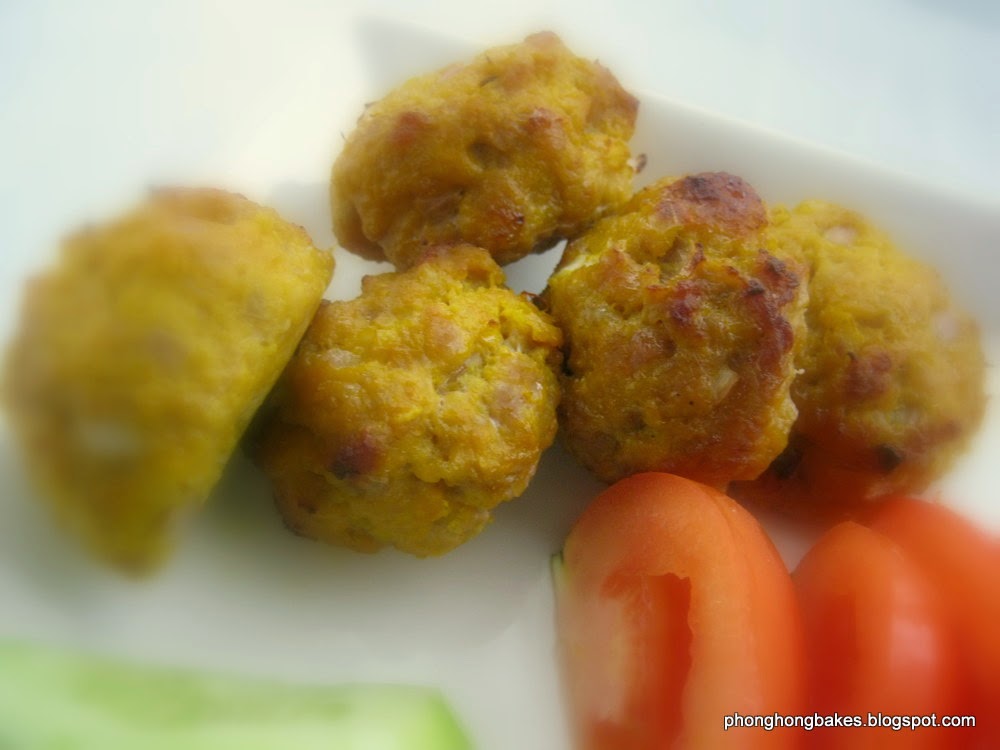 I was prepping the meatball mixture using my usual recipe  to cook porridge for my partner. That's when the idea of adding pumpkin puree came into my head. Why not, right? So I dumped the two tubs of pumpkin puree into the mixture. It made the mixture sticky and I did not have to add any cornflour or egg as a binding agent. 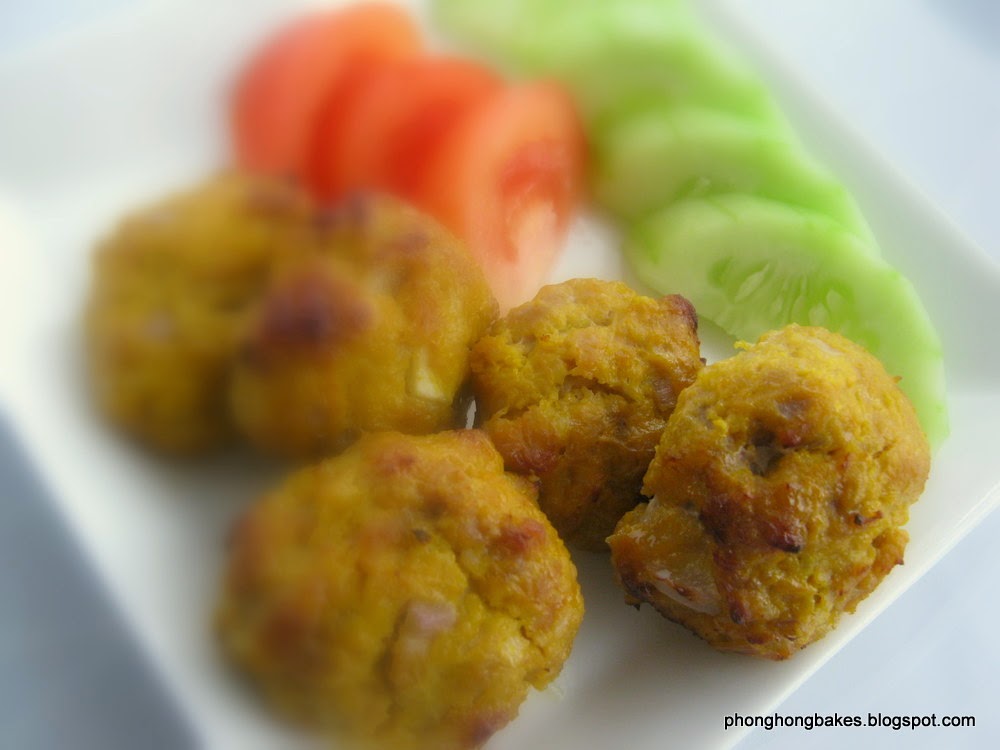 The amount of minced meat was too much for the porridge and I decided to bake the remaining meatballs. Like before, I lined the baking tray with aluminium foil and rubbed it with some oil. Then I formed the meatballs and arranged them on the tray. These were baked at 200C for 22 minutes. 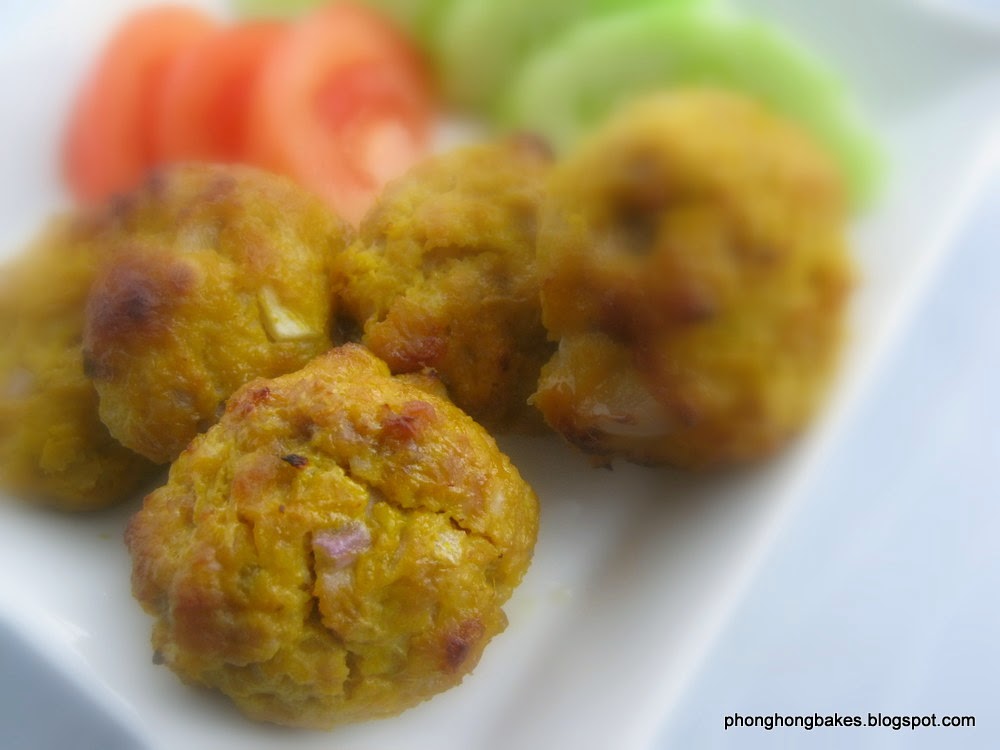 This batch of meatballs turned out much better than the one I made previously. I did not brush any oil on the meatballs and did not flip them over. The only thing I did was to turn the tray at half time to ensure even baking. Best of all, the meatballs did not stick to the foil. 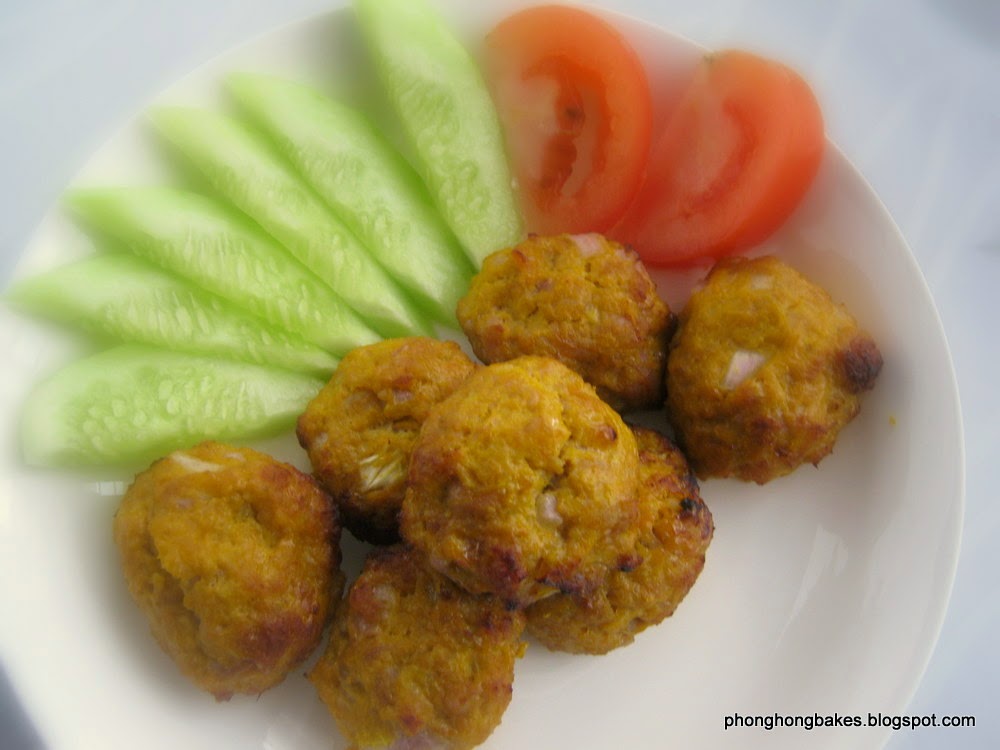 There was some browning on the meatballs and they looked lots better than my earlier Ugly Meatballs. The pumpkin made the meatballs very moist. I guess from now on, I am not going to fry meatballs anymore. Baking is a healthier alternative and it is also a lot more convenient. But I have to admit that fried meatballs have an edge in terms of appearance and taste. But I am willing to compromise. 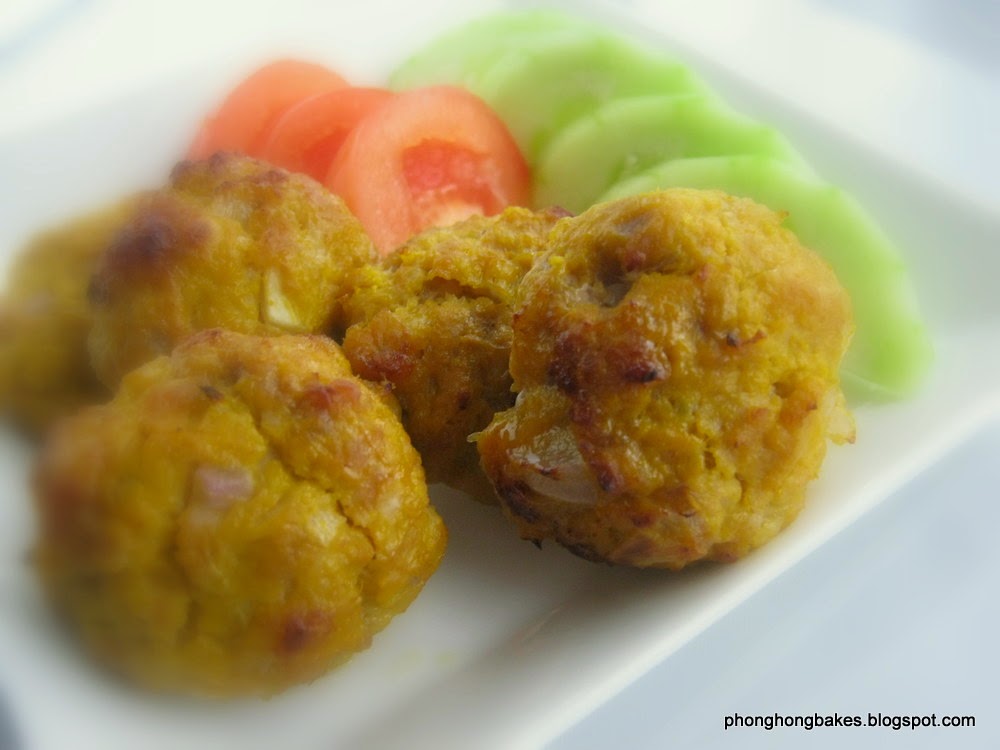 Method :
1. Mix all the ingredients together until the mixture becomes sticky and gluey.
2. Rest the mixture in the fridge for about an hour.
3. Line a baking tray with aluminium foil and rub some oil to coat the foil.
4. Take the minced meat out of the fridge to come to room temperature.
5. Roll into balls and place on the lined tray.
6. Bake at 200C for about 20-25 minutes or until slightly browned and cooked at the center. 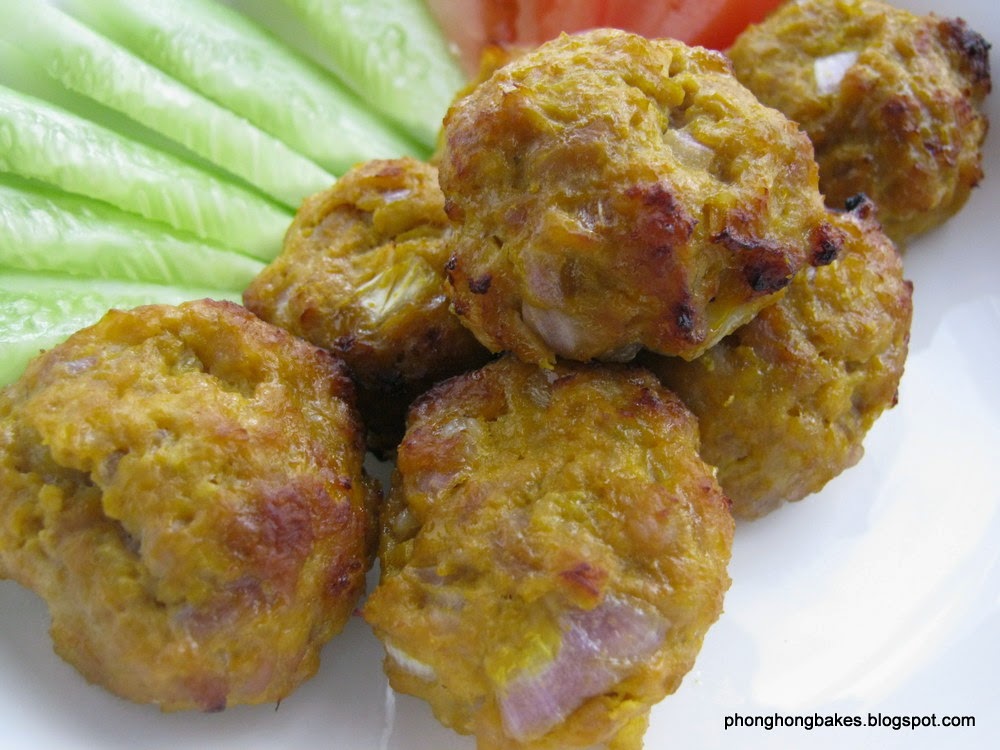