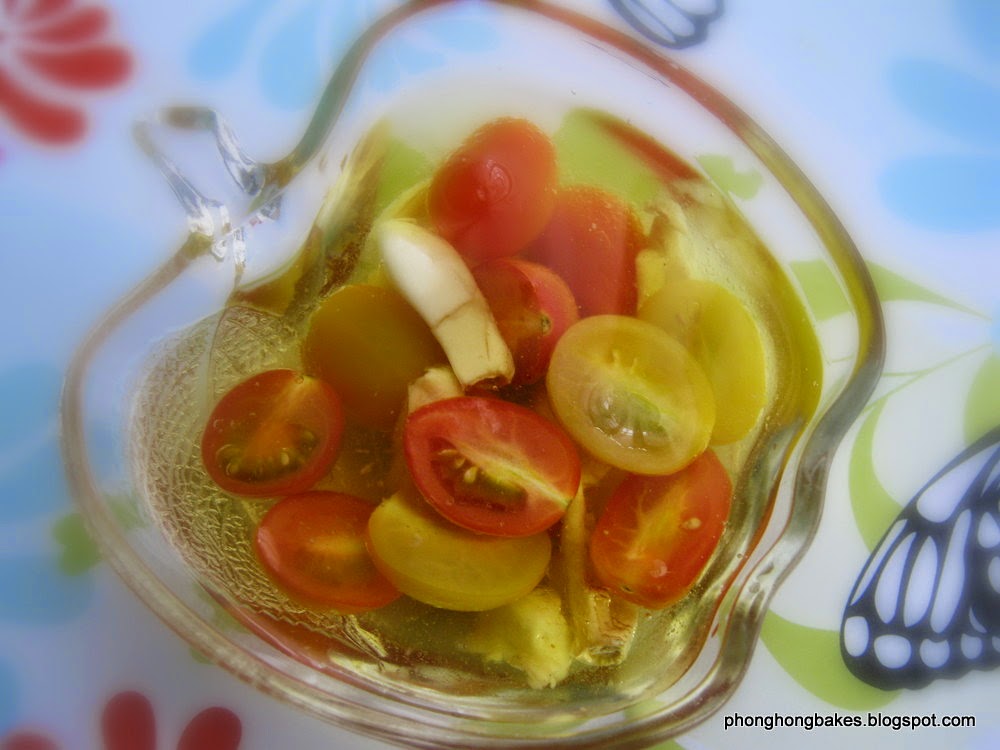 
YB1 is married with two children and he is a very good cook. He does mostly Western and Mediterranean cooking. He was the one who introduced me to paella which he cooked himself. And he once threw us a Mexican lunch at his house. That I remember, was absolutely fabulous.

YB2 is still a bachelor and is the baby of the family. He can cook but chooses not to (too troublesome he says). He can bake too but hasn't done so for years. Mum will always recall his moist chocolate cake and cookies, which most unfortunately I never got to taste. But I think mum is secretly relieved that YB2 has not baked since. 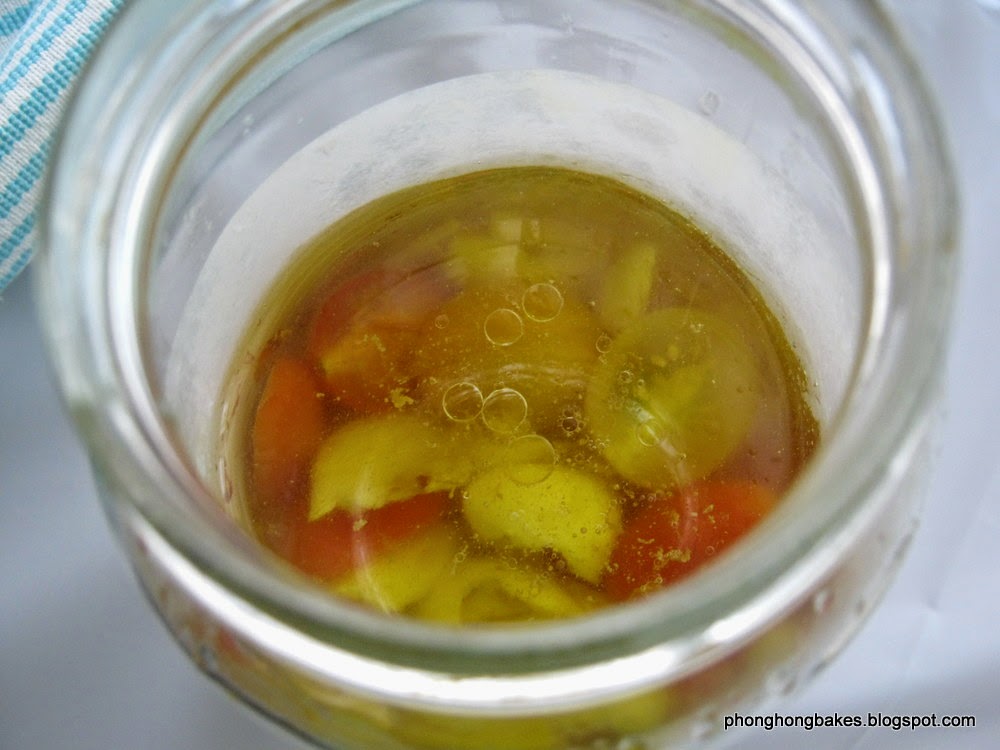 Anyway, last week we had a family gathering at my house. It was some sort of a post Chinese New Year gathering with my parents and my uncle in tow. As usual, there was lots of food.  The resident madam chef was in a lazy bum mood, hence the food (an assortment of noodles) was outsourced from a popular Hokkien mee outlet. YB2 did the buying. Yeah, shame on me.

When everyone arrived, YB 1 and I went into my kitchen. I got him a big stainless steel bowl and he emptied one packet of salad greens into it. Next he brought out the pork. Outsourced he said. Oh yeah, siew yoke! My favorite. 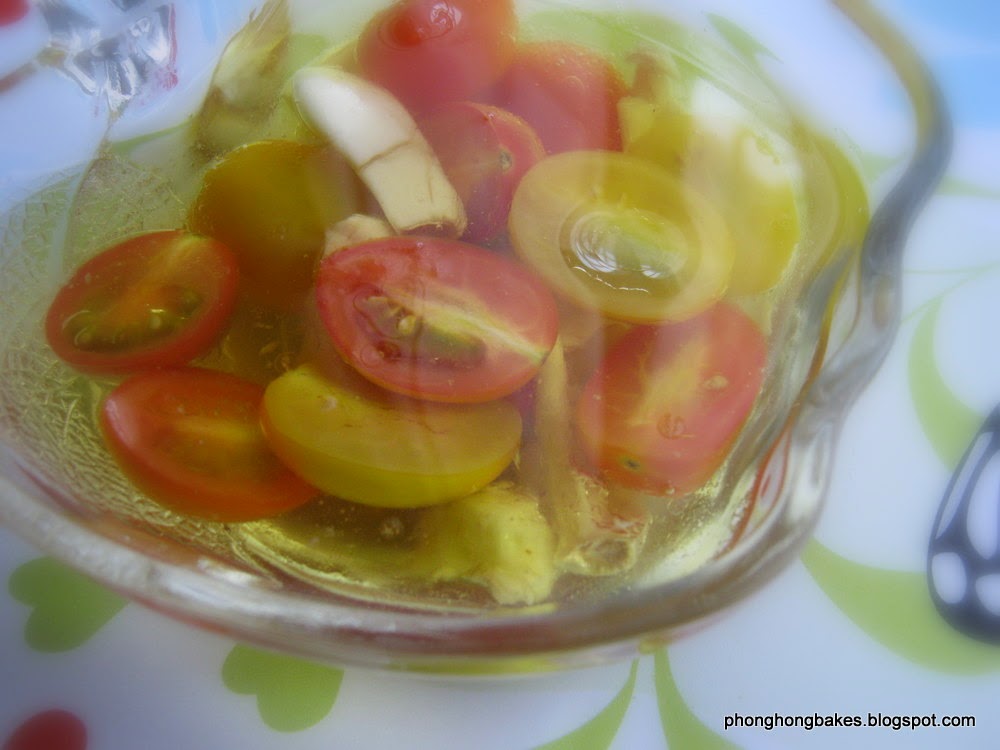 Then he brought out his salad dressing which he kept inside a ziplock bag. It was his signature vinaigrette with cherry tomatoes. Some of the siew yoke was added to the salad, vinaigrette in and I tossed the salad. And then my brother brought out something unexpected from his bag of tricks. This : 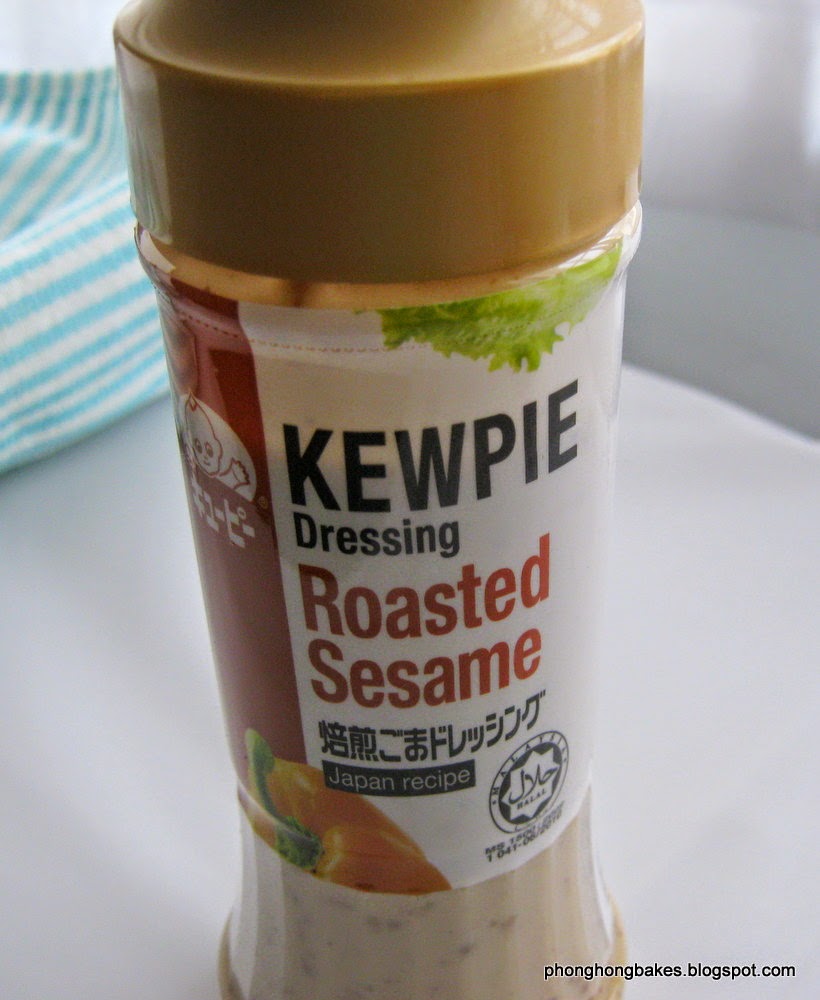 I was like, huh? The salad was already tossed with vinaigrette. Why this roasted sesame dressing? Well, it was his salad and I better not behave like a bossy big sister. He proceeded to pour some of the Kewpie dressing into the salad and I continued to toss. 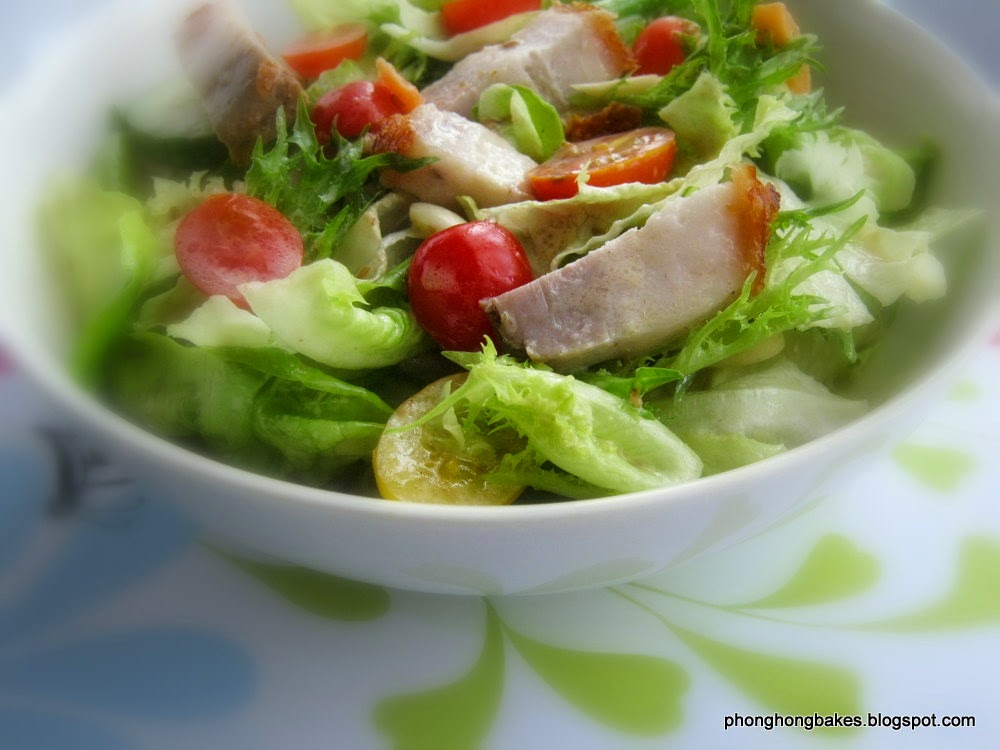 "OK, you have the honor of tasting", said my brother gleefully. Oh, okie.... ngap, ngap, ngap..Hmmm!!! Very good! Geez, I thought it was a strange combination but it worked. The vinaigrette complimented the roasted sesame dressing. Who would have thought? 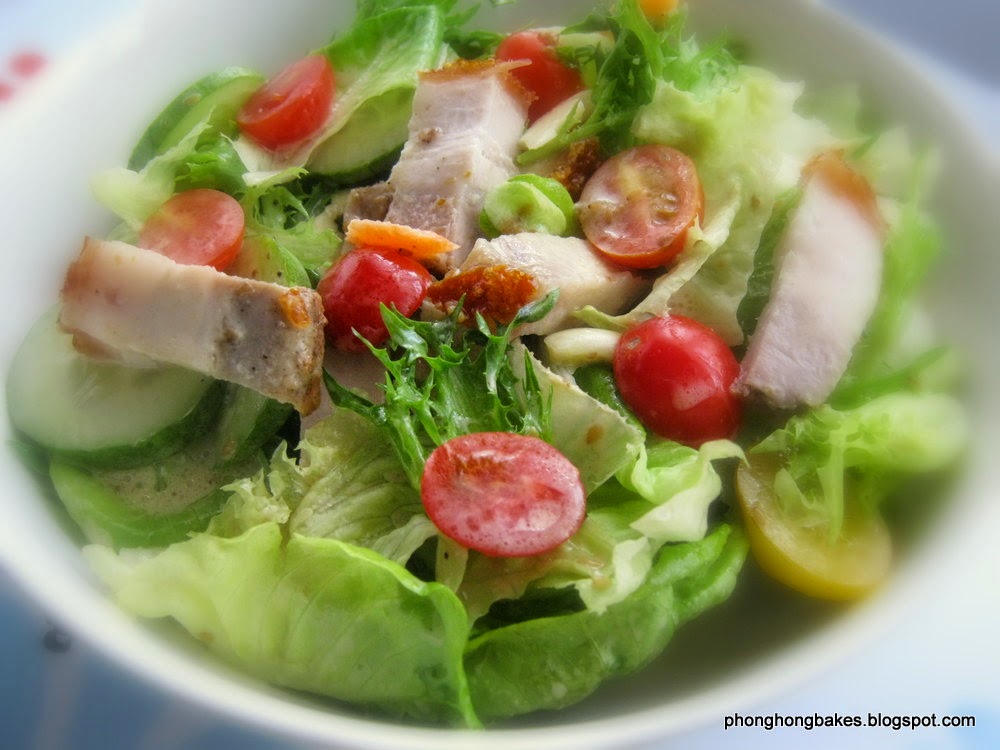 So I learnt something new that evening - how to make a cocktail of a dressing by mixing Italian style vinaigrette with Japanese dressing. I don't know how my brother got on to such a weird combo. Maybe one day he had leftovers of both dressings and decided to pool them together. That's how discoveries are made, unintentionally. 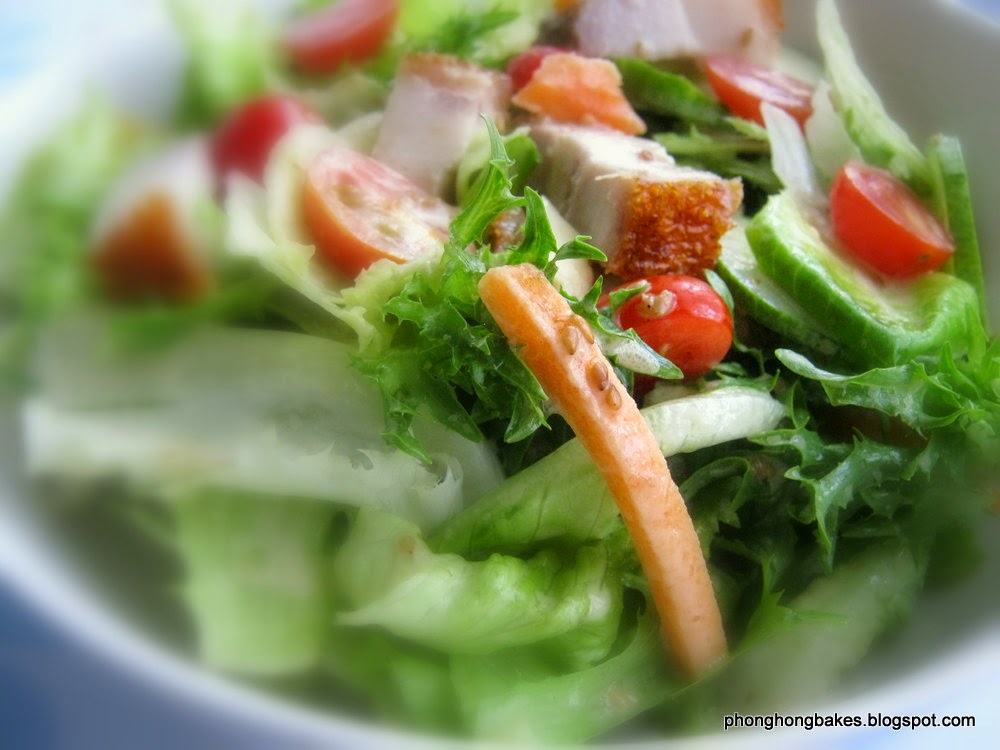 I know what you are thinking. Didn't I say that we had noodles? What's salad doing among noodles? Well, folks that's how my family rolls. My mum, irregardless of what she cooks, will always have a big bowl of salad on the table. Be it chicken curry, ginger chicken or fried fish, her coleslaw or French Salad will always accompany our meals. So Hokkien mee and salad it was, weird as it may seem. 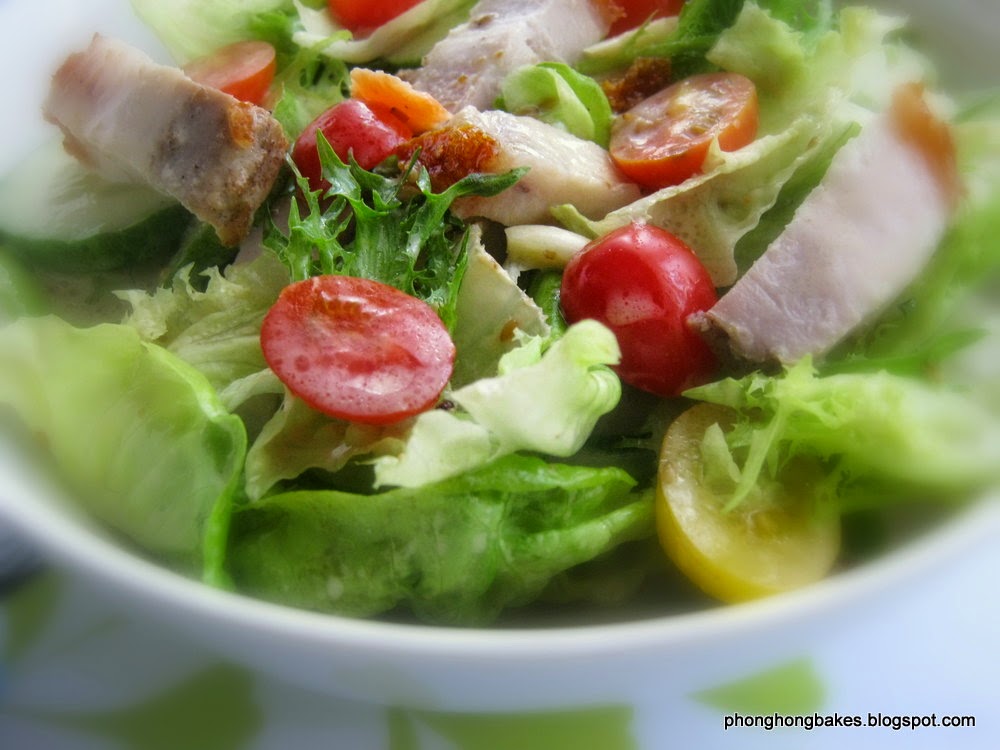 There is no recipe here as this vinaigrette is made using the "agak-agak" (estimates) method. The ingredients are apple cider vinegar, garlic, salt, pepper, honey and cherry tomatoes. My brother says that by steeping the tomatoes in the dressing, it makes the tomatoes taste better.

Quite honestly, the dressing that I recreated did not taste as good as my brother's. I think it needs his special touch :) So I did not really give away his secret recipe after all. 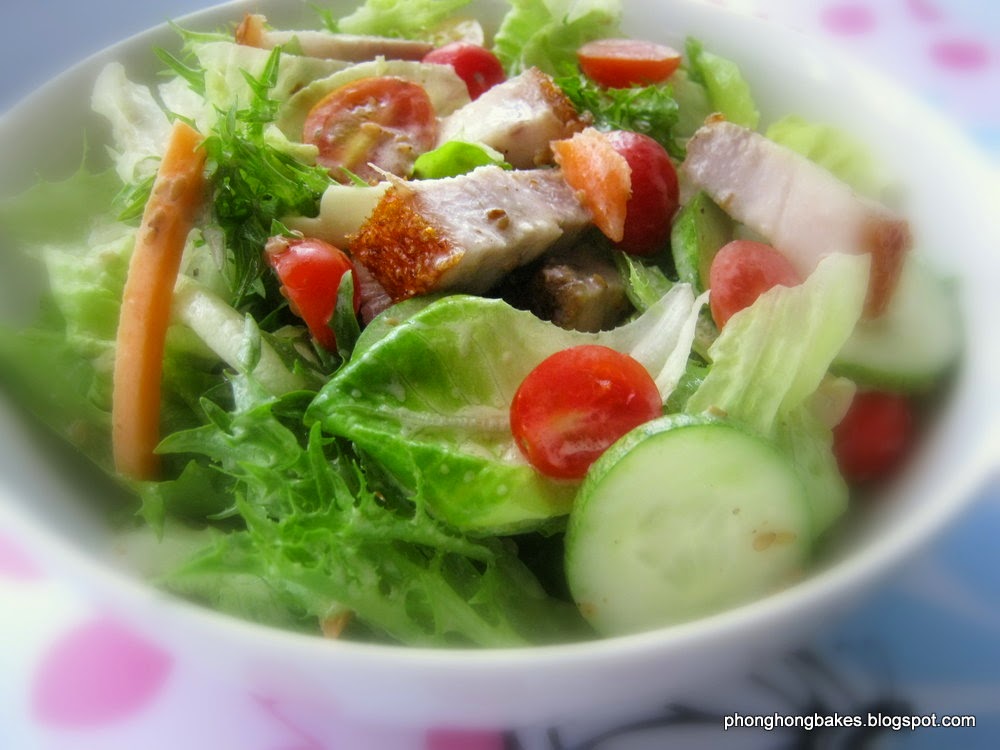