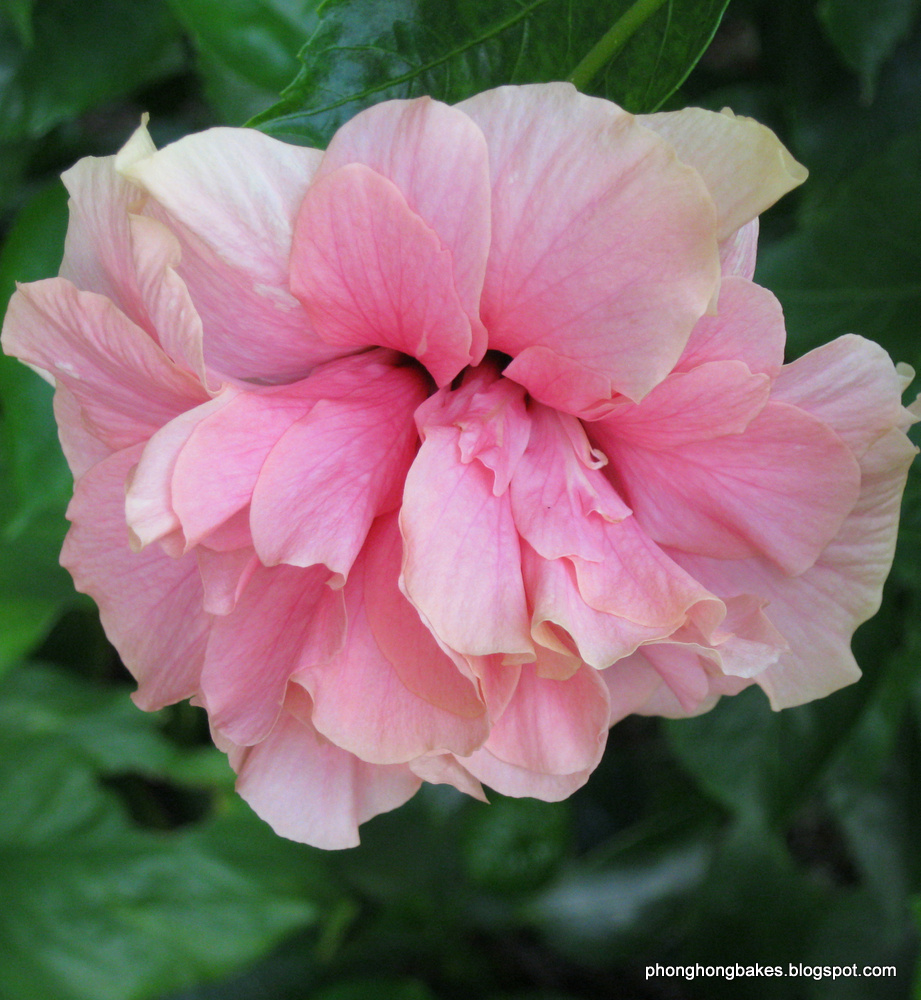 Today is the eve of Hari Raya and I have decided to take a day off from work so that I can begin my annual detoxification program :) So there will be no rendang and kuih Raya (festive cakes and cookies) for me this year :(

I usually take time off during the festive season because that is the time when my clients are also on holiday and do not need me to be around. For my detox, I need at least 5 days to do a proper job. From today till Sunday I will observe a strict program and at the same time I will relax. This is really great for stress relief before going back to work next Monday. I will be staying at home, doing what I love - housework, gardening and reading. And a spot of Law and Order on the telly. I am happiest when I am at home. Geez, I should have become a housewife. But I am sure among my friends who are housewives, you will tell me how stressful your routine is. Well, a very wise chicken rice man once told me "Every profession has its suffering". How true!

My detox is largely inspired by and adapted from Datin Dr Lynn Tan's Detoxification and Rejuvenation program. 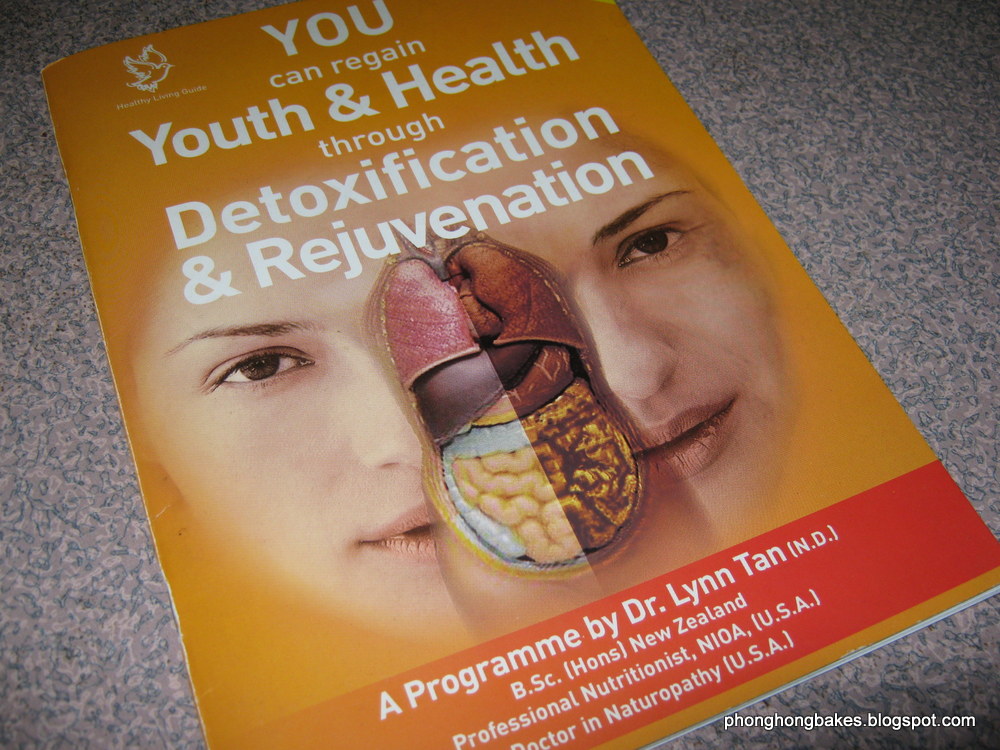 Datin Dr Lynn Tan is the founder of Newlife and you can read her story here. Before I proceed, let me make it clear that I am not promoting or selling any products. I have no talent and no interest in direct selling and I am just sharing and documenting my experience for the benefit of those who are interested. Anyone interested in this program can find out more at Newlife's website.

One interesting aspect of Datin Dr Lynn Tan's detox program is the use of Coffee Enema. I first heard about coffee enema from my mum, a health enthusiast (and a trained nurse) who has read many books on natural healing. At the time, a cousin of mine who is a cancer survivor, was following the detoxification program and has talked about the benefits of coffee enema.

The coffee enema came about during World War 1. At the time Germany experienced shortages in supplies including pain killers and doctors and surgeons had a tough time as scores of injured soldiers arrived in need of treatment and surgery. The morphine supplies were only enough to get the patients through the surgery and none were available to deal with post-operative pain. Apparently, many of the soldiers were given water enemas for constipation.

Coffee was always in supply to help the doctors and surgeons stay awake during the long hours and sometimes there was coffee leftover in the pot. The nurses came up with an idea of using the coffee for the enemas and miraculously the patients experienced pain relief after the administration of the coffee enemas.

It was after the war that two German professors investigated the effects of introducing caffeine into the rectum of laboratory animals. Their findings showed that caffeine entered the liver via the portal system and caused an increased flow of bile which allowed accumulated poisons and toxins to be released and evacuated from the body.

You can read more about detoxification and coffee enema at The Gerson Institute. 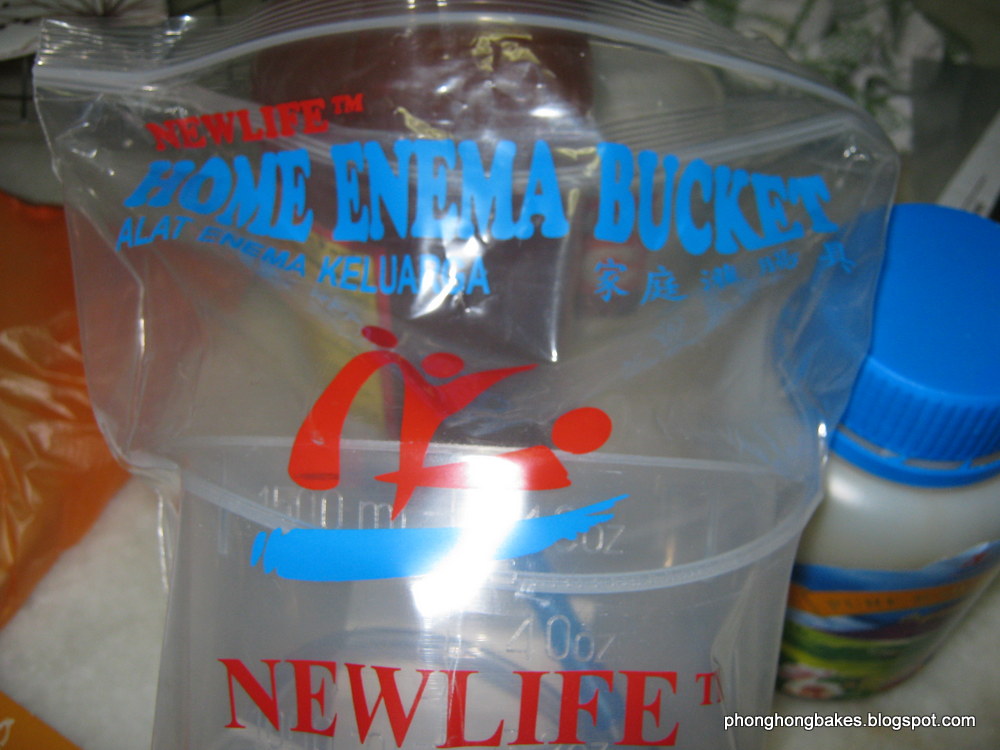 I have to admit that I freaked out when I heard about coffee enema. The idea of taking in coffee from the rear end was something I found hard to imagine. My well meaning cousin was encouraging me to try it as it has improved her health and literally given her new life. I hemmed and hawed whenever the subject came up and told my cousin that if my mum ever tried coffee enema, I would then follow suit (hoping at that time that no such thing would ever happen). 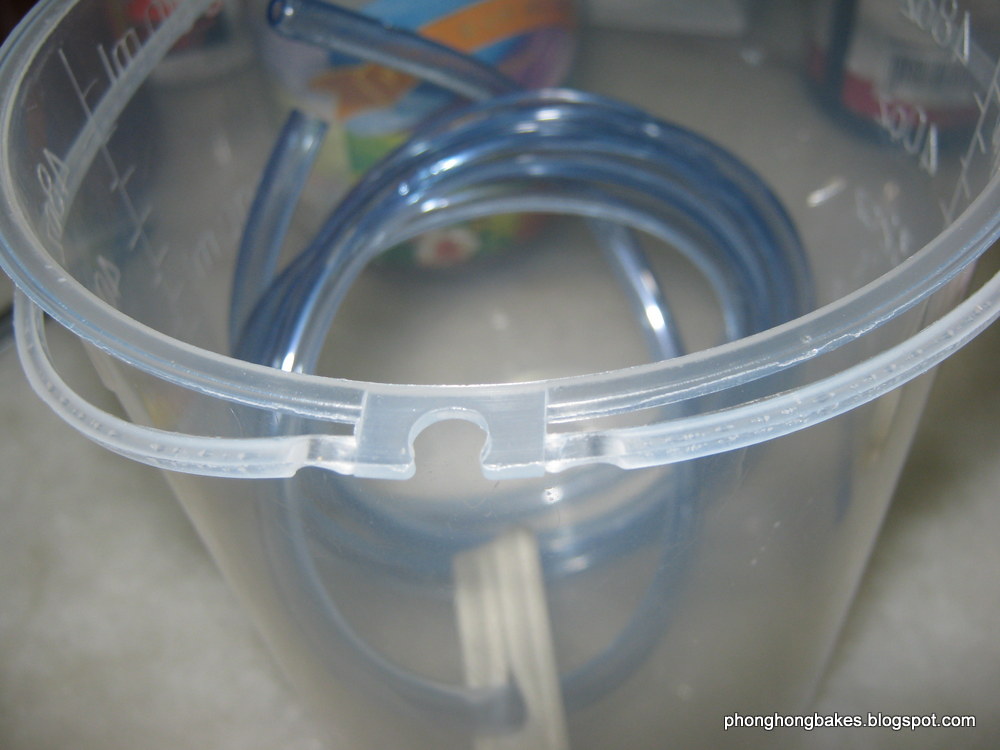 Well, famous last words. My mum decided to take the plunge after she discovered a small lump somewhere on her face. She was afraid that it might be cancerous and decided that she needed to experience coffee enema just in case she needed it as part of her therapy. Thankfully, after a biopsy, the lump was found to be benign.

As for me, I had to keep my word. I was trying to recall when I started doing coffee enema and now I remember! It was the day after National Geographic aired the documentary Becoming A King on Tuanku Mizan's installation as the 13th Yang Di-pertuan Agong. Good Lord! I chose such an auspicious date! That was back in 2007. That first attempt was not successful as I was not able to insert the tube. I was actually very scared and I aborted the attempt and thereby wasted 1 liter of organic coffee :(

My second attempt was a few weeks later and I managed to get the coffee in but was not able to hold on long enough. I only managed about 200ml and abandoned the rest. Quiet frustrating really. But as time went by, I got accustomed to taking in the coffee and could manage the recommend volume. My holding time varies between 15 minutes on very good days and 7 minutes on the not so good days.

So did I experience any benefit from coffee enema? Yes, I did. I have more energy and do not get tired easily. And a very significant effect was the quick healing of wounds. Every now and then, I get cuts either from the kitchen knife or paper cuts in the office. In the past, my wounds took 7 to 10 days to heal (very poor healing) and would become inflamed and weep. Now, my wounds would dry up within one to two days and would be completely healed by day 4.

It was only after reading about colon cleansing here and seeing the very graphic encrustations passed out after a cleanse that I decided to go through with a detox. That must have been a year or two after I started the coffee enema.

Briefly, Datin Dr Lynn Tan's program consists of a regimen of consuming a cleansing drink (honey, apple cider vinegar and Herbal Klenz Powder), tissue building drink (honey, apple cider vinegar and spirulina capsules), health drink (apple and carrot juice) and purely vegetarian meals. No salt or seasoning is allowed. On my first detox, I gave up after 2 and a half days. I felt lousy because I found the diet too restrictive and I had no will power to continue.

On my second detox, I modified the diet to include some proteins (steamed chicken, hard boiled eggs) and it made the detox very bearable. On my third day of the detox, I had to make a short trip to Jusco to replenish my food supplies. In the middle of picking up my vegetables, I experienced a very strong tummy ache. Yikes! Nature calls! I quickly zipped to the cashier and zoomed away home. And after doing my duty, I was shocked to find that I had passed out some very nasty stuff. Very much like those weird things I saw on the internet. And it smelled pretty bad too, like, to quote my auntie "like the drains in SS 2". This continued up till the 5th day and after that no more "rubbish" came out. My cousin has a photo album documenting the encrustations she passed out. This may sound gross but I think it is a good reminder of how much garbage we can accumulate in our colon. My cousin is now a glowing picture of health, ironically much healthier than she was before she had cancer.

So today, on my first day I am doing pretty good. And this is what I had for lunch today, Egg and Tofu Salad (recipe to follow in next post). 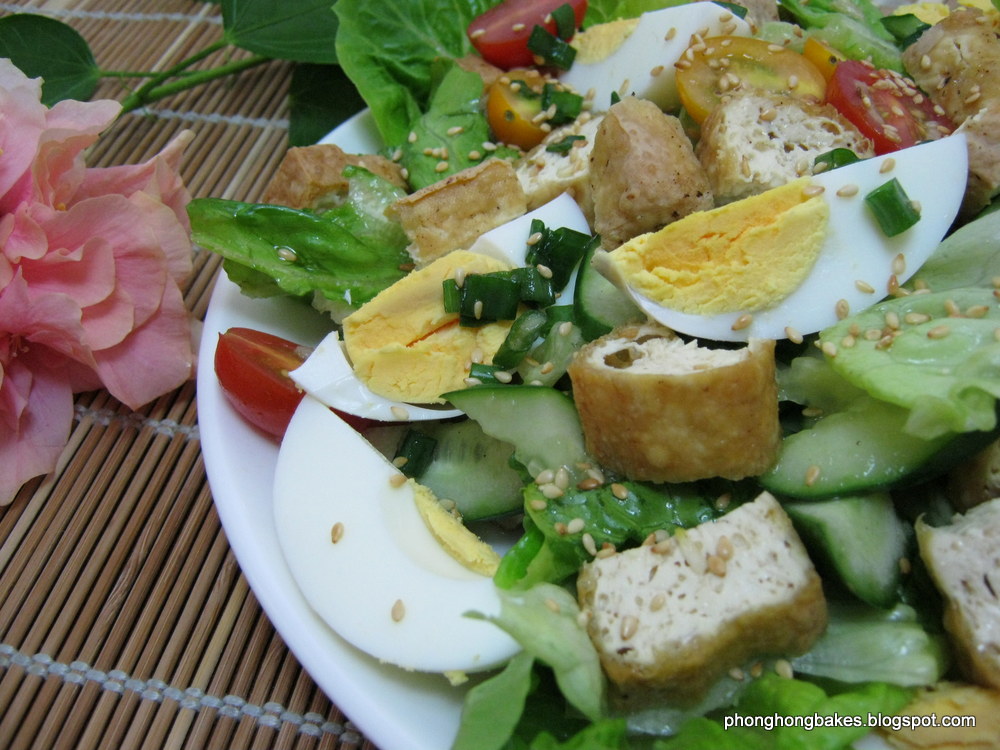 I am feeling very light and cheerful and I shall continue my stories tomorrow. See ya! 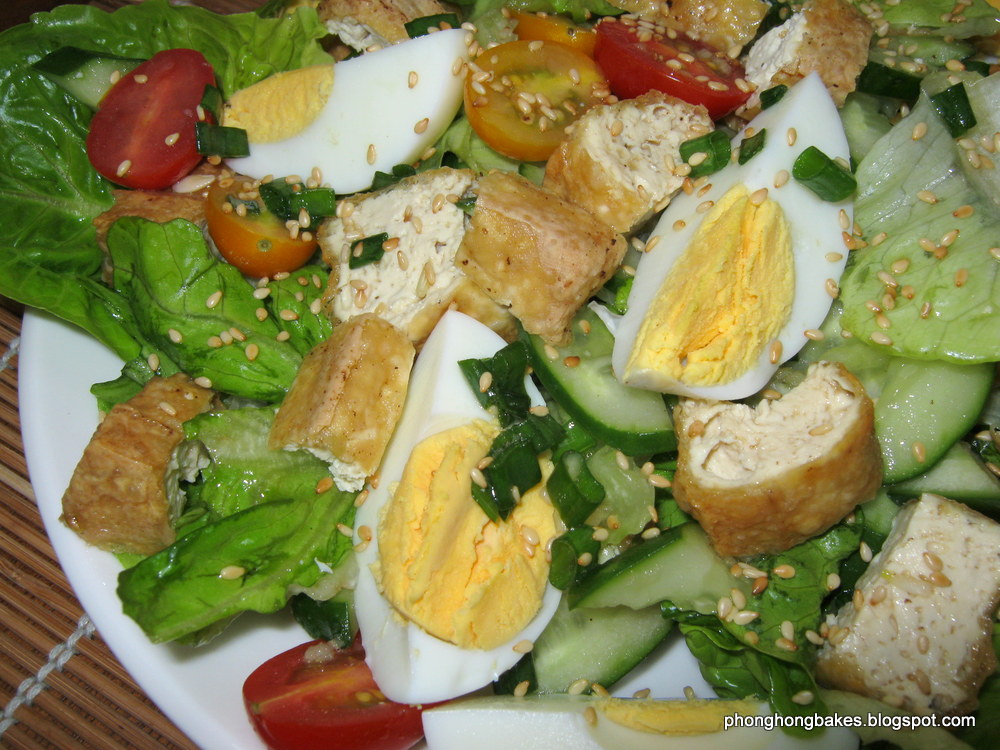