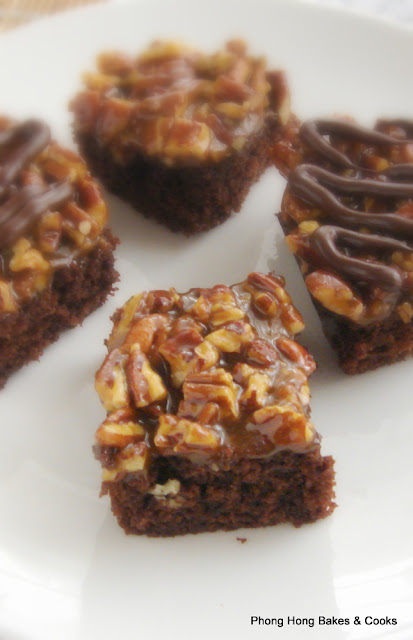 My camera died on me when I was ready to snap some pics of these brownies. The tell tale signs were there for some weeks already. The "replace battery" sign kept coming on even though the batteries were new.


But I kept manipulating the battery compartment to turn the camera on and it seemed to work. Until that day that is. 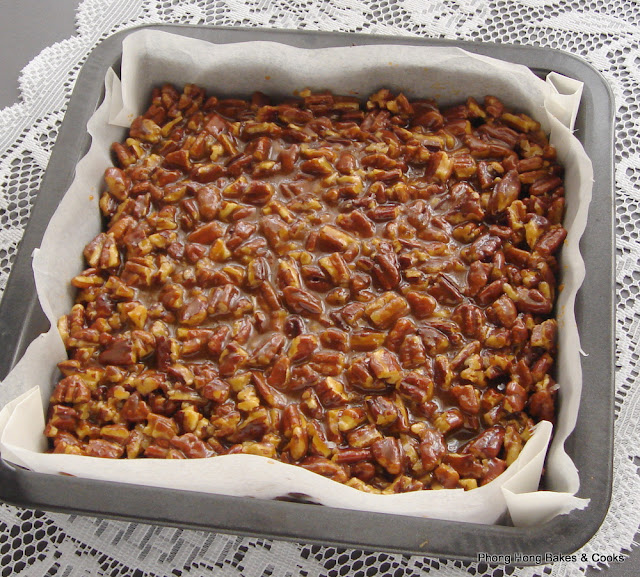 I actually bought a new camera as a contingency plan but I still hadn't taken the time to learn how to use it. Luckily, I still have another old camera which is also faulty but I managed to make it work.

Anyway, let me tell you about these brownies. Turtle Brownies. Don't expect to see turtles but these are totally awesome. It is a brownie topped with caramel coated pecans and then drizzled with melted chocolate. 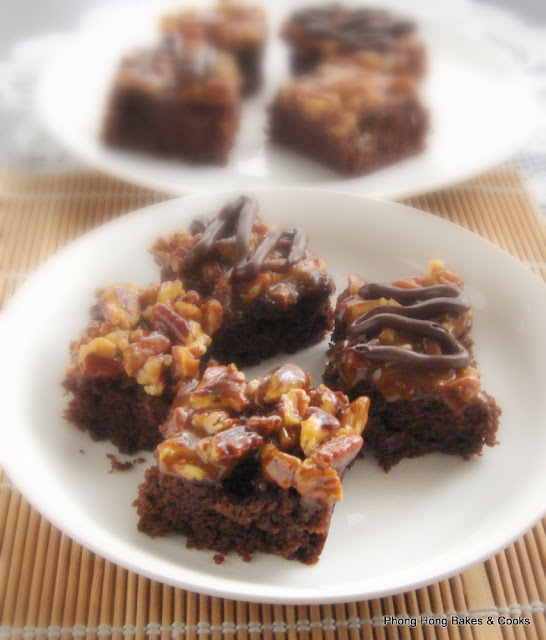 I have not been baking for a while. I just lost my baking mojo and I don't know why. But last weekend, I took a step to break the jink.

Due to my lack of practice, I overbaked the brownies. It was a bit dry and crumbly as you may have noticed.

Making the topping was a bit of a hassle but totally worth the effort. Imagine caramel coated roasted pecans. How delicious is that? 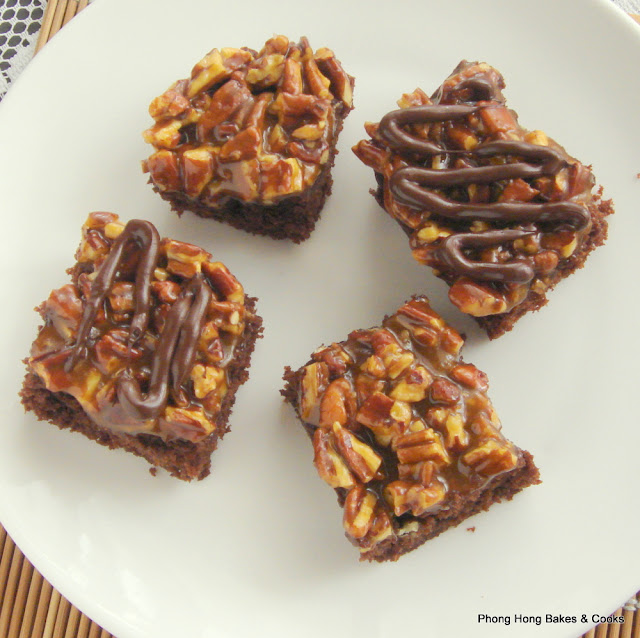 I was very half hearted when preparing the melted chocolate which explains those so so piping. Actually these brownies tasted just as amazing without the chocolate topping. But then, they won't be proper Turtle Brownies without. 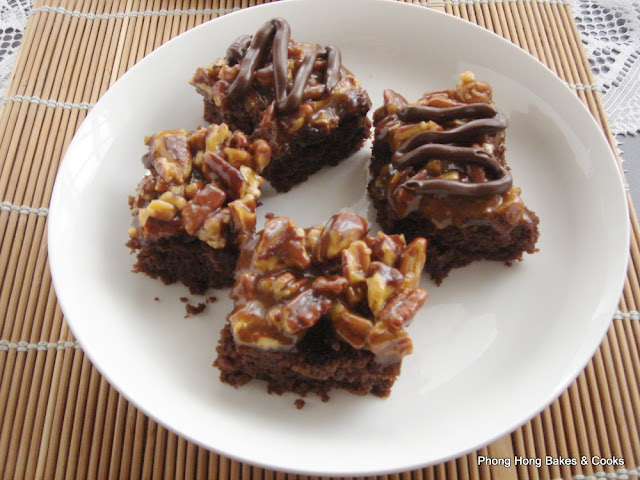 Try these. They are one of the best brownies I have ever tasted.

Sorry, I was in no mood to write down the recipe. I intend to make some tweaks and pass on some tips to you guys but I am still kind of upset over my camera issues :(

So if you are in a hurry to bake these brownies, please see the recipe here. 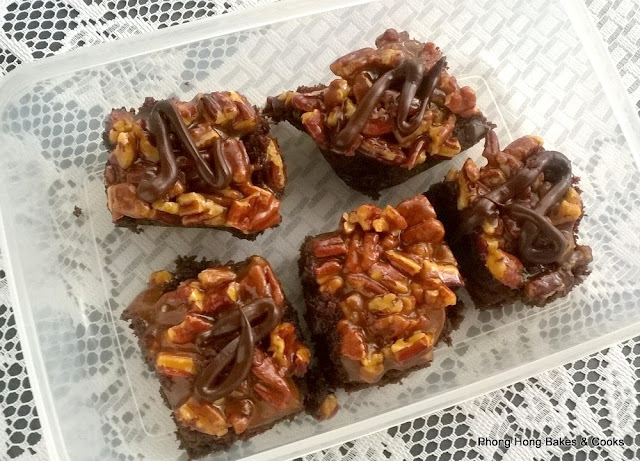