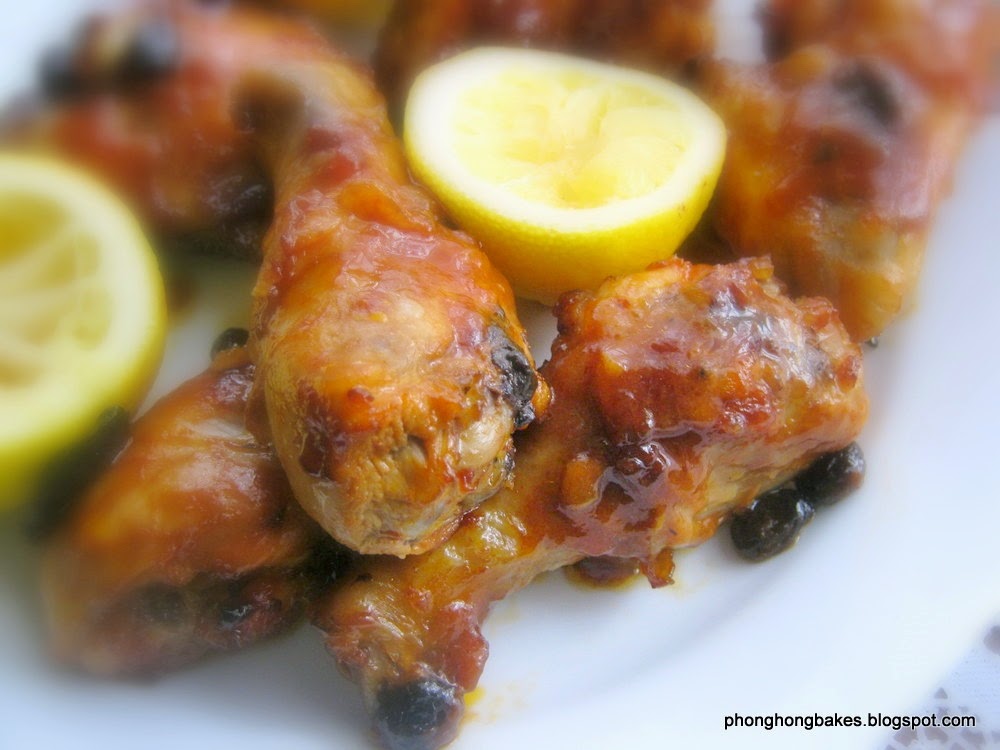 Hang on a second. This grilled chicken looks very familiar doesn't it?. It has an uncanny resemblance to Pinoy Chicken Barbecue. But this is different. This is Bobby Flay's recipe or rather Bobby Flay's mother-in-law, Laura's recipe :)

According to Bobby Flay, when Laura cooked this chicken for her daughters when they were young, she was channelling a recipe she remembered her father making for her when she was a little girl. That is really sweet isn't it? I too have a fried chicken recipe that my father made when I was a little girl. But it looks like I am not channelling that yet hah..hah...

The only change that Bobby Flay made to this recipe was to upgrade the bottled steak sauce in the marinade to a homemade version.


Now, who is this Bobby Flay? To be honest, I had no idea until he was featured in this month's Cook Like a Star. Now I know that Mr Flay is an American celebrity chef who owns several restaurants and is also a popular TV personality. 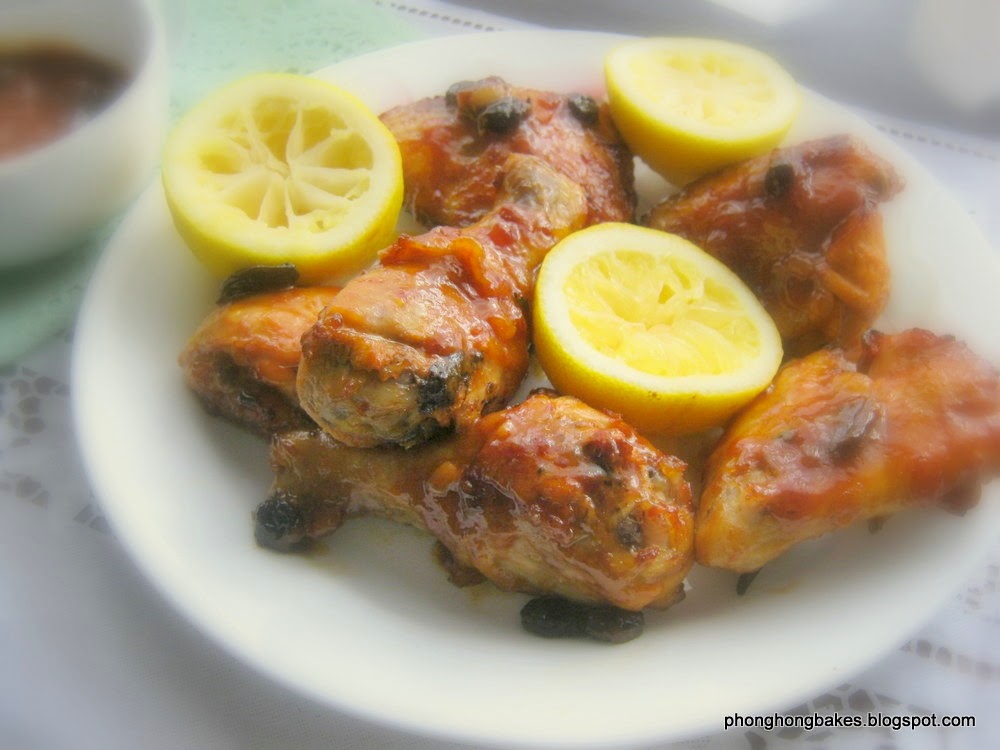 I also learnt from Zoe that Bobby Flay recipes typically come with a long list of ingredients. In fact I also found out that there are also instances of a recipe within a recipe. Just like this one. To make the marinade, you have to make the steak sauce that goes into the marinade. But luckily, this recipe is not too long winded. Maybe because it was the mother-in-law's hee..hee... 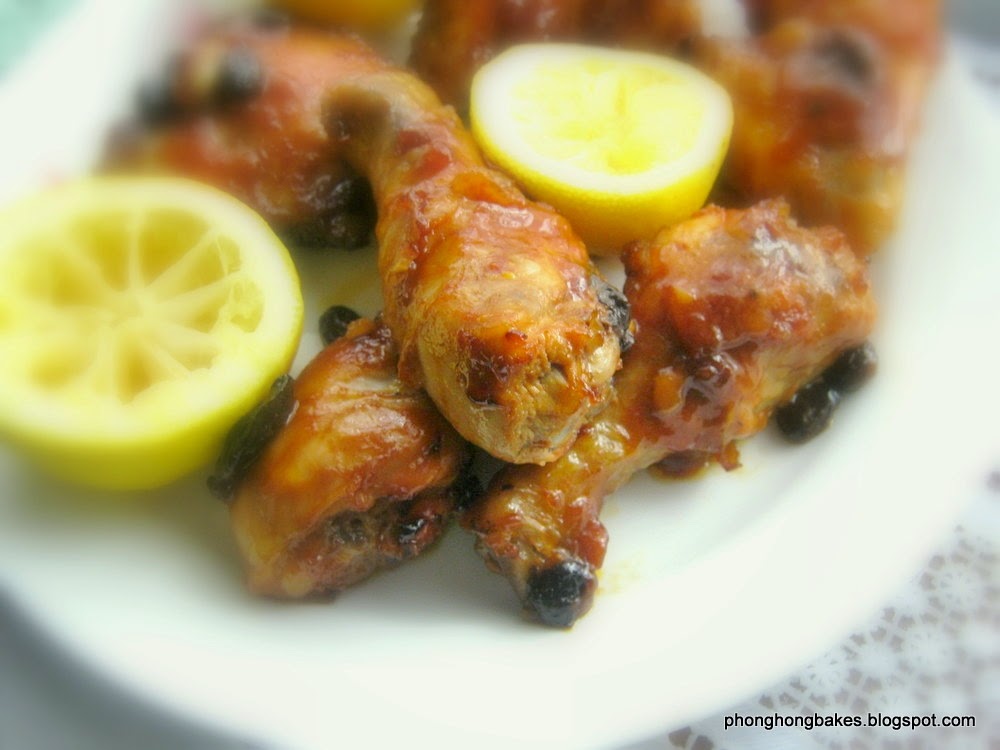 Let's talk about the steak sauce first. I have never made any sauce before and I was quite eager to make this one. The best part was that I had all the ingredients on hand. Nothing extraordinary or exotic except perhaps for the Dijon mustard which I bought not too long ago for something else (what it was I forget).

What goes into this steak sauce are onions, garlic, raisins, ketchup, lemon juice, white wine vinegar, Worcestershire sauce, soya sauce and Dijon mustard. I thought the addition of raisins was interesting. After making and tasting the sauce, I realised that they were a wonderful addition. I followed the recipe to a tee except that I added 1 tablespoon of brown sugar as I found the sauce a bit too sour for my taste. The sauce was then set aside to cool. The marinade for the chicken is pretty simple. Just lemon juice, Worcestershire sauce, salt, pepper and of course the homemade steak sauce. The recipe calls for 2 chickens but I used chicken parts instead - 3 big chicken legs and 4 wings. The chicken is seasoned with salt and pepper and rubbed with butter before being marinated. It would have been ideal to marinate the chicken overnight but I only had 2 hours to spare. 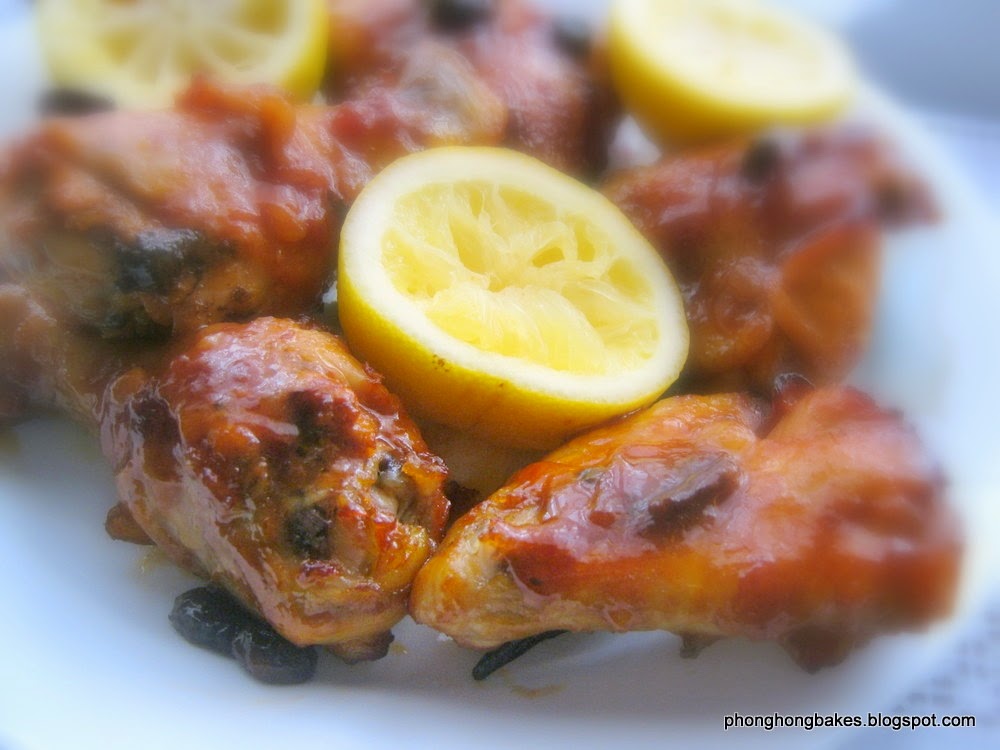 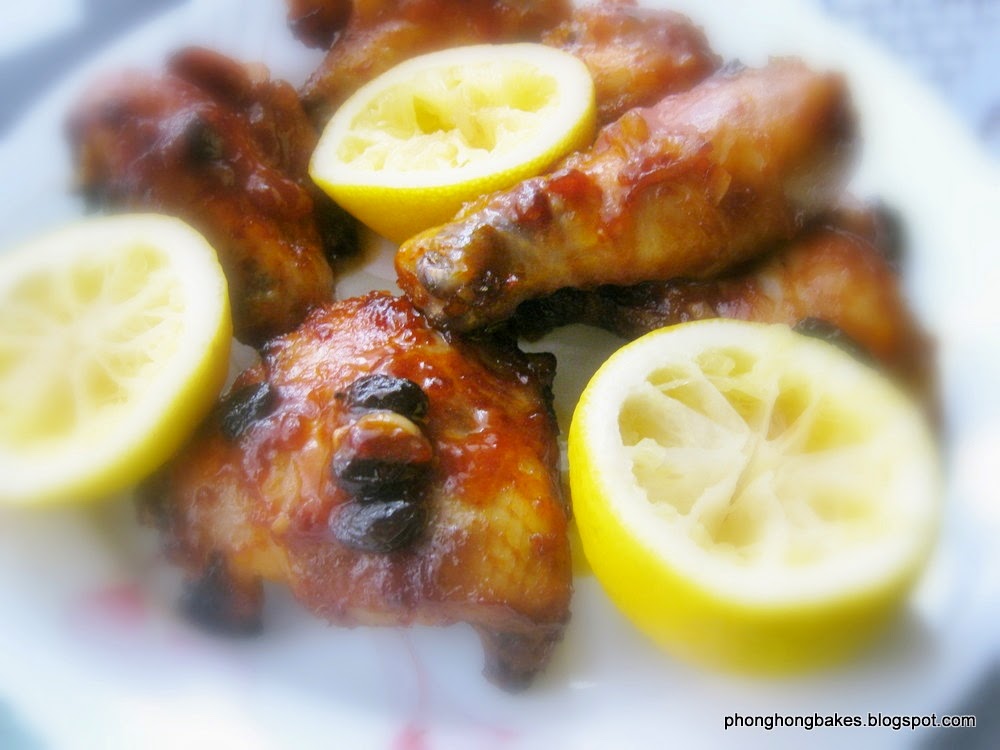 The result? A very happy ending with very tasty and succulent grilled chicken. I really love the raisins in the steak sauce. It is sweet and plump and so yummy when bitten into together with the chicken. I was happily picking up raisins from the roasting tray hah..hah... This recipe is a keeper. I am really glad that I got to know Bobby Flay! 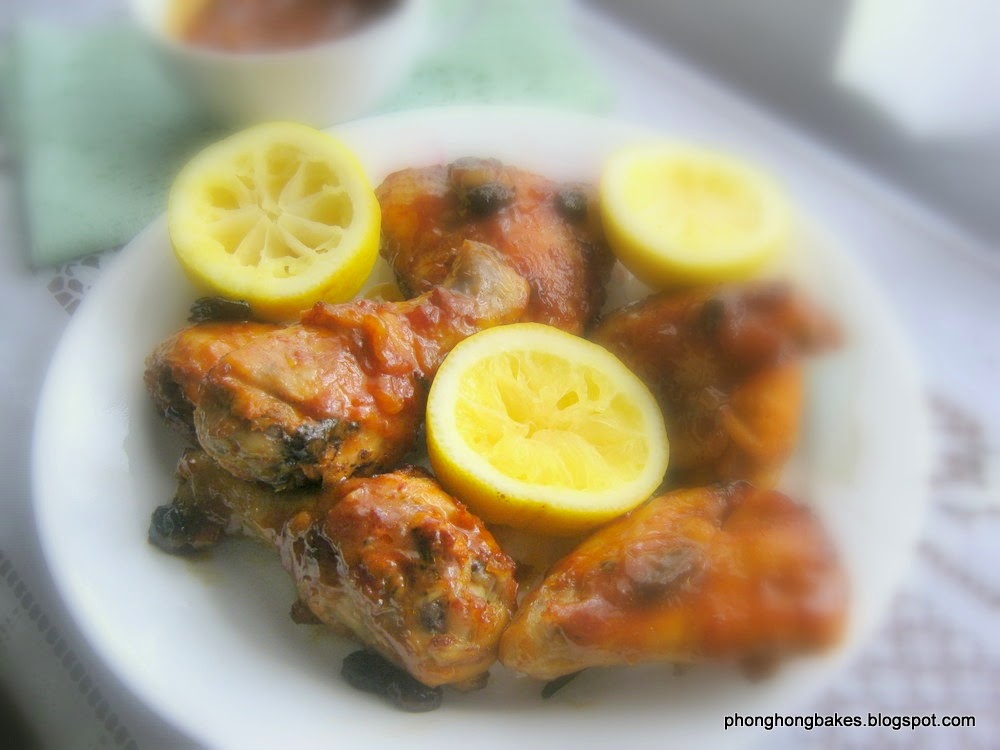 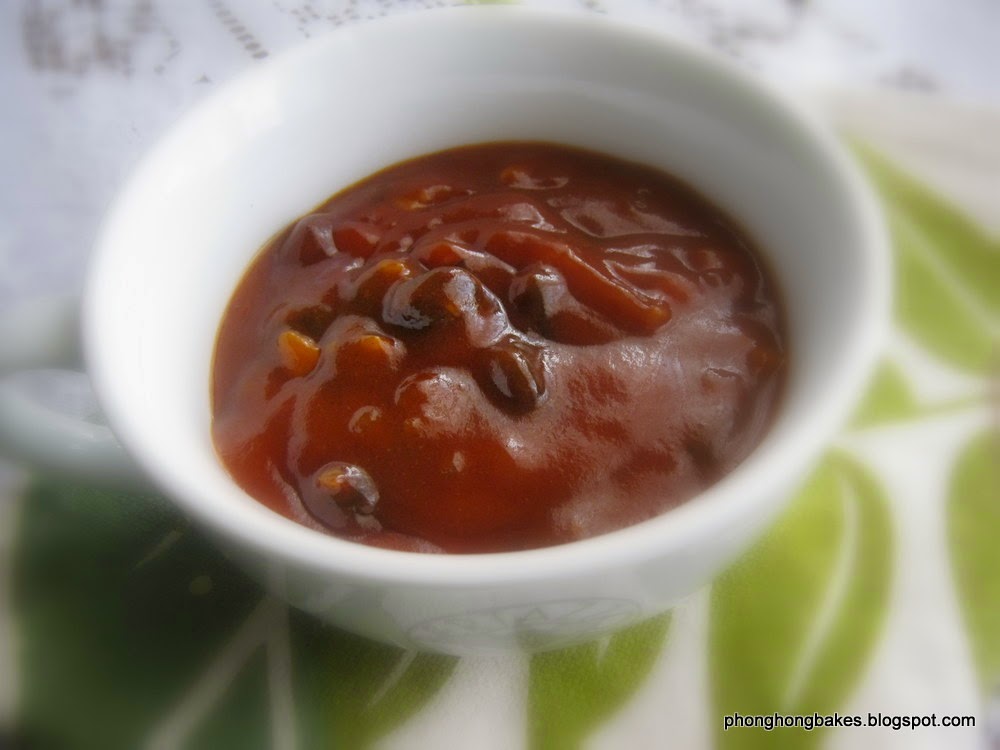 
Method :
Note : This recipe makes about 2 cups of sauce. You will have 1 cup leftover after using as part of the marinade. I suggest that you serve the extra sauce with the chicken. It's delicious! 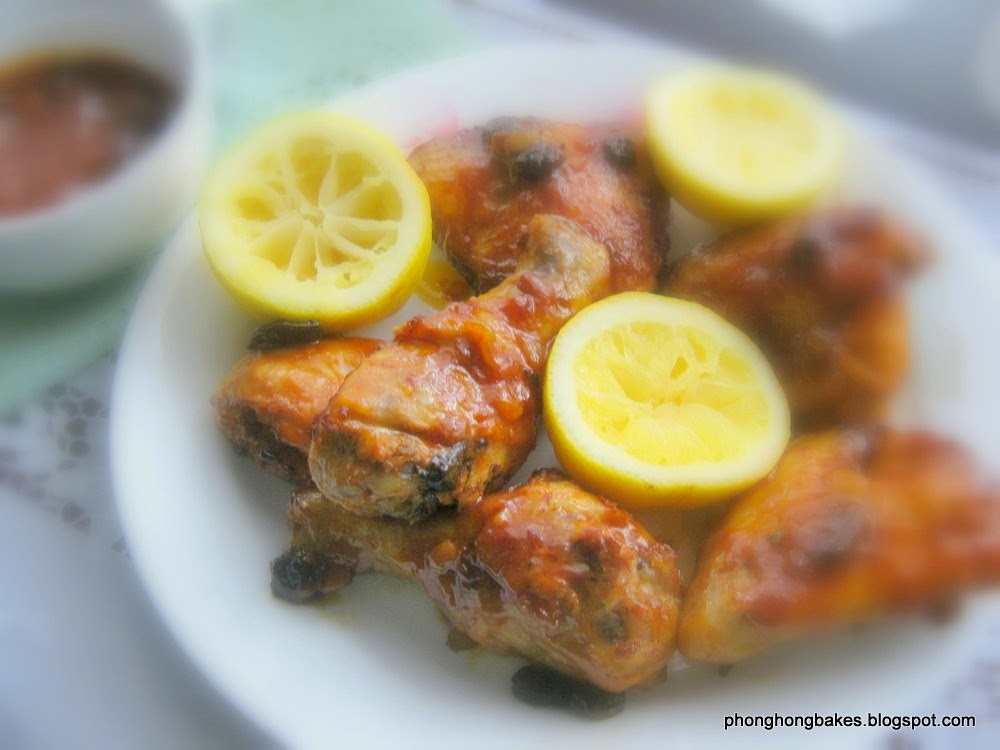 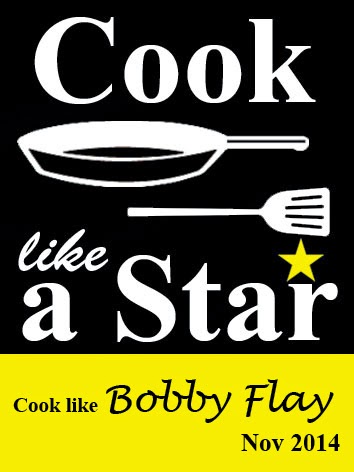 I'm linking this post to Cook Like a Star, an event co-hosted by Zoe of Bake for Happy Kids, Yen of Eat Your Heart Out and Grace of Life Can Be Simple. The featured chef for the month is Bobby Flay.
Posted by PH at 08:06