Mad Cooking 2 : The Kebab That Wasn't 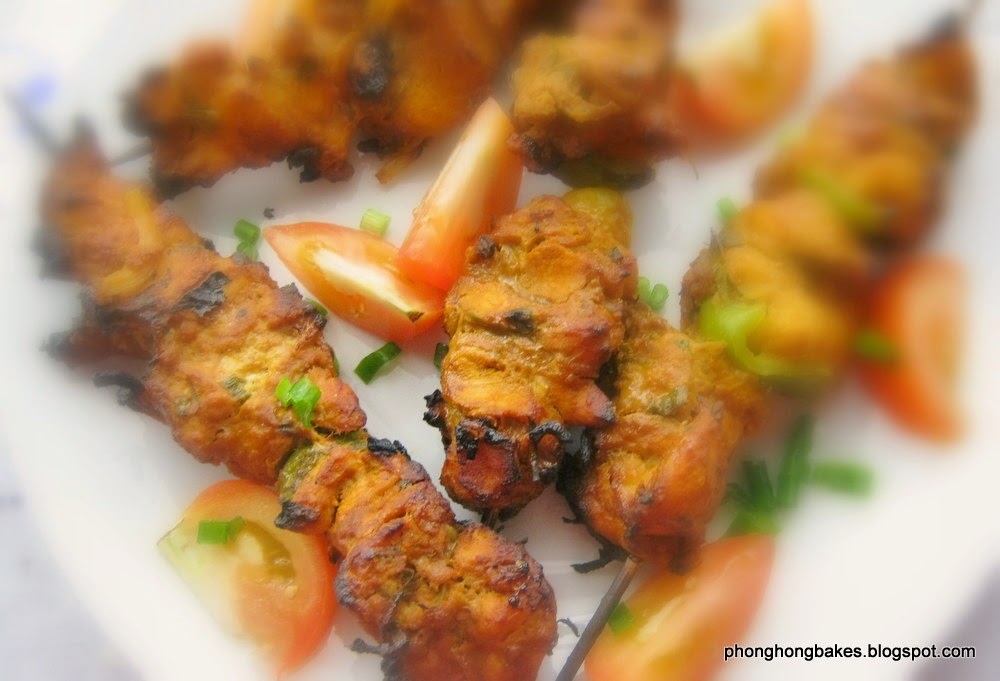 It's Monday folks and let's have a laugh at PH's latest kitchen disaster! An episode arising from her insistence on saving some not-so-fresh chicken fillet. Take it away, PH!

Waste not want not. I am referring to the frozen chicken fillet lying in the freezer. I had stocked up on these because they are very convenient to use whenever I want to fry some noodles or rice for my partner. But last weekend he complained that the chicken was "powdery". Oh dear. 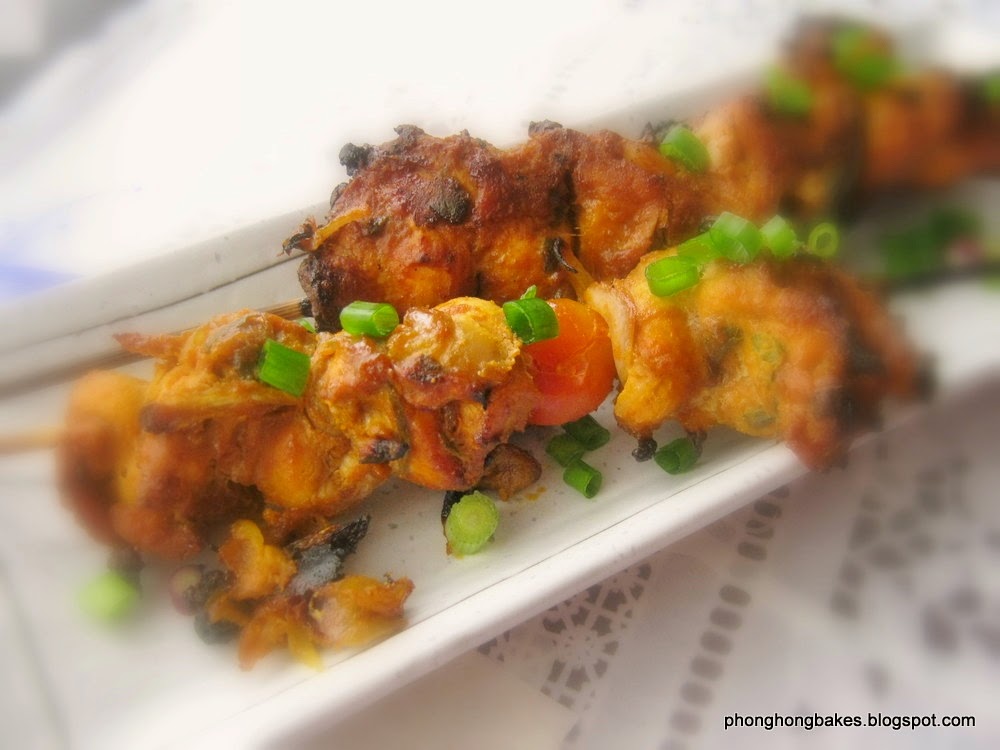 That would mean that the chicken had been in the freezer for far too long. I have this bad habit of overstocking and sometimes lose track. I must conduct a stock check more often. There's no way I was going to throw the chicken away as it is still edible, though not in prime condition. So what shall I do?

This is where Mad Cooking comes into play. Welcome to the second installment of PH's Mad Cooking. Where I simply chuck stuff into the mixing bowl and don't give a heck what would happen. No recipes, no rules, no stress.

It was Deepavali and I was rolling happily in the house. I took the frozen chicken fillet out from the freezer to defrost. 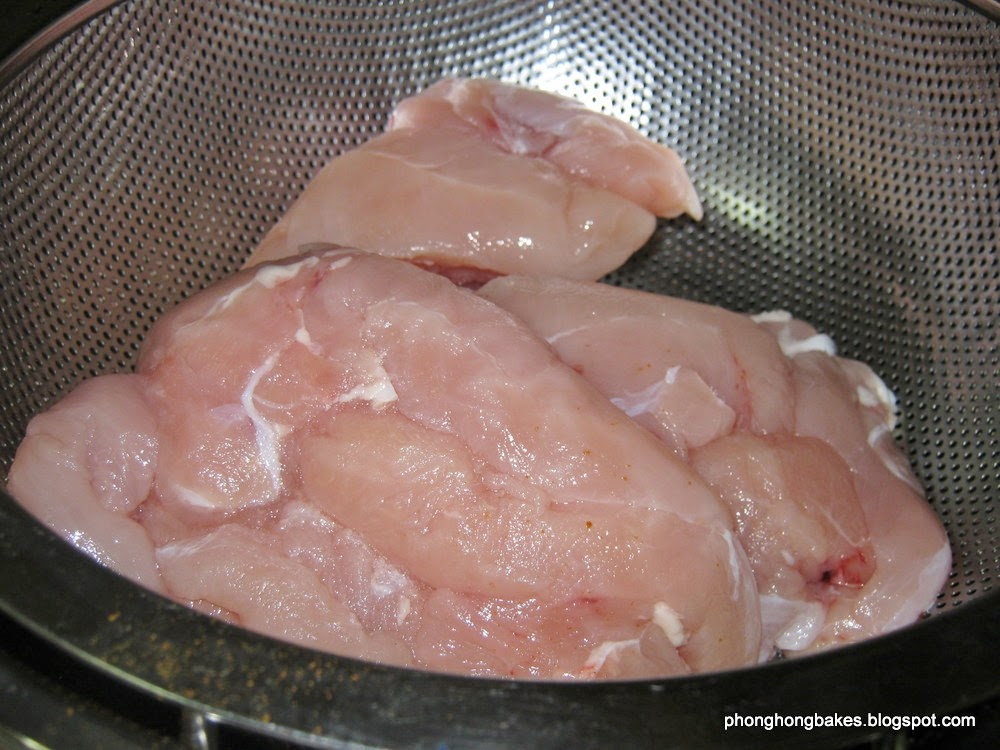 Seeing that I still had some satay skewers leftover from a previous project, I decided to make some kind of chicken kebab hah..hah.. (what a laugh, you'll see why later). I sure wasn't going to Google any recipes as this would be too stressful. Besides I may not have some of the ingredients required.

Then I remembered the nice marinade I used when I made Grilled Lemongrass Prawns. Though I did not have lemongrass in the pantry, I knew I had some in the garden. Or so I thought. This was what became of my lemongrass.

Looks like I had to find a substitute. OK, I'll just use kaffir lime leaves. Yes, my kaffir lime plant is still alive, thank you. After plucking 3 leaves, I checked out what else I could get. In spite of the grim fate suffered by the lemongrass, there was still a spot of hope. 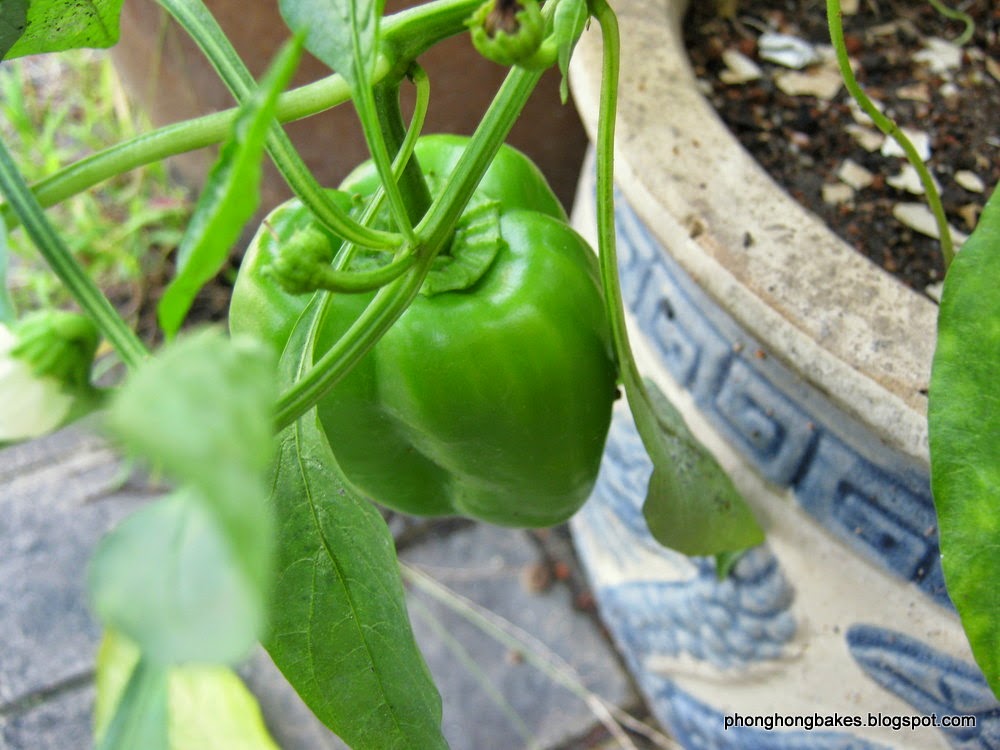 I found a green pepper. It's small but usable. And then there were some cherry tomatoes. 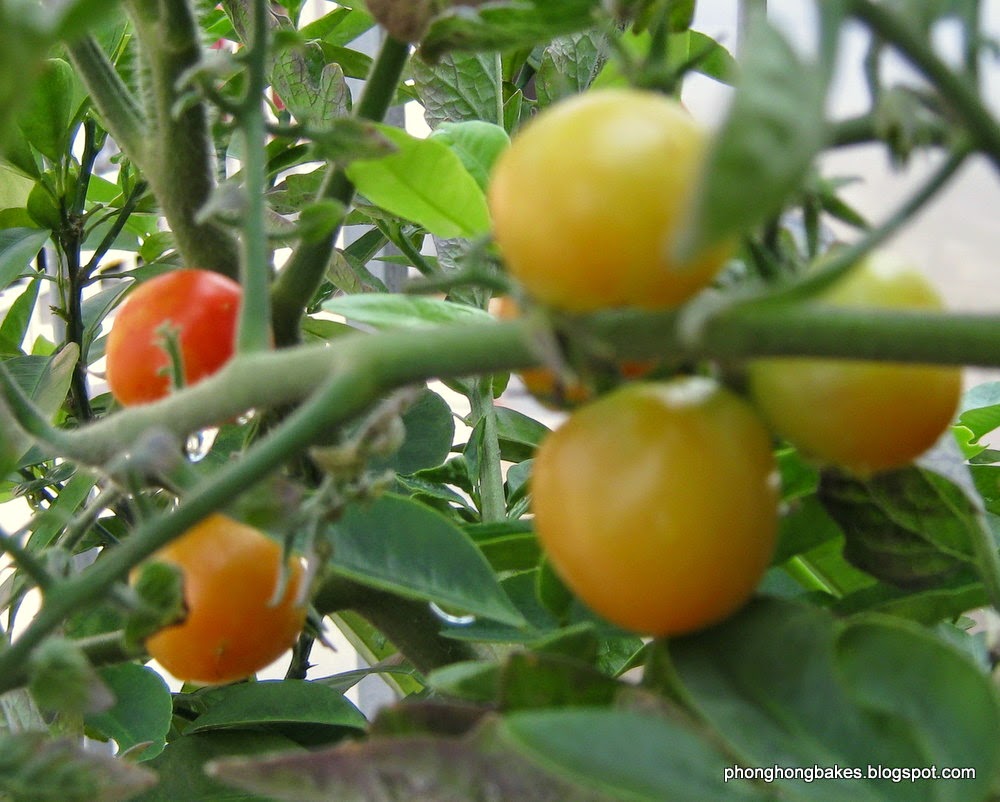 You see, I am not such a bad gardener after all. Back in the kitchen, I sliced the kaffir lime leaves and mixed it with the other ingredients - curry powder, maple syrup (in place of honey), sliced onions, oil and fish sauce. If you think the marinade is weird, it is. But it worked with the Lemongrass Grilled Prawns. 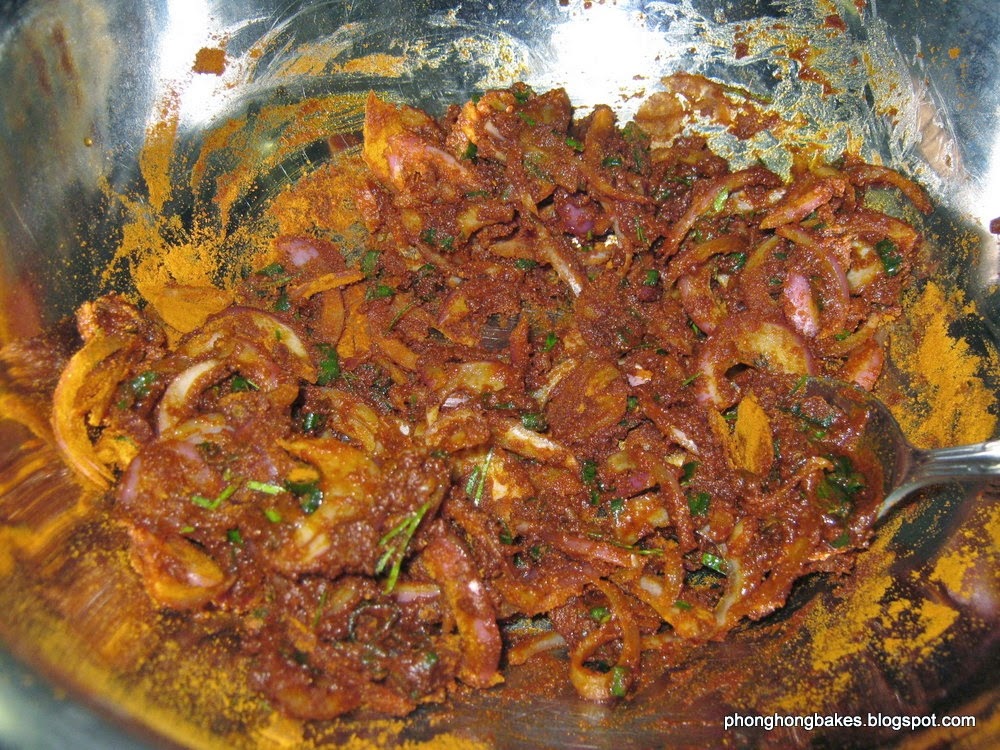 The marinade was dry but I knew that as soon as I put the chicken in there, there will be enough moisture. 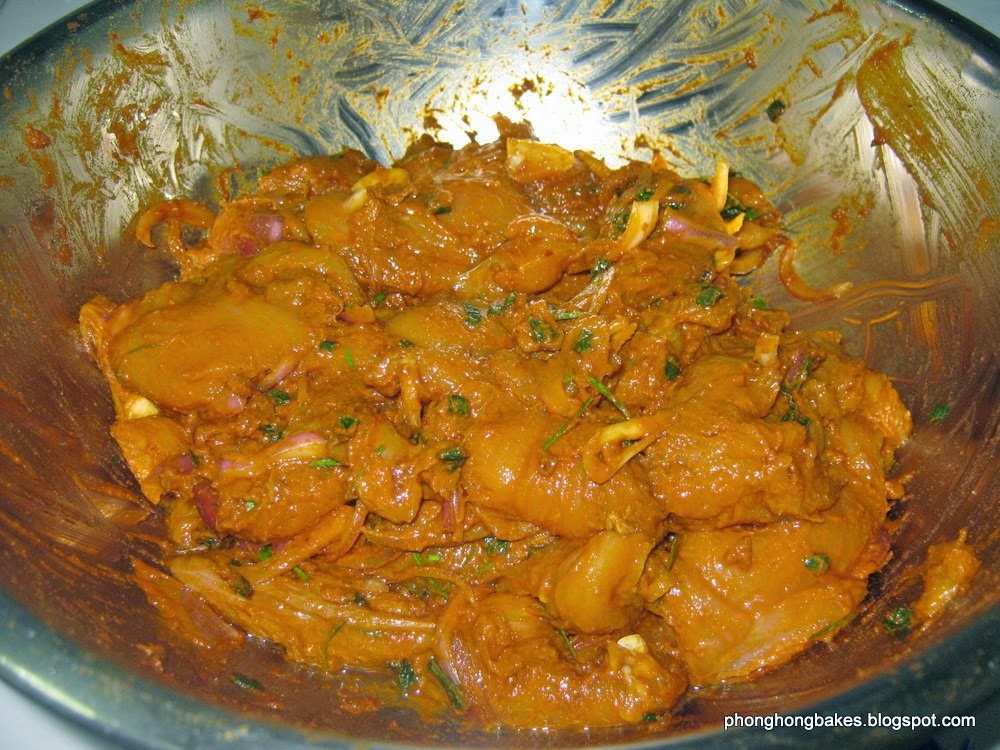 As I have seen in photos of kebabs, vegetable are also threaded on the skewers along with meat. But I had so little vegetables and can't do that for all my skewered chicken.

I did not cut the fillets into smaller pieces and instead threaded whole pieces as it were. Quite an easy task. 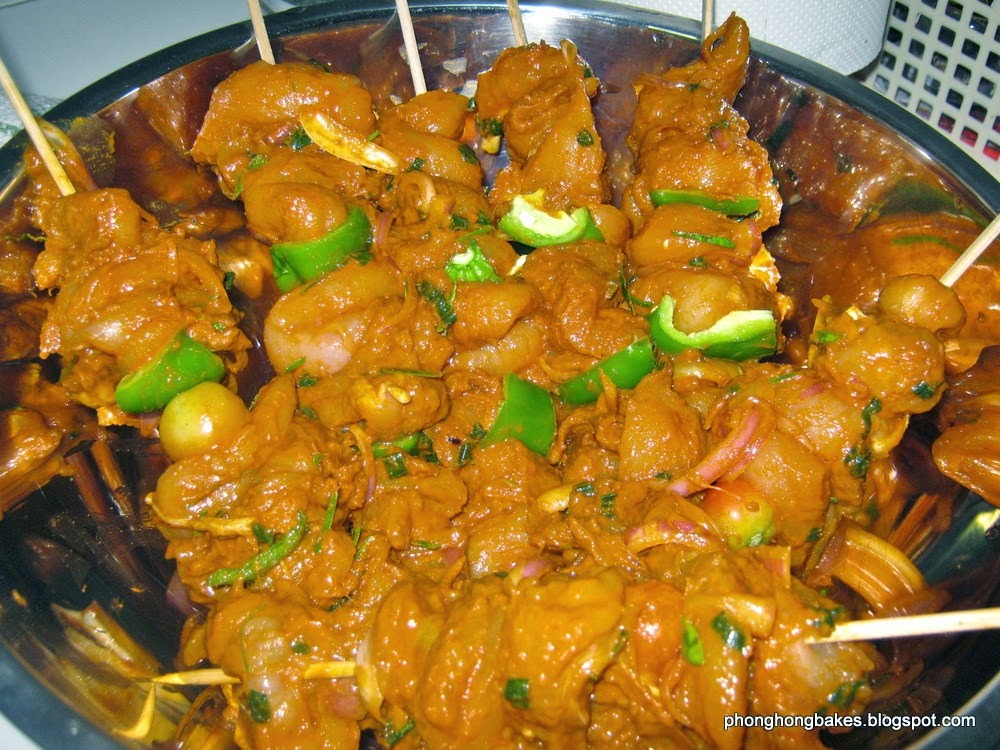 Then I heated the grill and grilled the so-called chicken kebabs in two batches. I basted with oil before grilling and I did not have high hopes. Whatever will be will be. 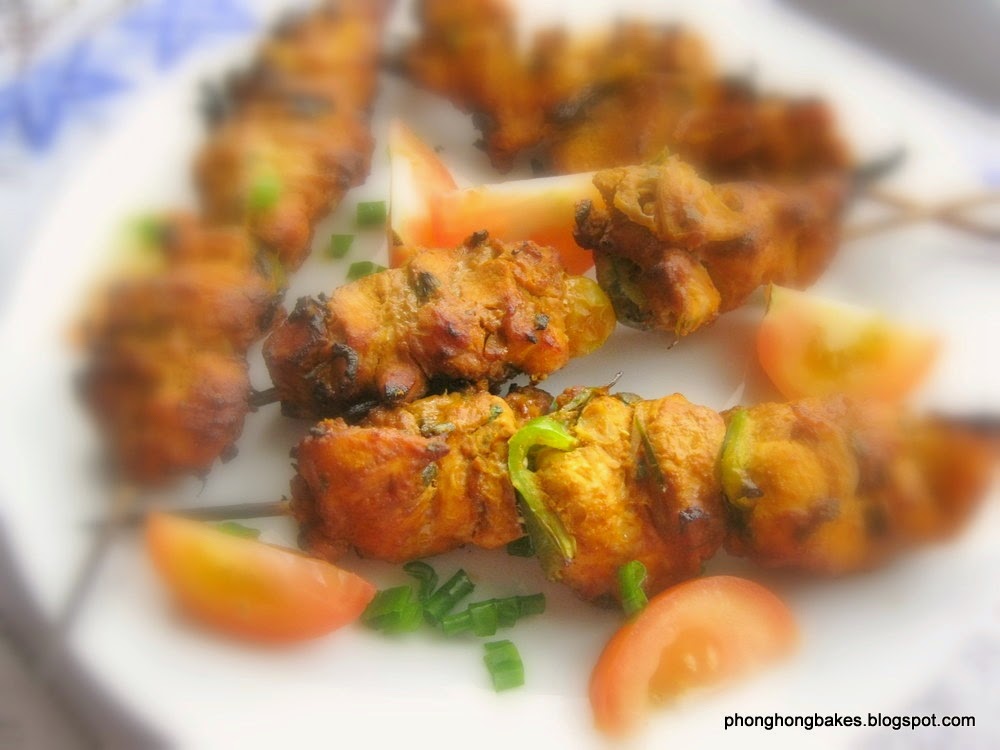 What came out of the grill looked good and smelt good. But looks can be deceiving. I expected the meat to be dry and due to the lack of lemongrass, tastewise it would fall short. And I was right. It was very difficult to eat. And I was hungry. When faced with such a predicament, sweet chilli sauce comes to the rescue. It made it bearable and raw onion slices improved the flavor.

If I see any comments gushing "PH, your chicken kebabs are so delicious!", you are clearly not paying attention. These chicken kebabs tanked big time. Not surprising since this is Mad Cooking. You reap what you sow and therefore you eat what you cook. Waste not want not. The End. 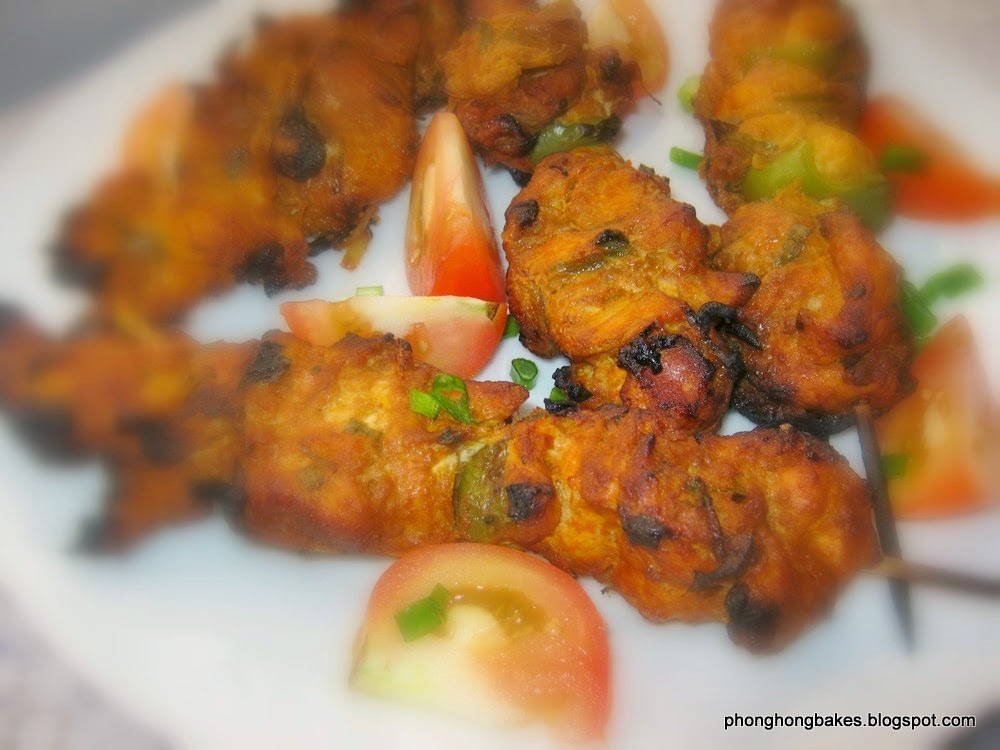