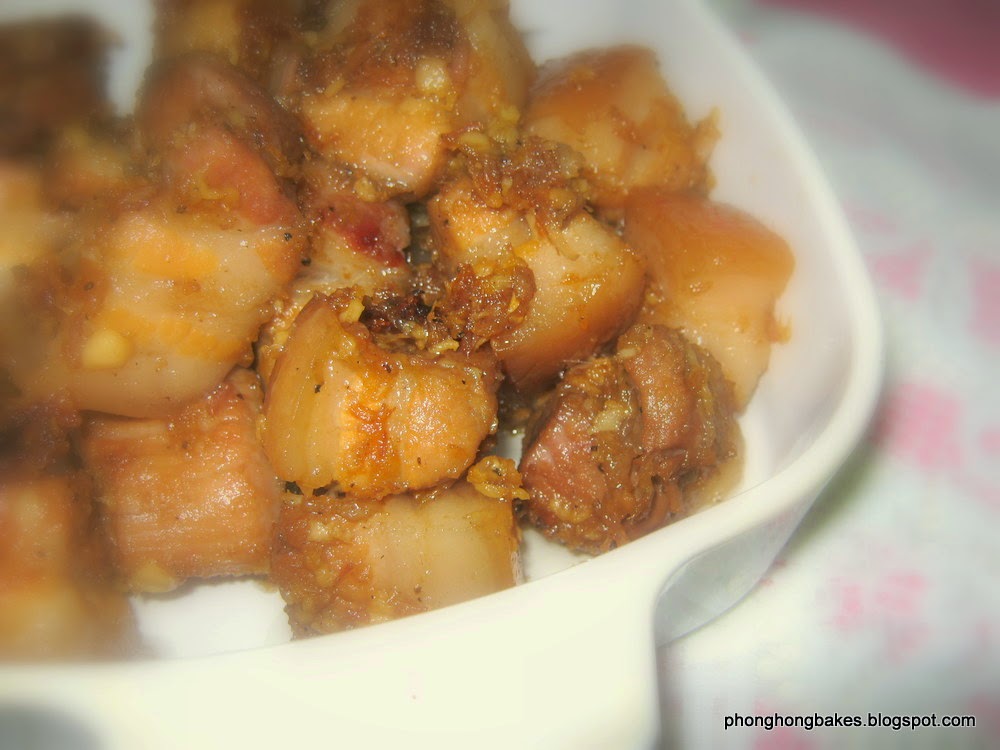 After the long Hari Raya weekend, all too soon it is back to work! Really, I wouldn't mind another extra day or two. Sigh.....And it's back to blogging after the short but very sweet break.

Tomorrow is the last day of AFF Philippines and I better put up this post before the deadline. This dish here has got to be my favouritest dish among the Filipino recipes that I tried so far. I know there is no such word as favouritest but I am using it as emphasis of matter. 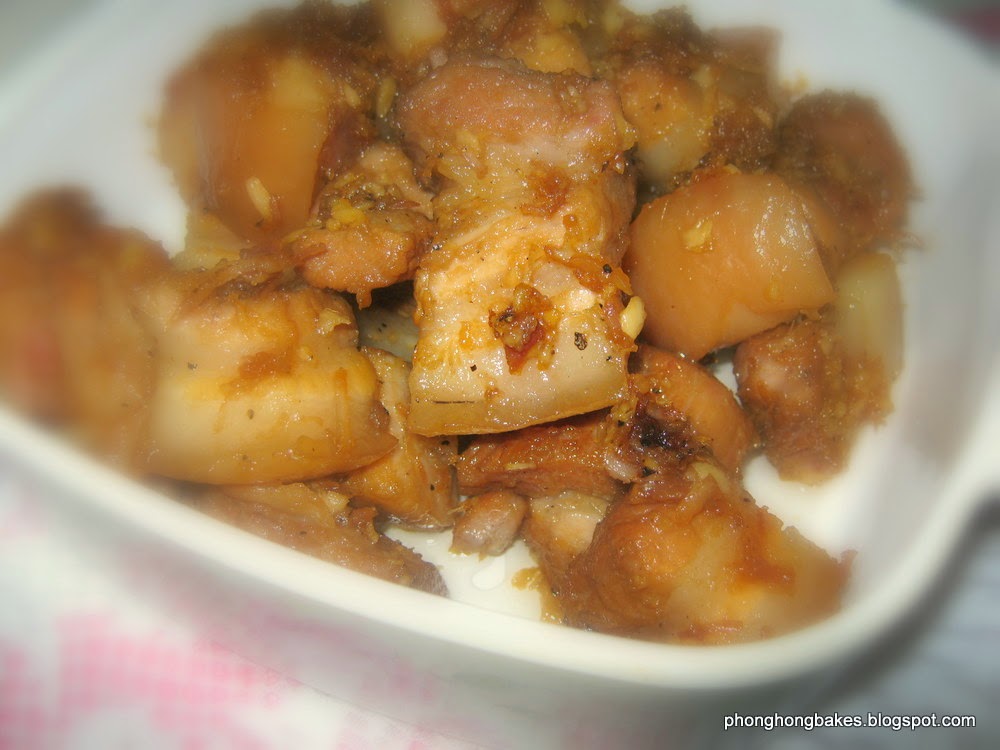 The intro to the recipe says that "With a combination of rum and buco juice (coconut water), this recipe will produce an exotic abodo taste". Rum and coconut water? Sounds like a nice cocktail :) I happen to have rum in my pantry and mind you, Filipino rum no less. 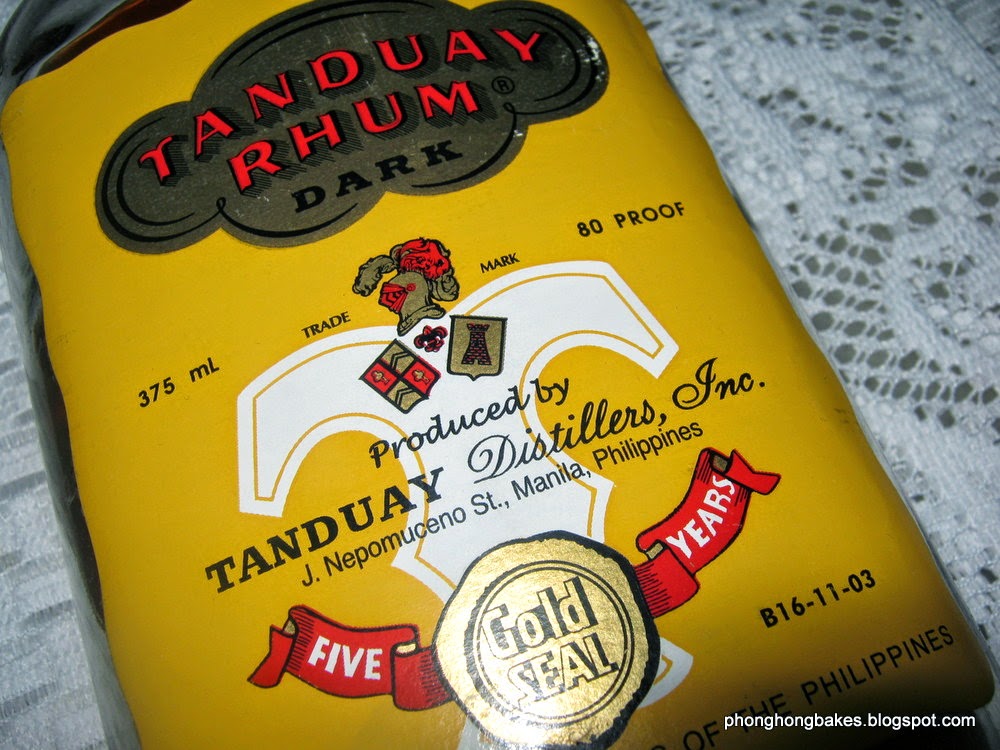 Coconut water is easily available at the supermarket. I have cooked twice with coconut water and the result was delicious, so no reservations there. Besides, this is a very easy dish to do and you have a choice of either chicken or pork. My choice is of course what else, my favourite pork belly! As instructed, I marinated the meat in a mixture of rum, soya sauce, garlic, pepper and vinegar. The original recipe also uses salt but I decided to go all the way with soya sauce instead. 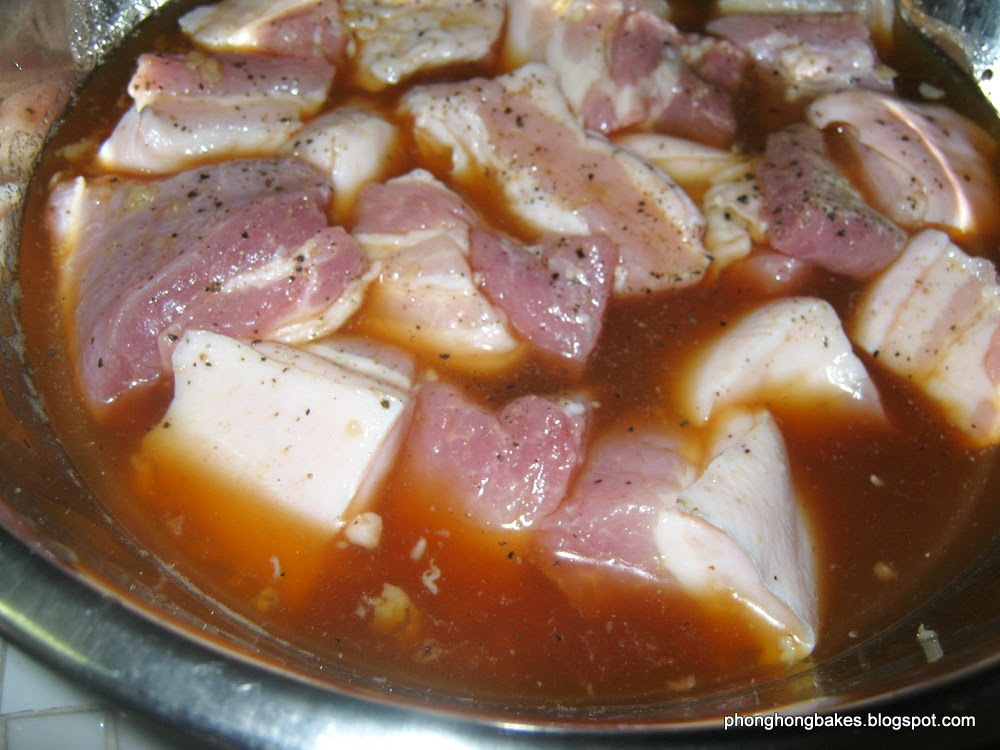 After that, I drained the meat. The liquids were discarded and I retained the bits of garlic that clung to the meat. All that is left to be done is to heat up the wok, add some oil and fry the meat till brown. Then add in the coconut water and simmer until the meat is tender. I continued to cook off the coconut water until it was syrupy and the dish was fairly dry. 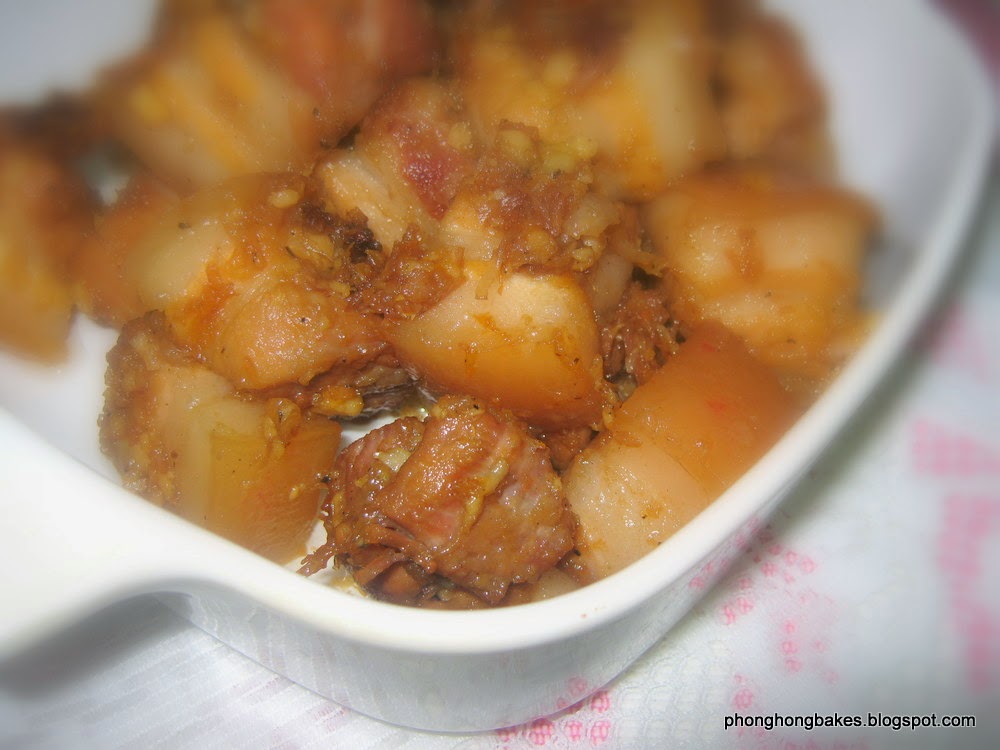 What you get is porky goodness that is salty, sour and sweet with a nice garlicky taste. See how nice and brown the meat is with bits of garlic clinging on to it. The original recipe calls for some extra garlic to to be fried and sprinkled on top. I skipped that step but I think it would be worthwhile to add extra fried garlic if you are a garlic lover. This Adobong Antigo I'll have to say is a keeper! 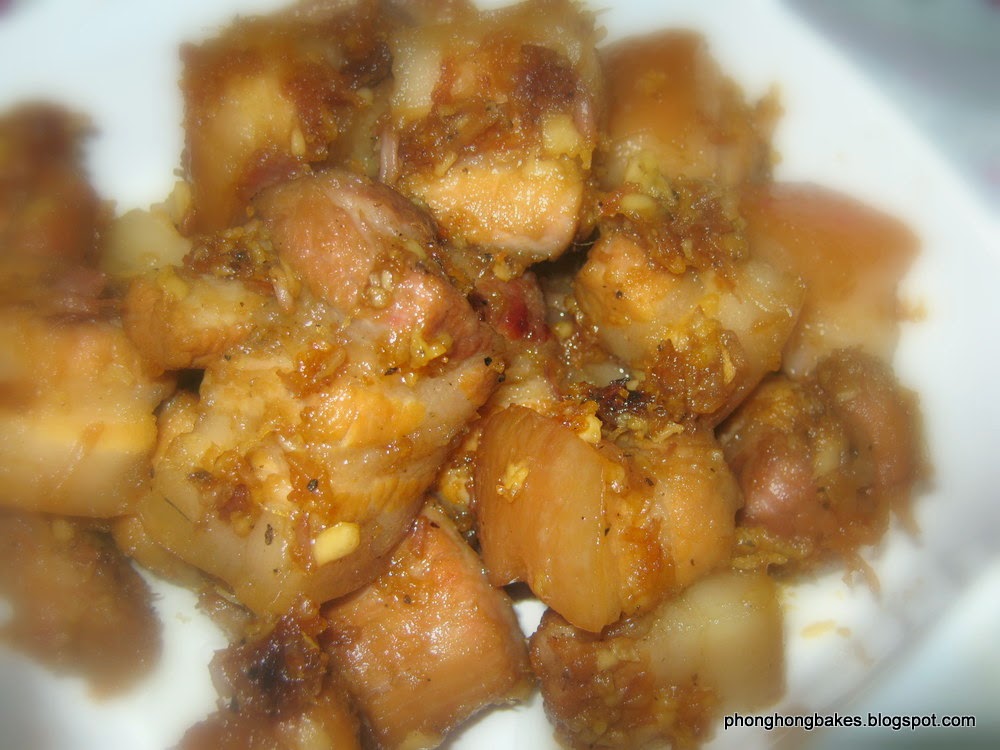 Method :
1. Marinate the meat with rum, soya sauce, garlic, pepper and vinegar for at least 2 hours. Drain.
2. Heat oil in wok and stir fry meat till golden brown, pour off excess oil and add coconut water.
3. Simmer till tender and adobo begins to give off oil.
4. The dish should be moist and fairly dry. Serve. 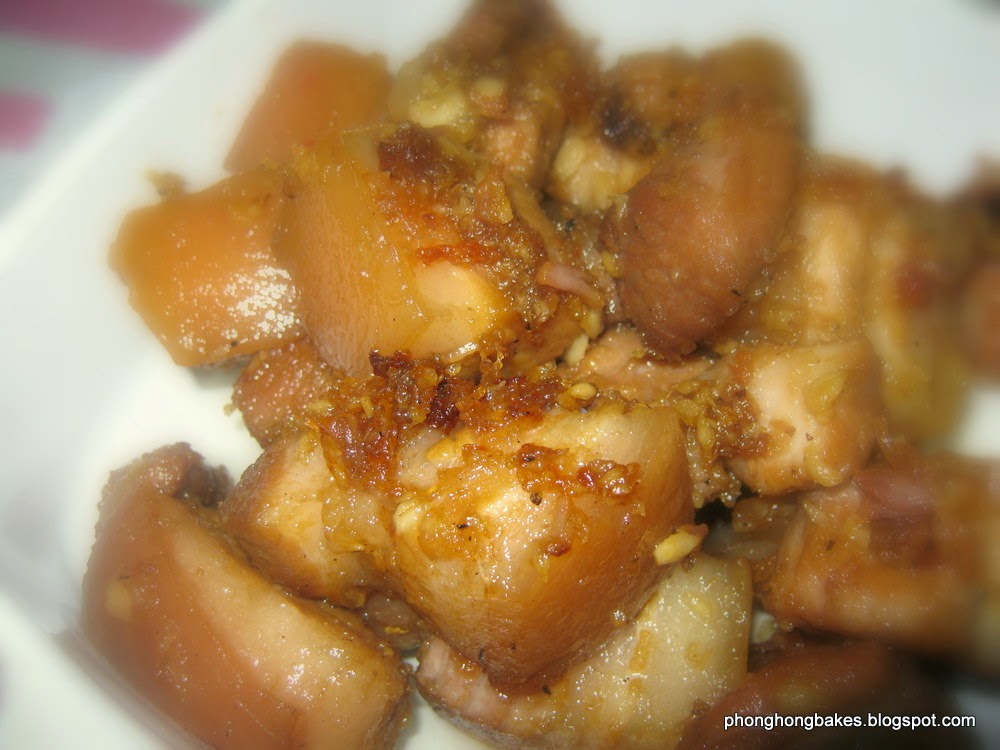 I am submitting this post to Asian Food Fest - Philippines hosted by The Sweet Spot.
Posted by PH at 07:38