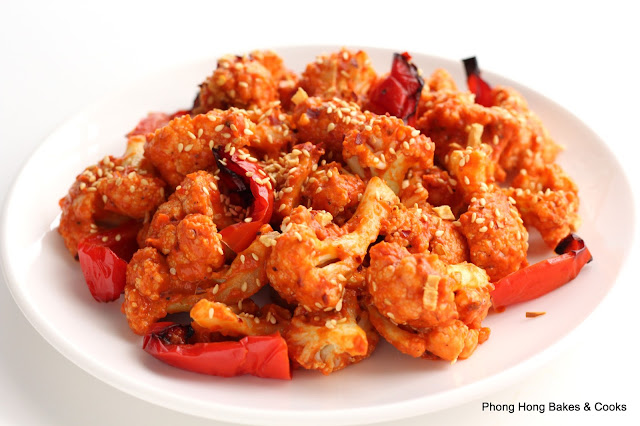 I am not really a fan of cauliflower, though I do enjoy cauliflower from time to time in dishes like mixed fried vegetables and salads. I have also, in my desperation to satisfy my craving for rice, attempted a cauliflower fried rice.


Then I saw this Best Cauliflower Dish posted by Kris of Eat What, Eat Where?. That led me to Daphne Brogdon, whom I have never heard of before.

Of course I was intrigued. The pan fried cauliflower florets were coated in a reddish creamy sauce and finished off with a sprinkling of breadcrumbs and sesame seeds. 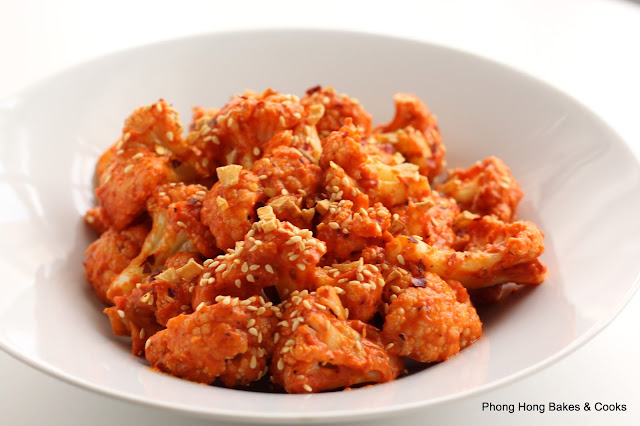 I find it difficult to buy cauliflower, because these vegetables are already covered with dark spots by the time I got to them at the supermarket. So I had to put this recipe on hold.

Then one day, I went to Jaya Grocer and I spotted some fresh cauliflowers. I took one and grabbed 2 large red peppers. One red pepper would have sufficed but I was greedy.

Last weekend, I got to work. I roasted both red peppers because I wanted to make sure I had enough (they tend to shrink in the oven) for the sauce and if there were extras, all the better because I love roasted peppers. 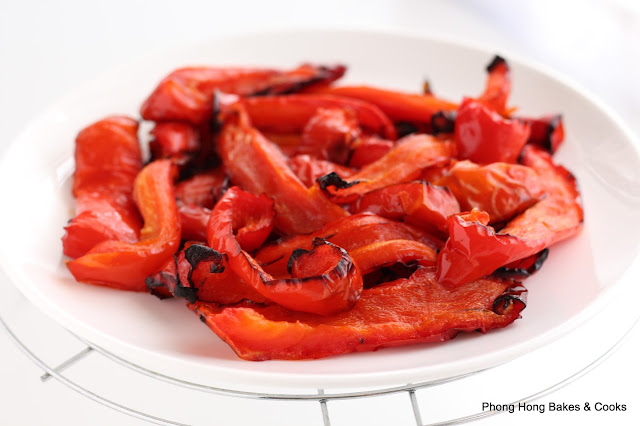 Then I chopped some garlic and fried them till nicely browned. I blended some of the roasted red peppers with half of the browned garlic,  a generous tablespoon of soft tofu and some salt and pepper to make the sauce. 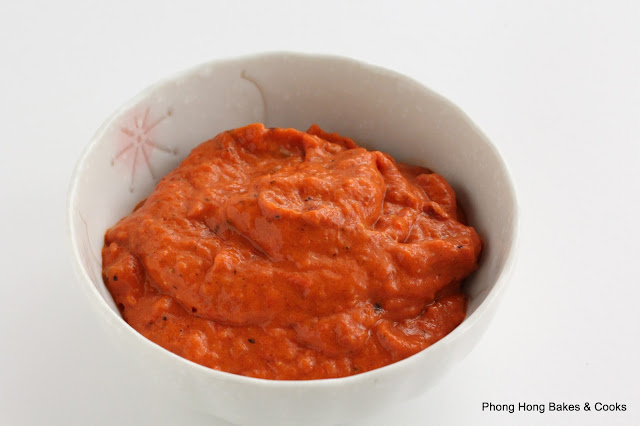 It was nice and creamy and tasted very nice. I loved the smoky flavor. Instead of pan frying the cauliflower, I chose to roast them in the oven.

Once the cauliflower was done, I tossed the whole lot with the red and creamy sauce. The I sprinkled some sesame seeds, remainder of the garlic and chili flakes. 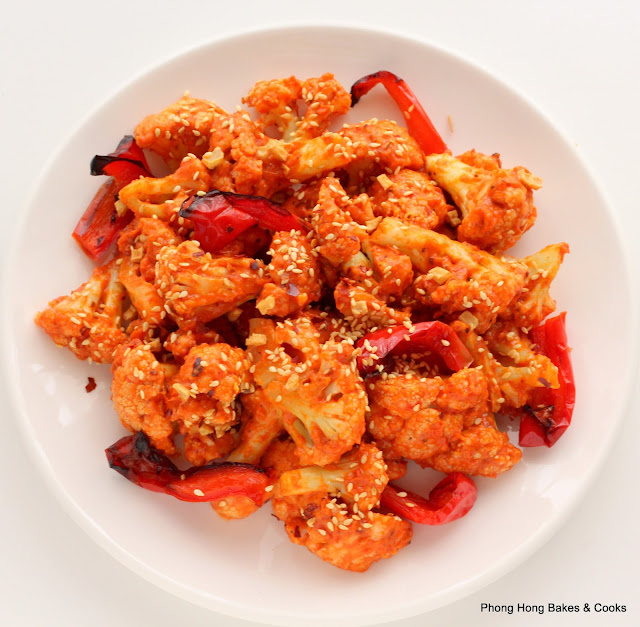 Then I had a taste. Oohh...very nice! Very nice indeed! It's something unusual that I have not tasted before.

Ingredients :
- 1 medium head of cauliflower, cut into bite sized florets
- 2 large red peppers (one is enough but I used two)
- 3 cloves garlic, chopped
- salt and pepper to taste
- one generous tablespoon of soft tofu
- olive oil (or any vegetable oil)
- some toasted sesame seeds for sprinkling

Method :
1. Slice red pepper into strips (not too thin) and toss in a tablespoon olive oil.
2. Place the red pepper strips in a single layer in a lined baking tray and roast at 200C for 40 minutes, tossing at half time and repeat after 10 minutes. Roast until peppers are soft and caramelized around the edges.
3. While the peppers are roasting, heat oil in wok and fry garlic until brown, Remove from oil and set aside.
4. Once peppers are done, remove from oven and set aside.
5. Toss cauliflower florets in olive oil and roast in the oven at 180C for about 20 minutes or until tender crisp.
6. While the cauliflower is roasting, make the sauce.
7. Blend red peppers (since I roasted extra peppers,  I used only 3/4), half of the fried garlic, soft tofu, salt and pepper. The mixture should be thick and creamy.
8. Once the cauliflower is cooked, place in a mixing bowl and toss with the sauce.
9. Taste for seasoning and sprinkle with toasted sesame seeds and chili flakes. 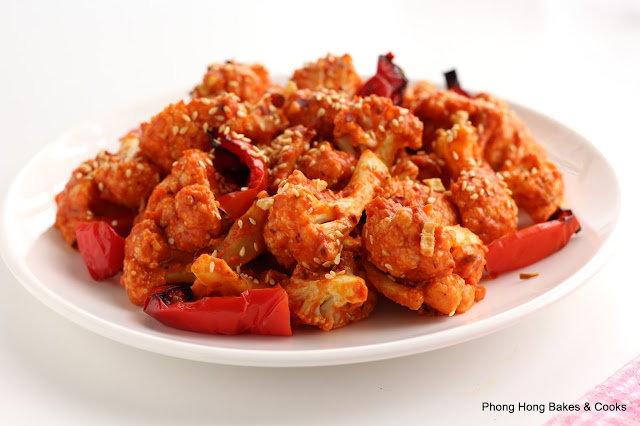 Email ThisBlogThis!Share to TwitterShare to FacebookShare to Pinterest
Labels: Snacks