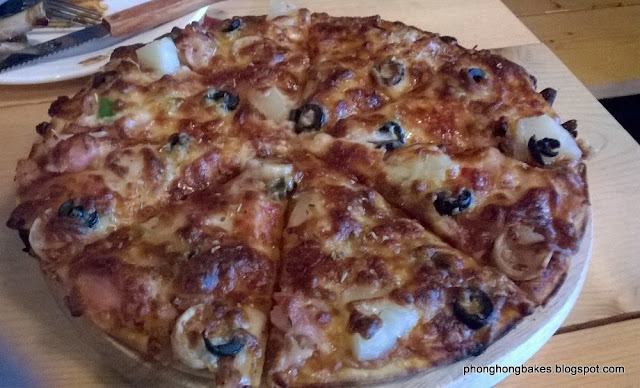 I had no transport for two days and my brother very kindly offered to give me a ride. How kind of him!


I spotted Skippys a while back (it is a few doors away from The Ship) and mentioned to my partner that we should check it out one day. But on second thoughts, I didn't drag him there because pizza and burgers are not quite his thing.

Coincidentally, it was my brother's birthday. So on day one I took the opportunity to buy him dinner and suggested Skippys.

We decided on an early dinner and we were lucky to get a parking space. Damansara Uptown is a mess right now due to the roadworks and so called beautification program. Traffic can be nasty and finding a parking space can give you high blood pressure.

Since we were not familiar with the menu, we decided to play it safe by ordering one pizza and one ribs. What? So little? Well, we were just testing the waters hee..hee.. 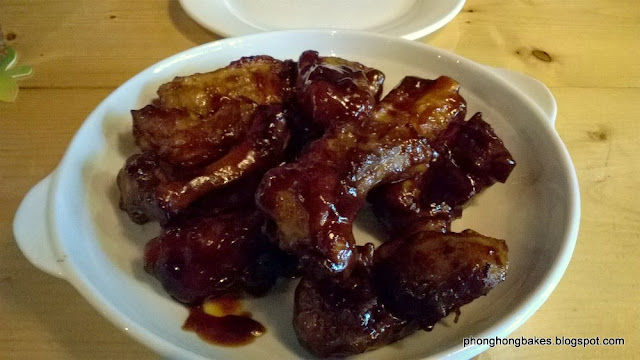 This is the Pork Ribs in 7 Sauce. I don't know what sauces made up the 7 sauce but it was pretty good. The sauce was sweet and tangy but not quite the usual BBQ sauce. The ribs were tender and moist and we were happy.

Incidentally, I was craving for ribs because I have been watching House of Cards, where Frank Underwood gets his regular ribs fix from this guy Freddy. In fact he has ribs for breakfast. Sorry, I digress....

Just for future reference, these are the other items that we should check out the next time we go to Skippys.

It looks interesting doesn't it?

Then we wanted pizza. So many to choose from. Decisions decisions.

I focused on the Meaty Pizzas and they all sounded so good. So I picked the Skippys Loaded because, well, it was loaded with so many ingredients. We got the 9" because the 12" would be too much (with the benefit of hindsight, we could have demolished two 9" tsk!). 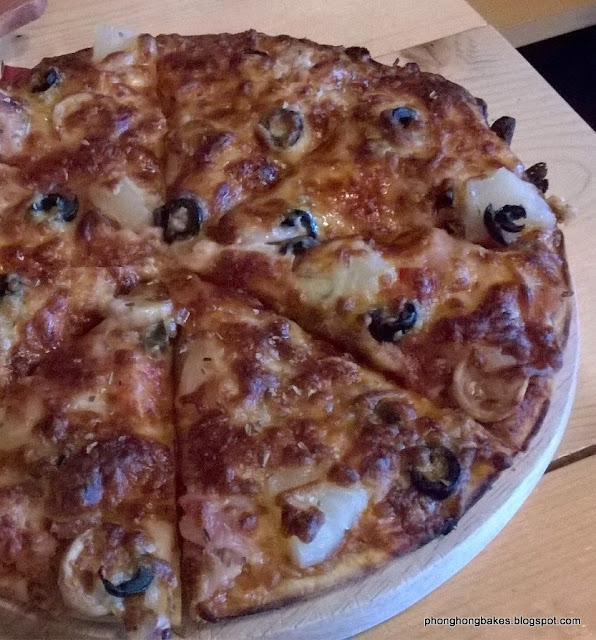 It was loaded alright. It came piping hot to the table. Before that, the server brought us these condiments. 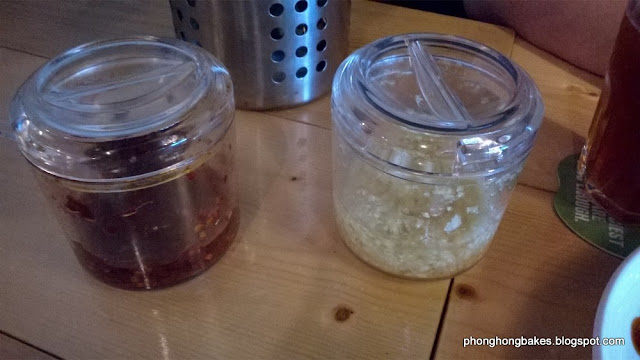 Garlic and chili for the pizza he told us. I've never had anything like this with pizza. And I tried it. One scoop of each on my slice of pizza and whoah! Nice! Garlicky and spicy. But the pizza itself is already delicious and it tasted fine without these extras. 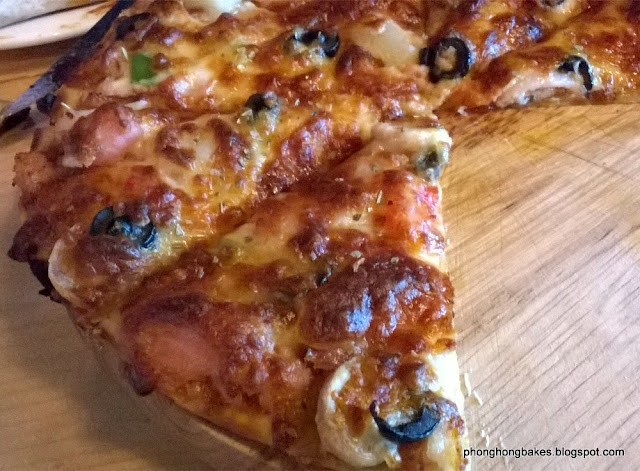 We loved the pizza. The flavors were really good. I mean, all this time I have only had Pizza Hut's and Dominos. Those were good but to me, this one is way better. 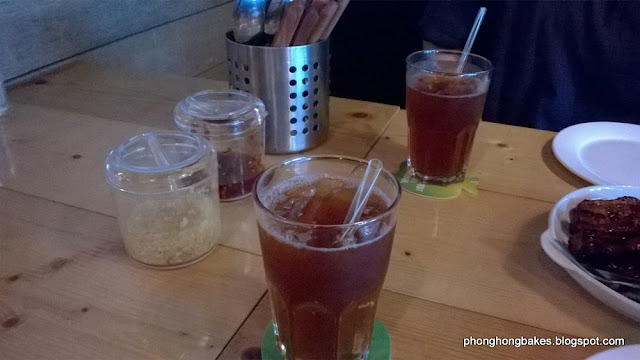 For drinks, we were boring and predictable. We both had Iced Lemon Tea. I told my brother the next time we come here, he should have a beer.

After the ribs and pizza, we were nicely filled up. I think we could have eaten more but it's best to not overeat because I know from experience that we would feel bloated and uncomfortable afterwards. 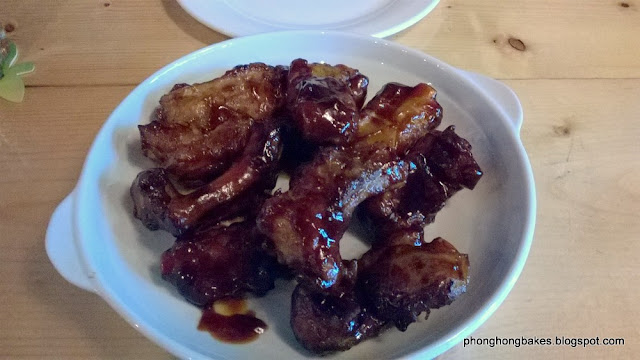 We'll definitely come back again. And I am glad that there is a good pizza joint nearby where I can get my regular fix. 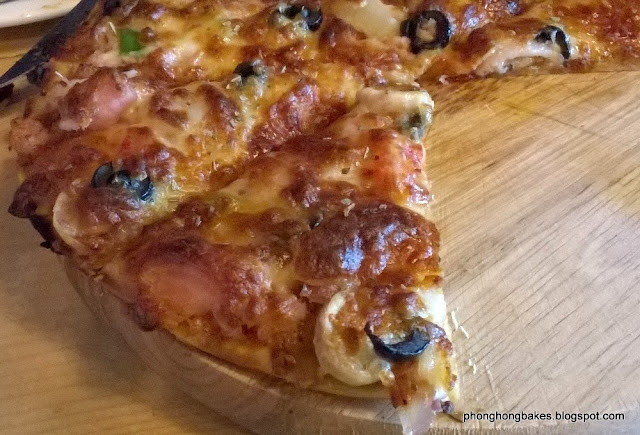 If you are interested, check out the full menu here. 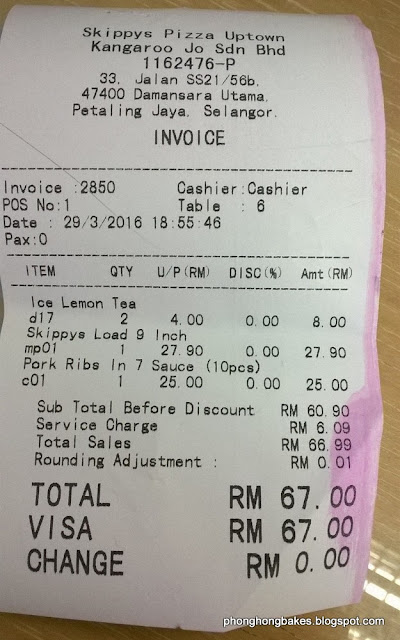