A No Frills Lunch and Durians! 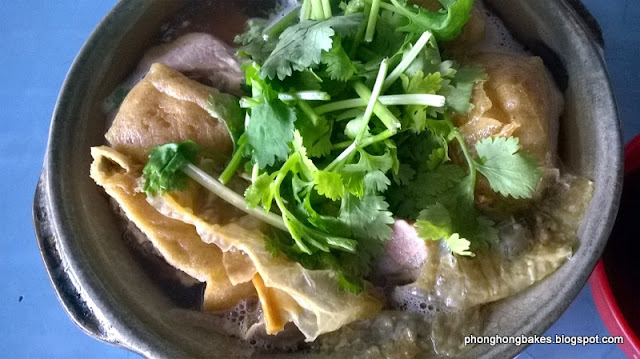 Sometimes the best meals can be had at the most unglamorous places. This Bak Kut Teh joint somewhere in Sungai Way is one such example. 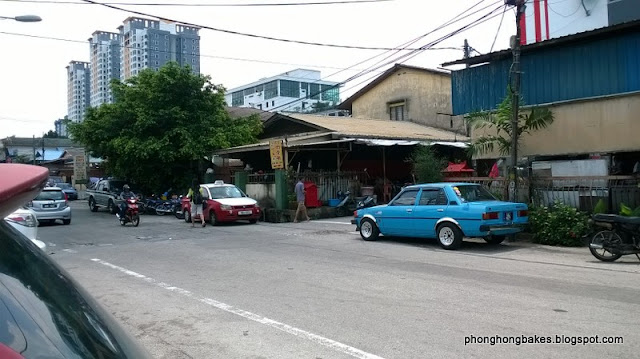 It is just a little shack with very basic amenities. Sorry I couldn't get a bigger shot of the sign. I took it from where my brother parked his car. 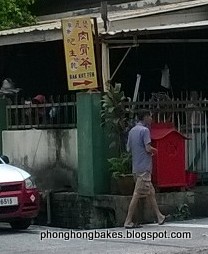 Take a look at the television. It's an old relic. 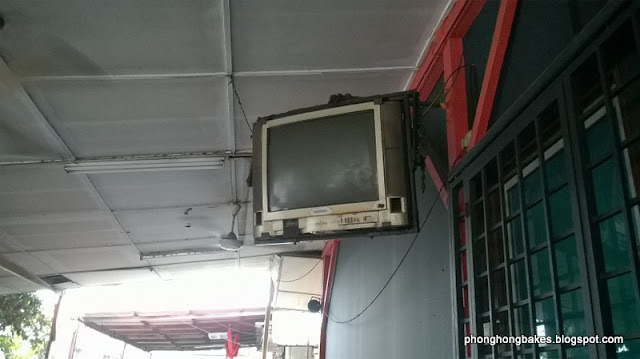 This is the drinks station. 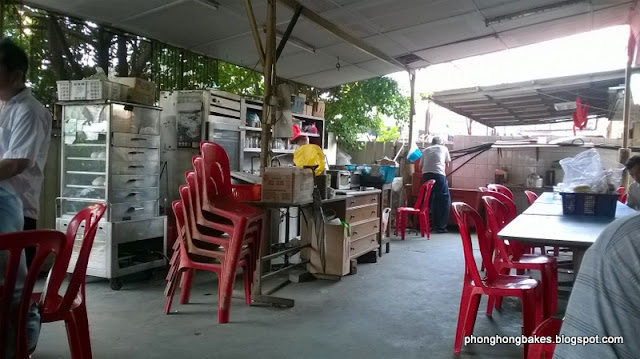 But it doesn't matter. I am not too concerned about the ambiance. I just want good food!

To start off, we were served the "yew char koay" which is dipped into the BKT gravy. 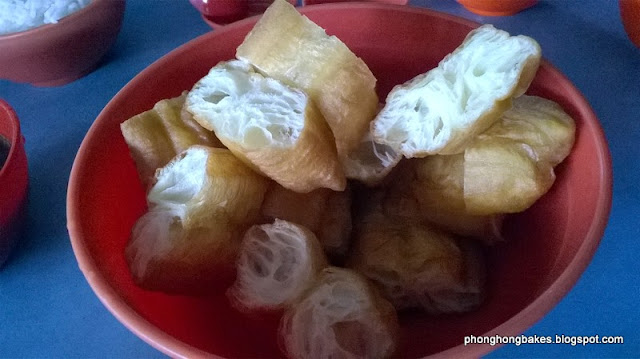 These are the condiments, garlic and chilli padi. 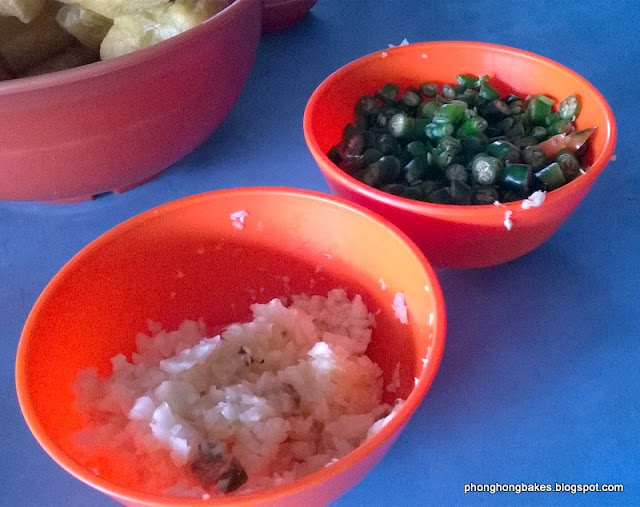 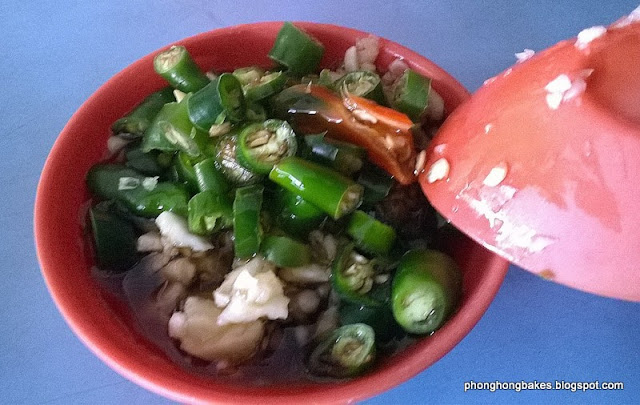 And now for the piece de resistance. 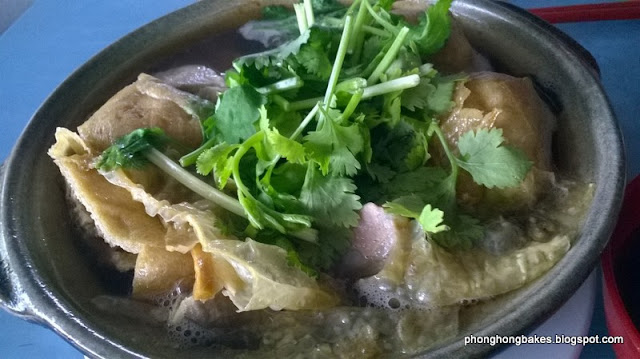 BKT with all the works. I dug for the precious treasure. 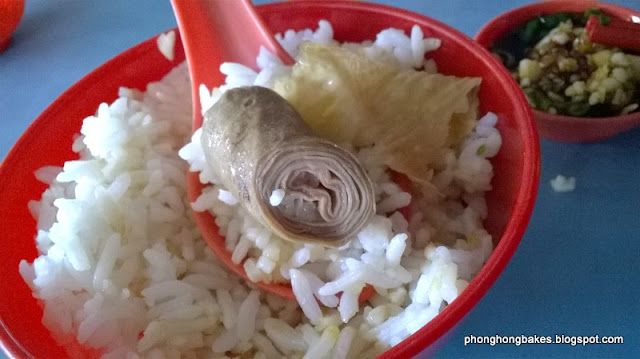 I love this! The other items were pork belly, soft pork ribs, taupok and beancurd skin. The BKT gravy was so flavorful. We plan to come back again.

By the way, anyone knows where I can get pork porridge with liver and other spare parts? Anywhere in PJ and Taman Tun would be great :)

And now, we look for durians. We made our way to Section 19. While stuck in the jam, I noticed this guy perched on the railing of the overhead bridge. 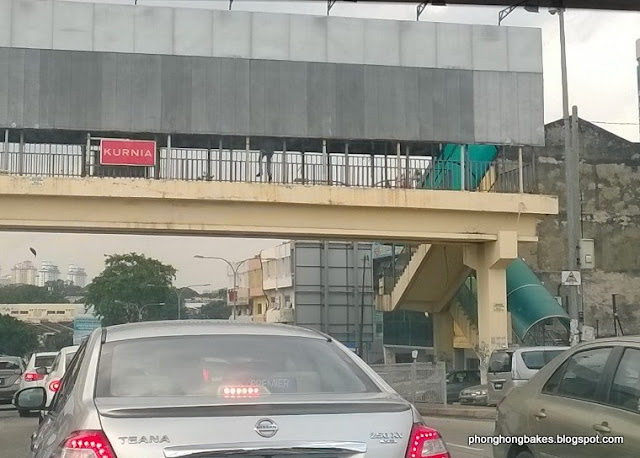 Can you see him? I was worried he might lose his balance. Thankfully, he got off and walked away.

So here we were. 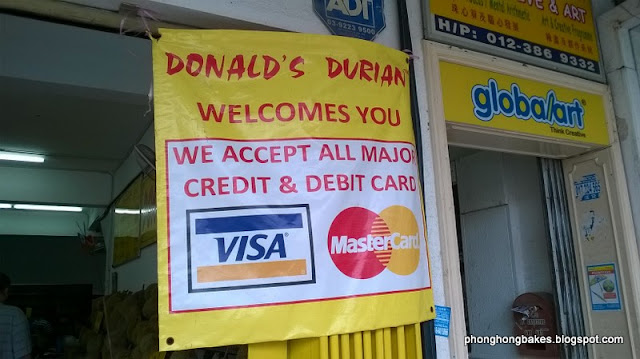 An assortment of durians all ready for the picking. 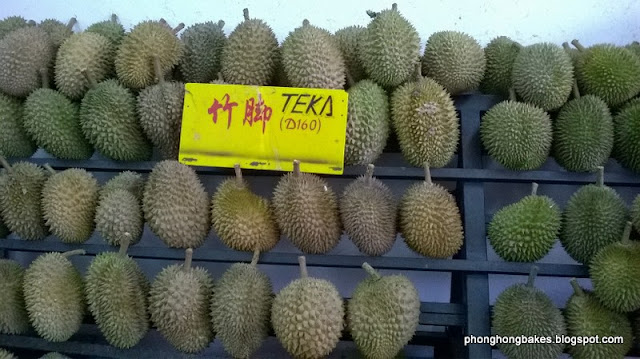 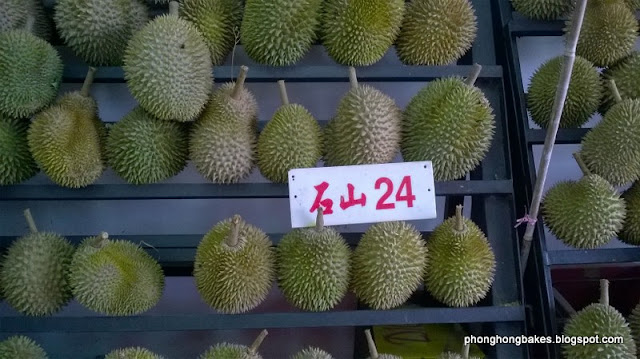 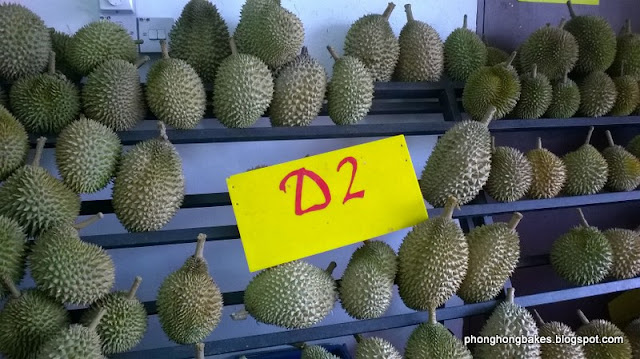 We stayed away from the Musang King. Expensive stuff that. 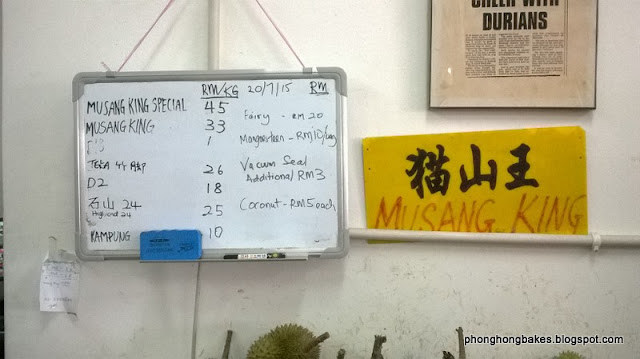 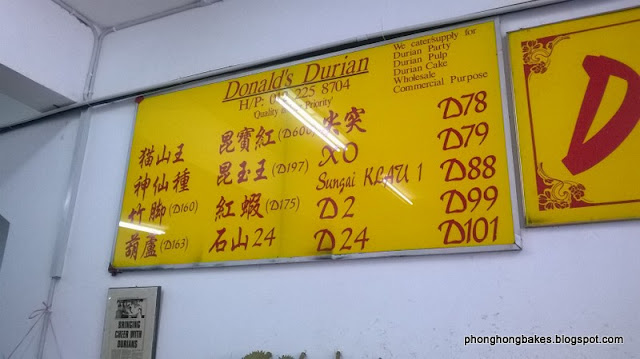 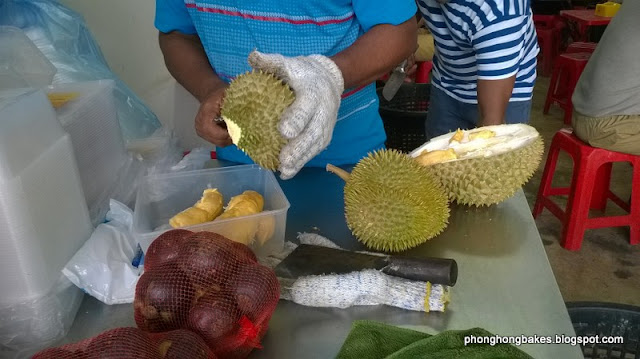 While opening the durians, the worker found some bad fruits. And he replaced them for us. The bad ones were discarded. 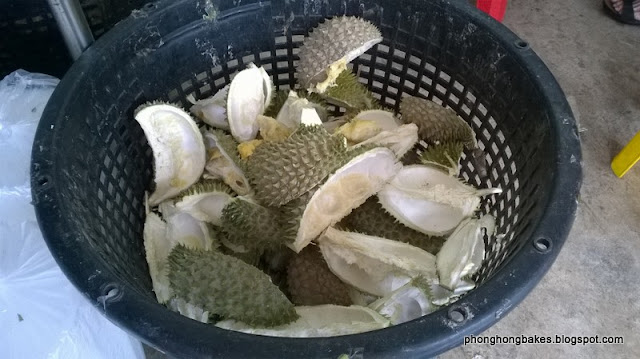 We then left with our stash. 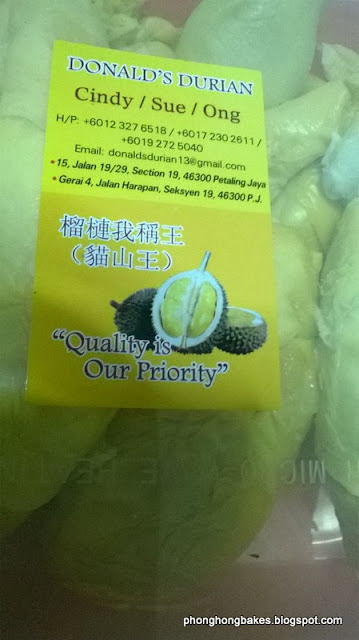 Once I reached home, I opened the box. 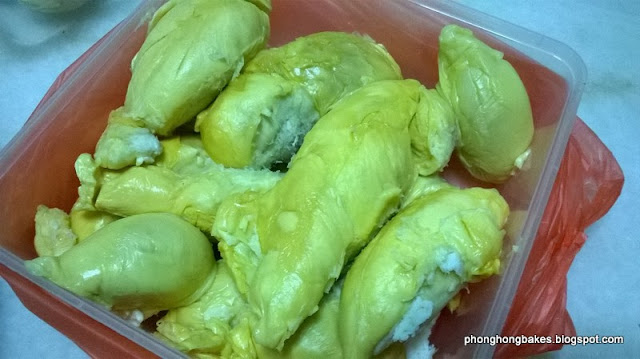 I don't know which is which. They were all mixed up. 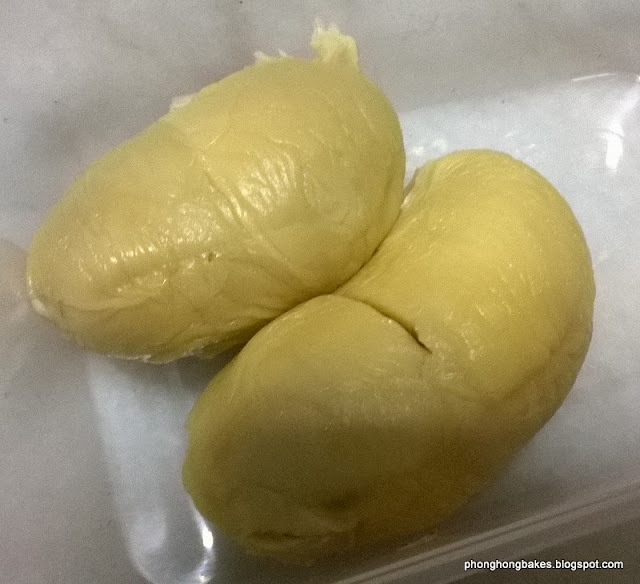 What a satisfying Saturday!
Posted by PH at 18:41