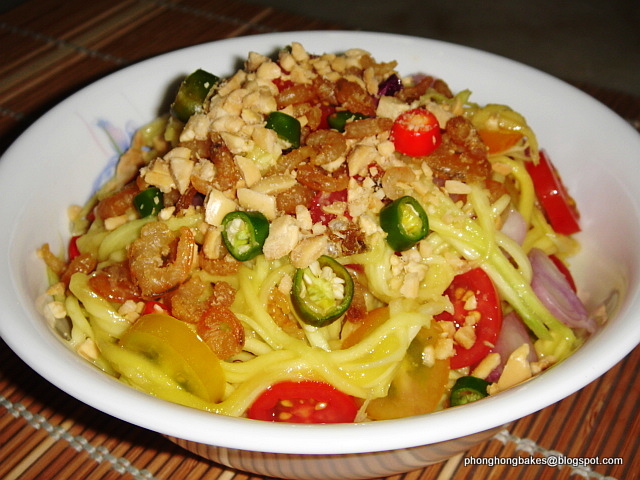 MFF Terengganu has just ended and what a month it had been! For once in my life I participated in an event. During my school days I never got involved in anything. I did all I could to avoid taking part in activities such as PE (Physical Education). Most of the time the cikgu (teacher) would make us girls play netball. I hate netball. My classmate Nargis and I would give all sorts of excuses, our all time favourite being our period. So Nargis and I were practically having our period every other week in between hiding behind the casuarina trees. Until one day, cikgu realised that these two jokers were having their period once too often. Busted!

Still fresh from the recent MFF event, I am presenting my first Kedah entry. Frankly, I don't know much about Kedah  food and had to rely on our host, Wendy for guidance. As I scrolled down Wendy's intro, Mango Kerabu caught my eye. Now, that's something I could work on.

From Noor Hafirdaus's posting, I gather that in Kedah, mango is called  buah pelam (from the word buah mempelam). If I am not wrong, we do that as well in Terengganu. Noor made her kerabu using shredded mango, cili padi, big onions, toasted dried prawns, red sugar (gula kabung) and squid sauce. 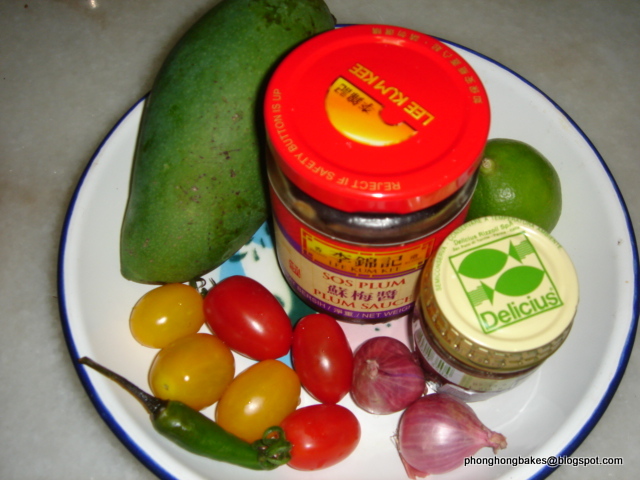 I am using fish sauce and I have added another favourite ingredient of mine, anchovy fillet. I like the robust flavours it imparts to the kerabu. I also added lime juice even though the young mango is already sour because I like the fresh fragrance of lime. Instead of big onions, I am using shallots and I've added cherry tomatoes as I was trying to finish up the last few lying in the fridge. They did add more flavour besides making the kerabu more colourful. And instead of sugar, I used plum sauce for the sweet tangy taste. 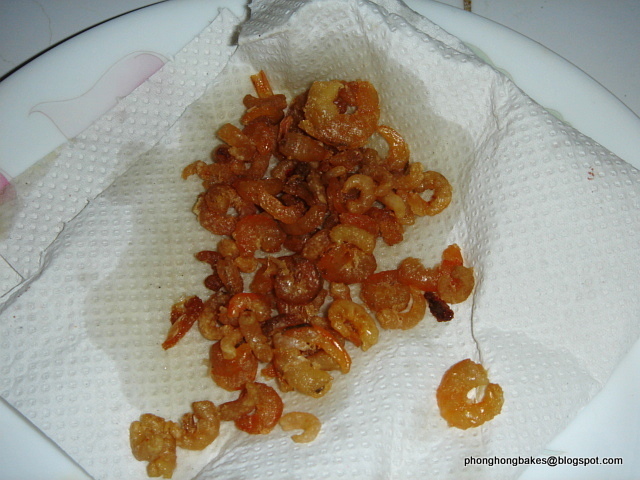 I fried the dried prawns until they were brown and crispy. They were indeed yummy. I had to stop snacking on them or else there won't be any left for the kerabu. 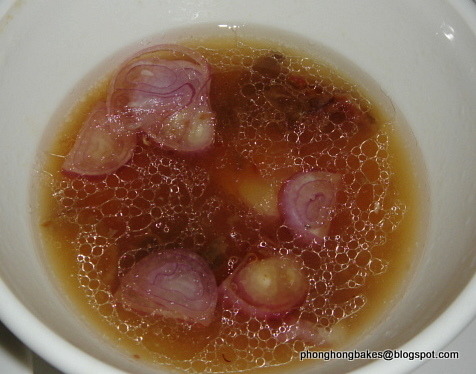 And I made the dressing in advance to allow all the flavours to mingle and develop. The addition of sliced shallots (or big onions) into the dressing makes it more flavourful. You will notice my dressing has some oil on top. That came from the oil the anchovies were packed in. I added about a teaspoon of that oil for more flavour.


This is my version of the Mango Kerabu inspired by Noor Hafirdaus. 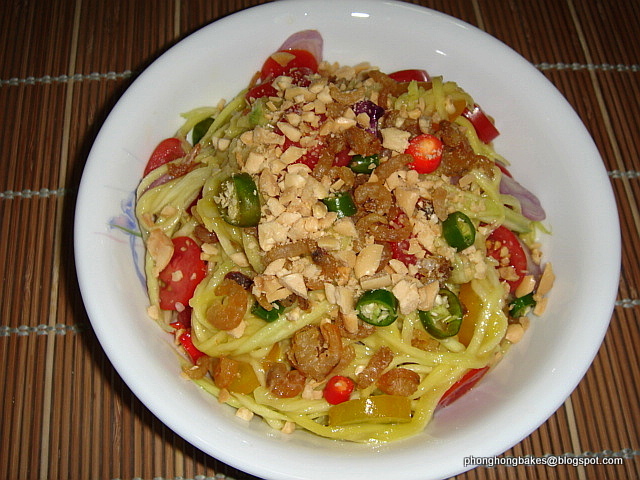 Method :
- Rinse and drain the soaked dried prawns and fry until brown and crispy. Set aside.
- In a bowl mix lime juice, fish sauce, anchovy fillet and plum sauce. Add a few slices of sliced shallots to the dressing and set aside.
- Place shredded mango, cherry tomatoes, shallots, cili padi and dried prawns in a mixing bowl.
- Add dressing and mix evenly.
- Garnish with crushed peanuts and serve immediately. 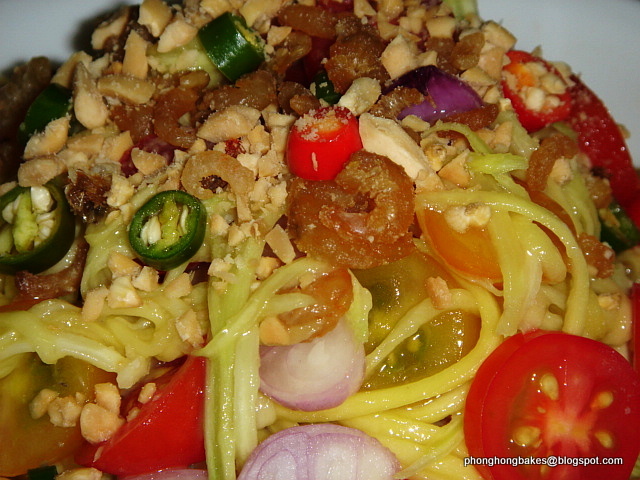 I am submitting this post to Malaysian Food Fest, Kedah and Perlis Month hosted by WendyinKK of Table for 2.....or More.