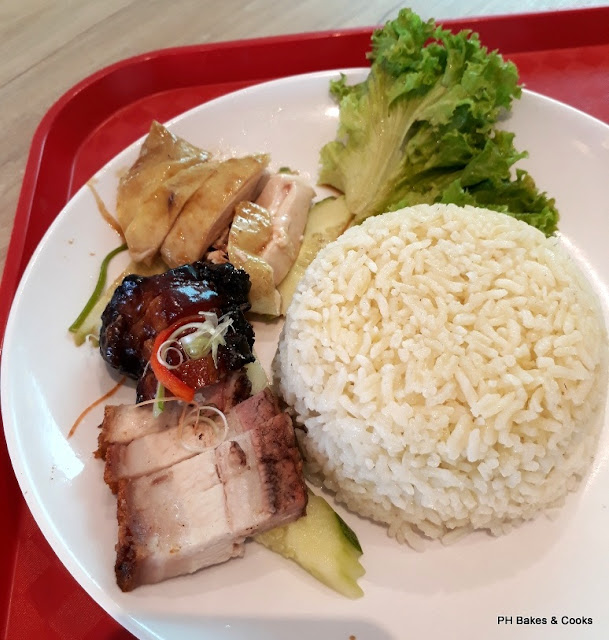 A new food kiosk has opened at A Foodie's Nest, The Starling. Li Wei occupies the spot vacated (for the longest time) by Fujisawa Izakaya which is located next to my favorite Hotpot1. 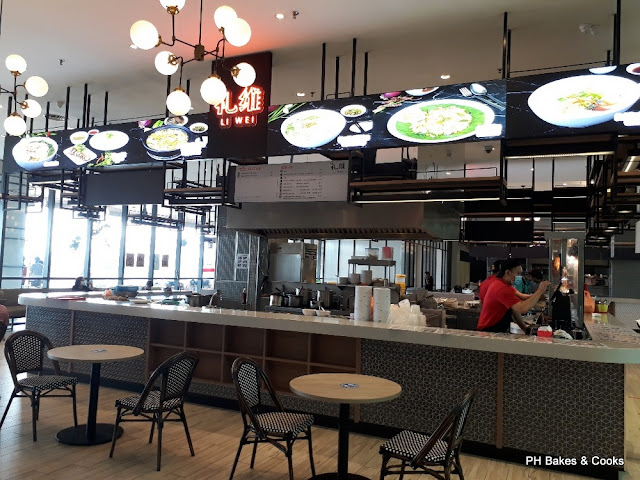 This spot was set up for some months before it started operations recently. 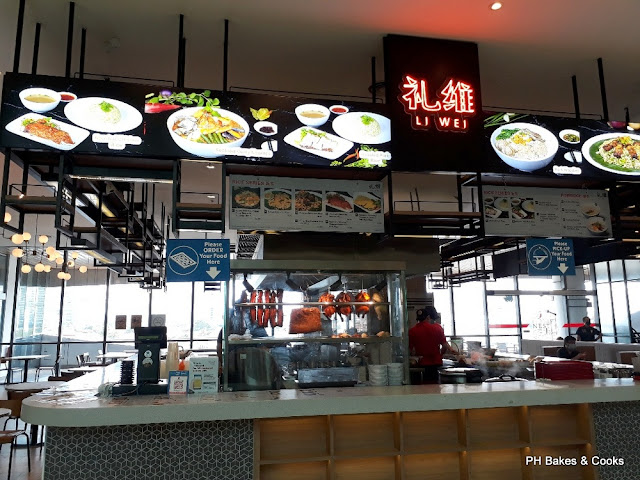 So I went to inspect the menu. Ooohhh...got char siew/siew yoke fan! And fried rice too. There is also something interesting called Eatery Poached Cripsy Fried Rice with Superior Broth. I would have to be in an adventurous mood to try that. Then there is porridge, which means I can bring my partner here kih...kih...kih... 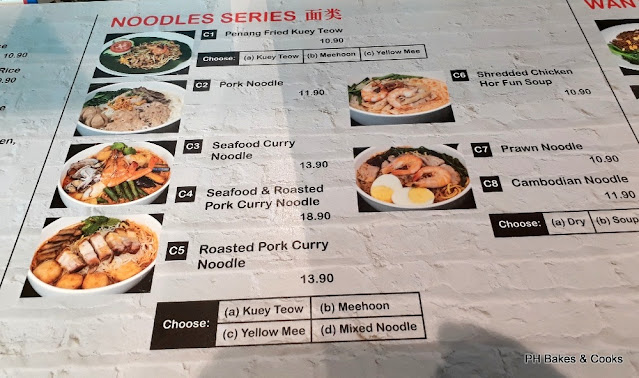 They also do noodles. How wonderful! And wantan mee too. 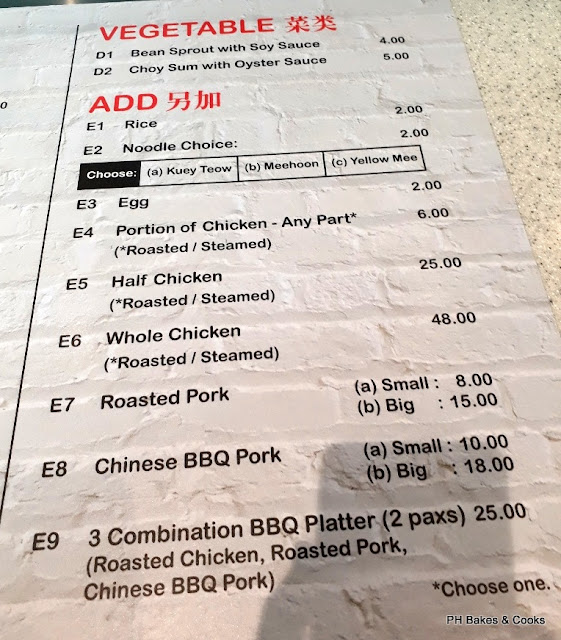 Ah, they also have two vegetable side dishes and some add ons. Nice. Lots of choices.
So. I had to check them out. 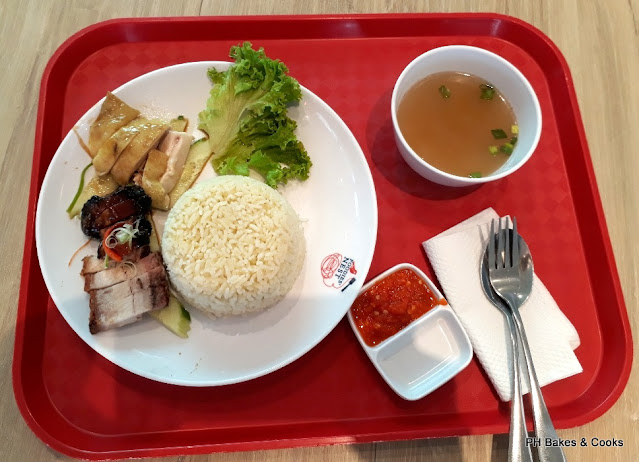 I could not resist trying the whole works - steamed chicken, char siew and siew yoke (RM11.90). 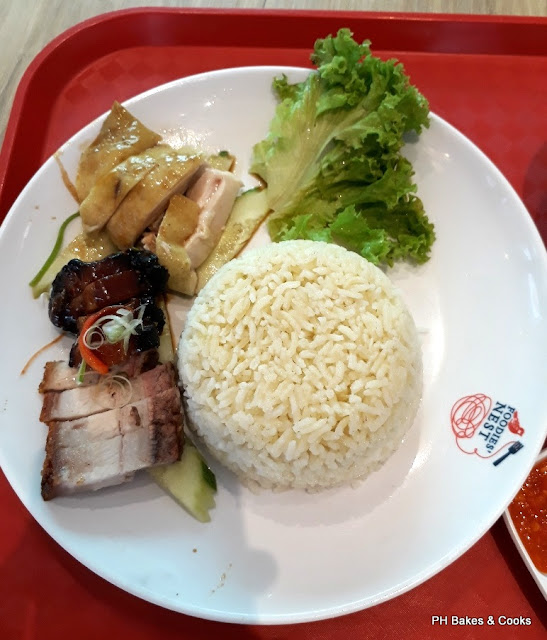 I requested for the chicken drumstick portion and to my delight, my request was fulfilled. I must say that the chicken, char siew (very nicely caramelized) and siew yoke were better than I expected. So was the rice. I was quite impressed,
And the soup was no token diluted soup (which is usually the case elsewhere) but was robust with prawn flavors. The chili dip was pretty good too. What can I say? This Li Wei got standard lah!
Next up was the Seafood & Roasted Pork Curry Noodle (RM18.90). 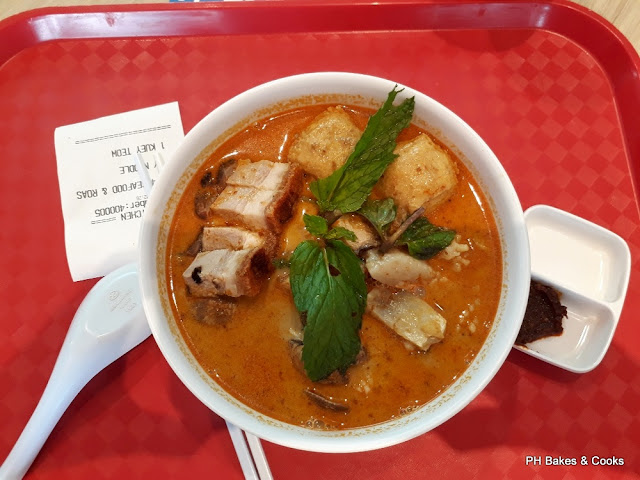 My brother will be very pleased to know that the curry mee here is garnished with mint leaves. 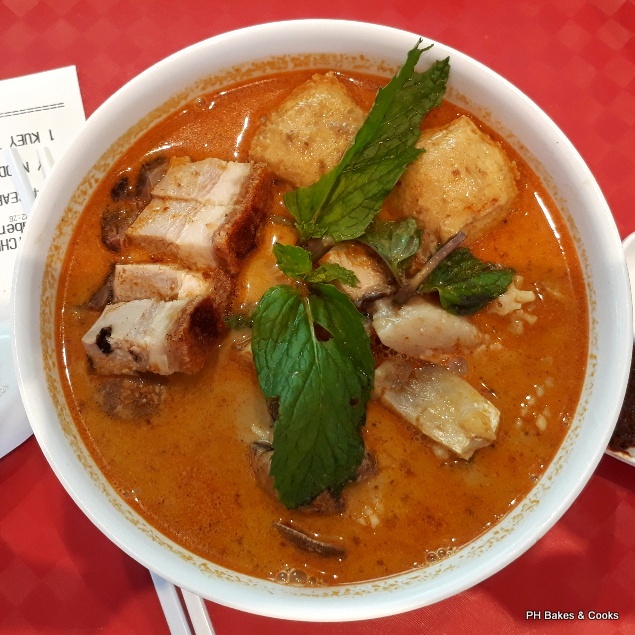 Let's see what the seafood is all about. 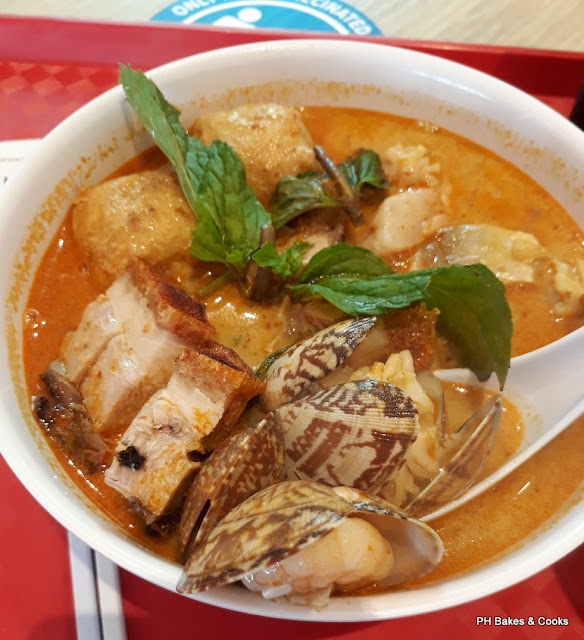 There are some clams (I didn't count how many), prawns (two tiny ones), squid (one piece) and fish (one piece). 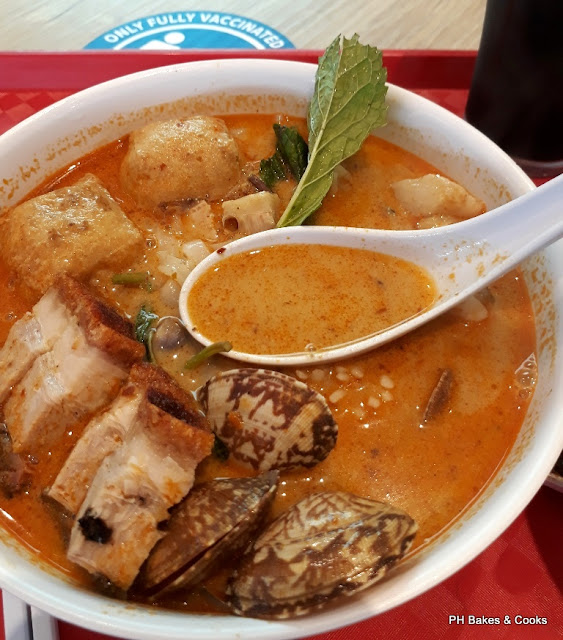 The gravy is light in consistency but full of flavors. Not the jelak type. 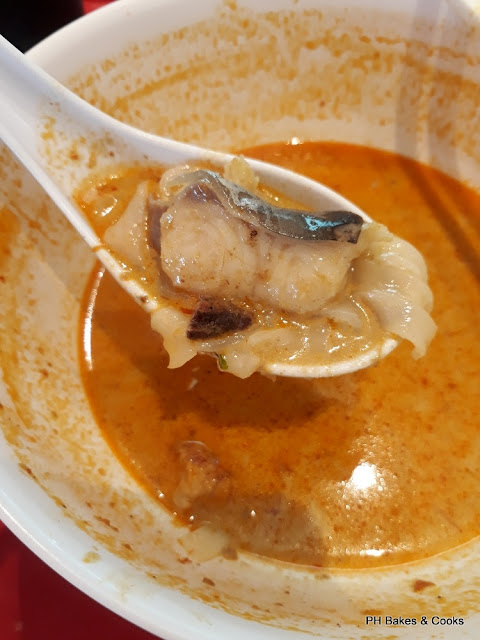 This is the tiny piece of fish. LOL!
So did I enjoy this curry noodle? 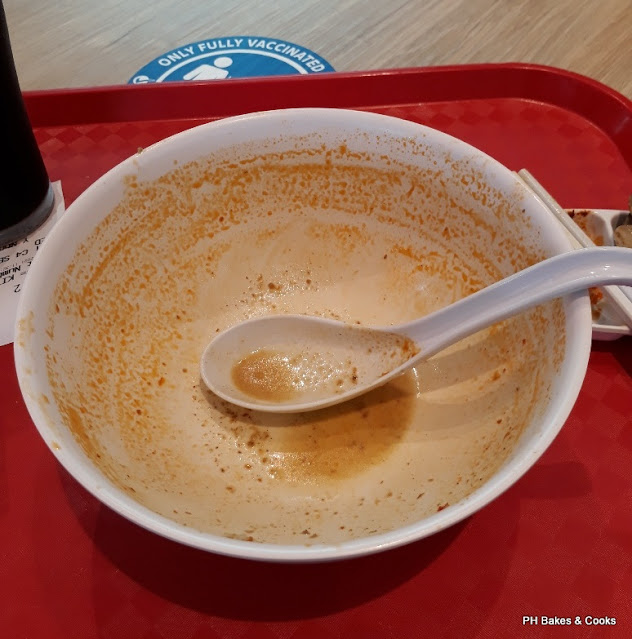 Need I say more? hah..hah... Best of all, I did not feel thirsty afterwards. 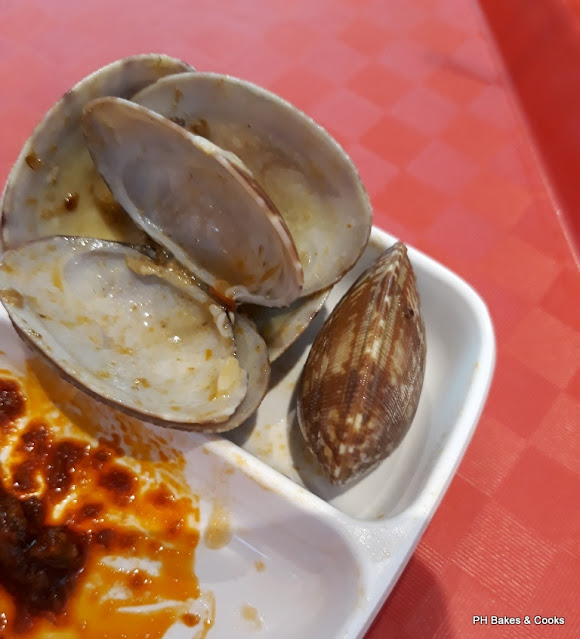 By the way, one clam was dead because it did not open.
And now for the acid test. The Penang Fried Kuey Teow. 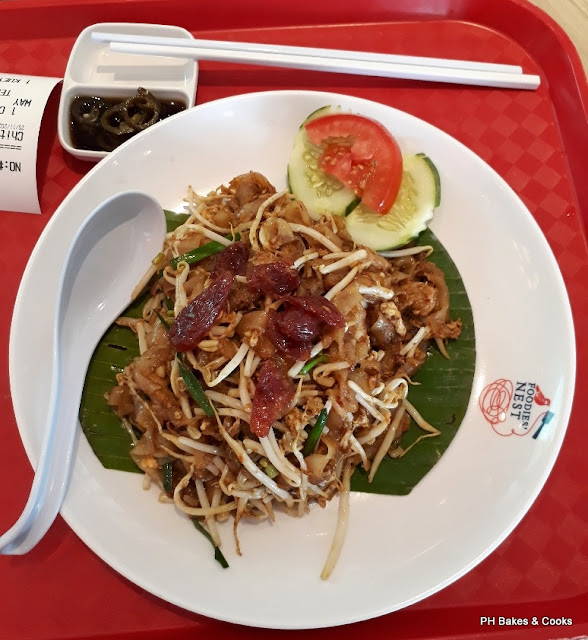 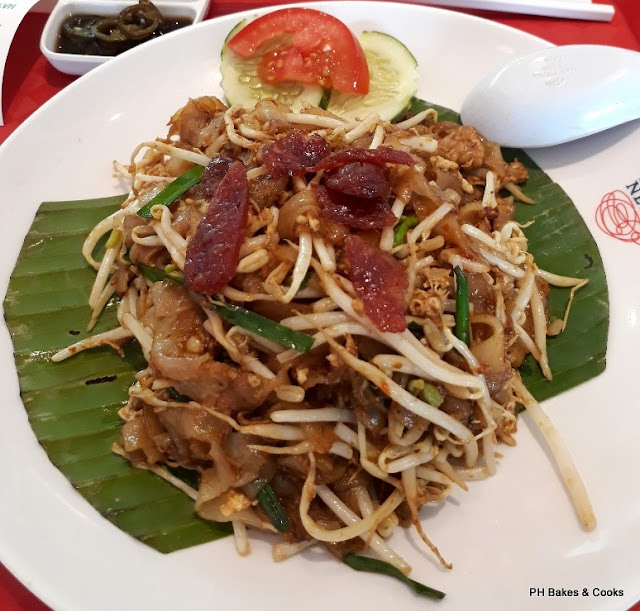 I won't say that this is the best Penang CKT but it is much better than some that I have tasted so far (even better than the one I had in Penang). There were two prawns and some small pieces of meat but lots of fresh crunchy beansprouts. It also had a whole lot of wok hei going on but at RM10.90 a plate, I won't be eating this so often.
So yeah, I like this Li Wei very much and you can bet that I will be visiting again to try the other items on the menu and to revisit my favorites. 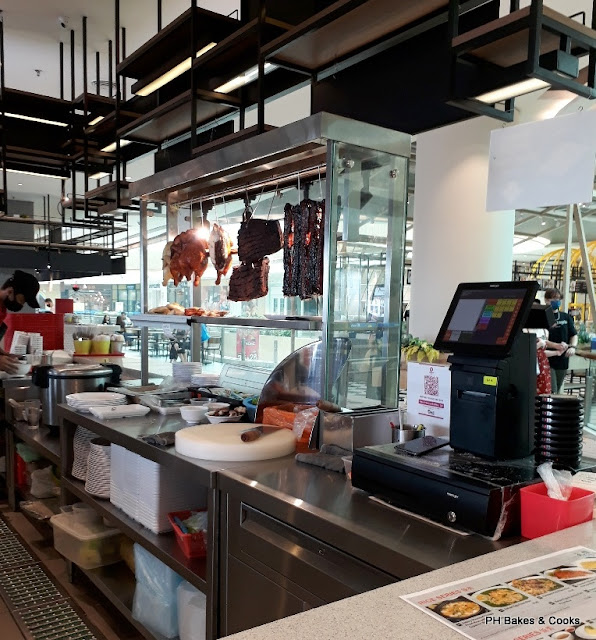