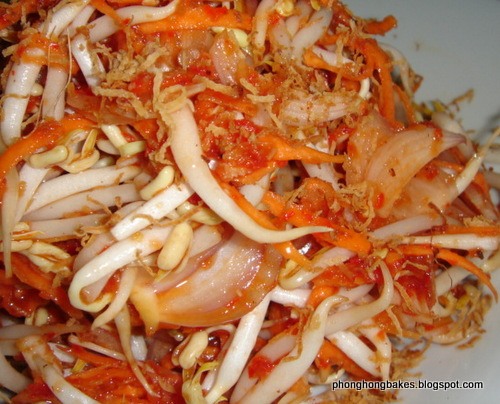 When I was a kid, taugeh (beansprouts) was my biggest enemy. I used to think that taugeh was the worst food ever. My grandpa even tricked me once when he put taugeh into my Maggi mee (noodles). "That's actually mee. The manufacturer made them look like taugeh. Eat.", grandpa said convincingly. That was the pre-internet era when kids were easily fooled. And I gingerly tried the soggy taugeh and though it didn't taste that bad, I still avoided it like the plague. 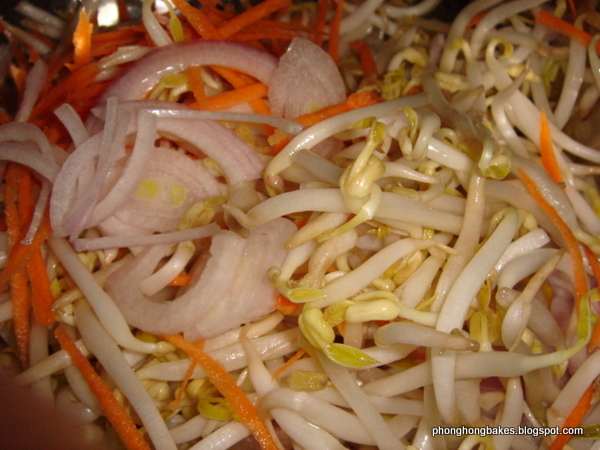 I mean, how could anybody like taugeh? It had a weird smell and to top that off, grandma used to make me help remove the tails. There must have been thousands of taugeh in the basin to be de-tailed and it was such a tedious job. I would rather be sitting in front of the TV watching Ultraman wrestling with the raksaksa (monster). When I gained independence (Merdeka!) I decided that there is no harm eating the tails. And thus began my love affair with the taugeh. 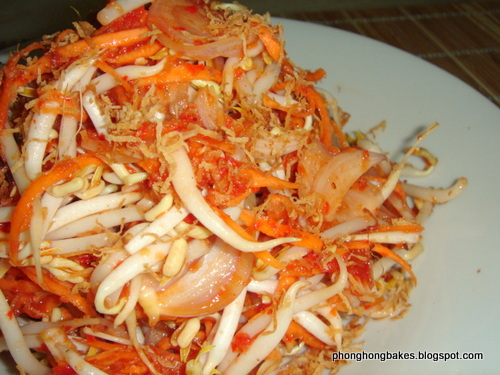 I love taugeh simply fried with garlic and salt, or if I am having rojak, I love it raw. No blanching for me. I want my taugeh crunchy. I also love raw taugeh with Chenh. And now I love kerabu taugeh. The dressing is the usual sambal belachan recipe, and there are some recipes which add kerisik to the dressing. I have tried that but I prefer to sprinkle the dry fried coconut (without pounding) over the kerabu. This kerabu is great served with keropok (fish crackers) or fried fish.

The recipe I am sharing comes from Kak Liza's "Senangnya Memasak ...... Kerabu & Salad". 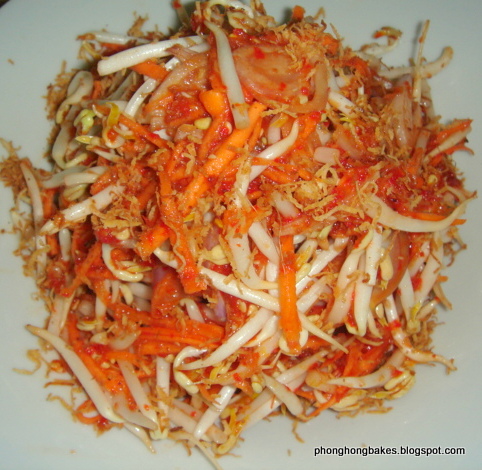