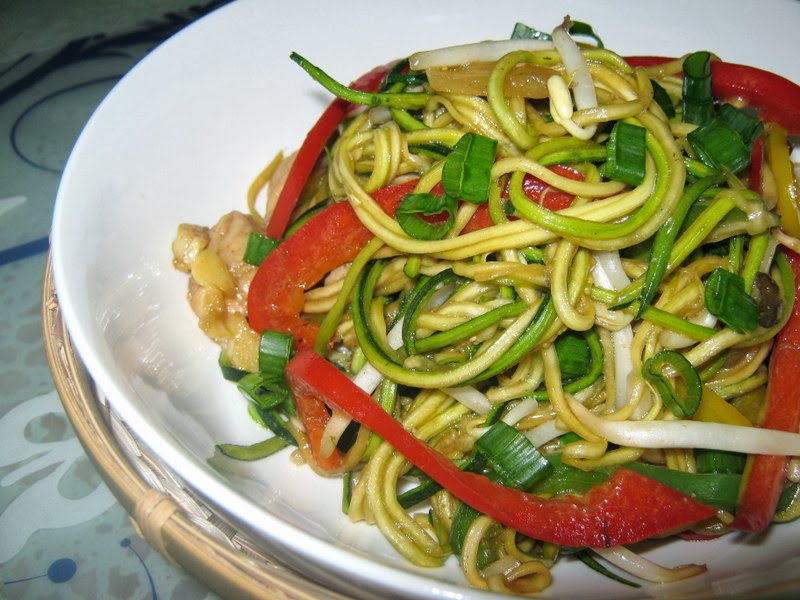 I'm at it again. First it was fake rice, now fake noodles. Sorry ah, I miss my mee goreng. So what's with this thing called zoodles?
For those already in the know, zoodles are zucchini noodles. These are zucchini cut into thin strips to resemble noodles. Yes, fake noodles to allow pathetic people like me who can't eat the real thing a chance to satisfy our carbo cravings. 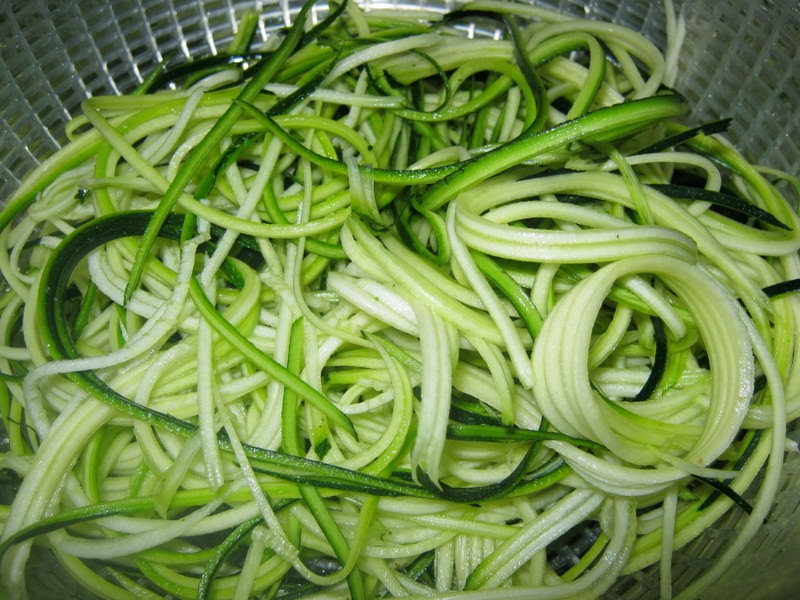 This is another idea I borrowed from nom nom paleo. I have never been a fan of zucchini because I find them bland and tasteless. But this characteristic is actually ideal as it can therefore take on the flavours of the other ingredients and seasoning.


With this in mind and with my nagging craving for food that would make me even more bootylicious than I already am, I bought my first ever zucchini. It is quite easy to prepare the zucchini noodles especially if you have a julienne peeler. Go to nom nom paleo's recipe for Zucchini Spaghetti & Meatballs to see how to go about it.

For this recipe I used marinated chicken fillet (marinated with fish sauce), onions, garlic, green, red and yellow peppers and beansprouts. For seasoning it was simply Braggs Liquid Aminos (or you can use soya sauce), some vegetarian oyster sauce and loads of pepper. Use your favourite fried noodle recipe and replace noodles with zoodles. 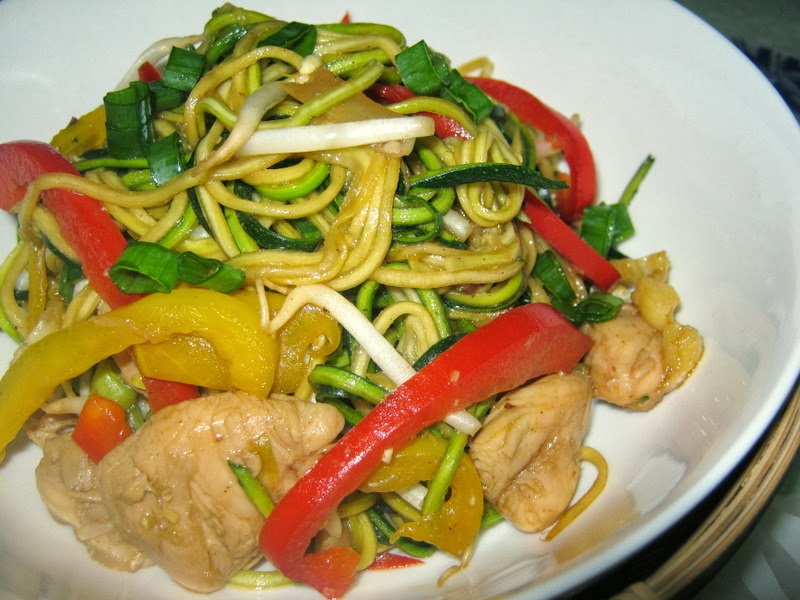 Remember not to overcook the zucchini or you will end up with very soggy zoodles. I may have undercooked it a little as my zoodles were still crunchy which was not exactly a bad thing. It was basically a platter of mixed fried vegetables with me pretending I was eating noodles. When I'm desperate for my carbs, I'll go to any lengths including fooling myself with this noodle look alike. And guess what? I like! Better than losing it and going on a mee goreng binge :D