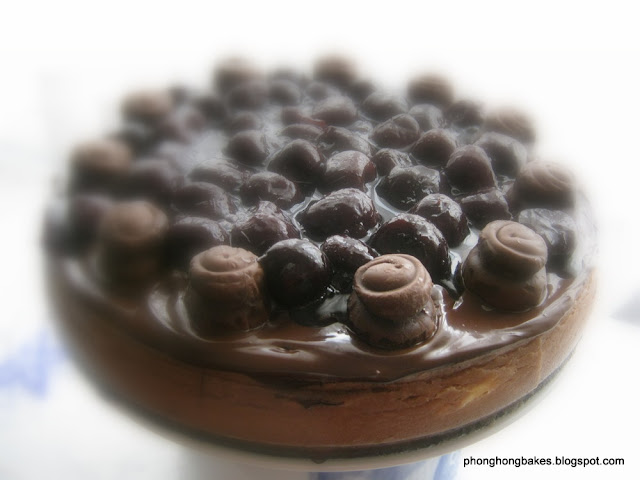 You know, I have so many things in my pantry and kitchen cupboards that I am forever trying to create  space for more stuff. Not only am I a compulsive eater, I am also a compulsive hoarder.


Digging deep into the pantry, I found this. 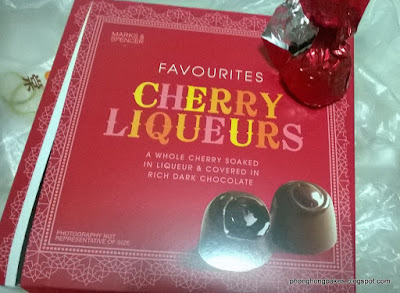 This was from a Chinese New Year hamper. Upon checking the box, these cherry liqueurs will expire December 2015. We are almost halfway through 2015 and I better do something (besides popping them into my mouth).

Then I found 2 cans of these. 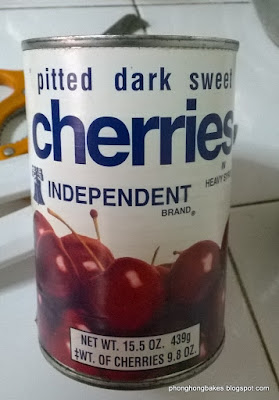 I bought these canned cherries from Bake with Yen some 2 years ago with no idea what I was going to do with them. They will expire July 2015. Yikes!

And in the fridge (which is also perpetually loaded) my whipping cream was also expiring soon. Real soon. 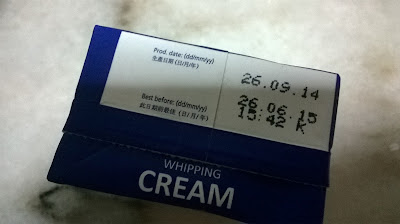 I remember too well with much regret how many baking and cooking ingredients I had to throw away when they expired. An action plan was required to avoid another incidence of wastage.

I also had a packet of 500g cream cheese in the fridge that expires October 2015. That's not too far away. Great. Now I have a valid excuse to bake a chocolate cherry cheesecake. 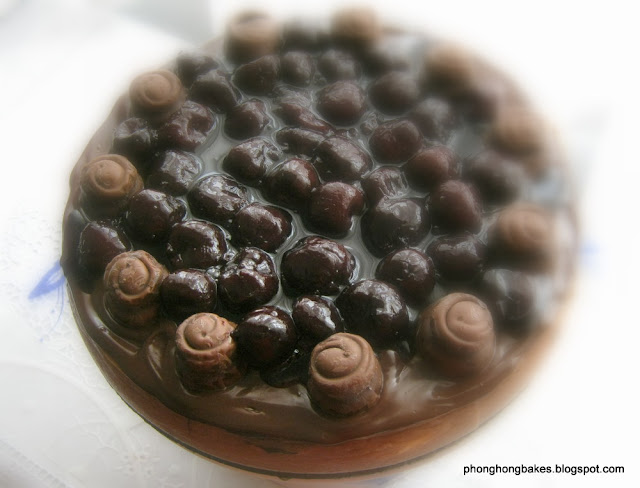 But I didn't have a recipe. And I was in no mood to google for one. So I decided to go with my memory and instincts. Yeah, auntie is using her pakat hentam-hentam method, which could jolly well end up as an episode of mad baking. 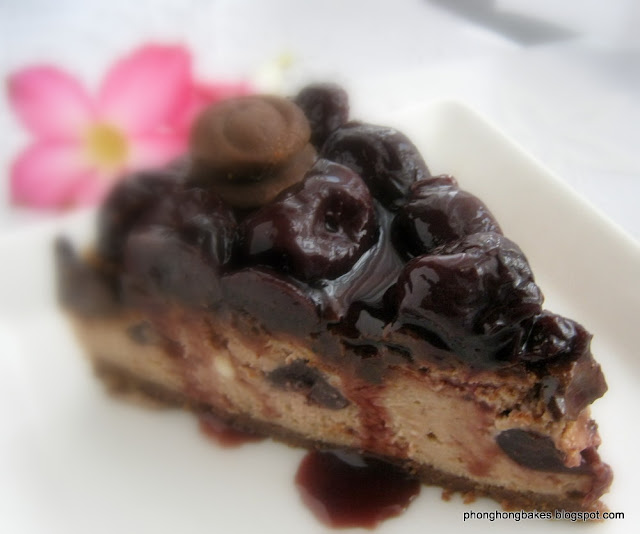 There's also half a bottle of Nutella and it was deployed into this cheesecake to make it a Nutella Chocolate Cherry Cheesecake.

After more digging, I also found these. 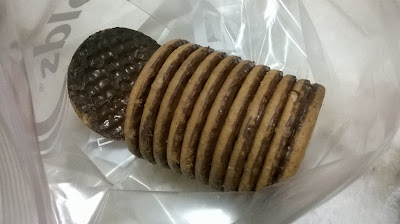 Chocolate digestive biscuits, also from the same Chinese New Year hamper. Half was already used for another Nutella inspired cheesecake. 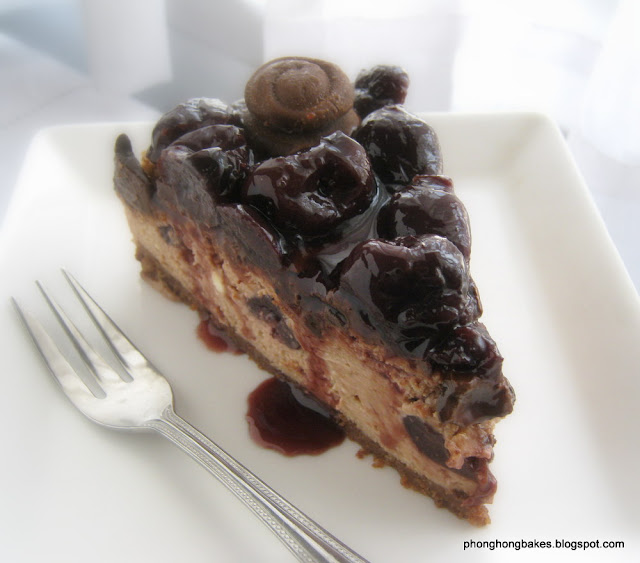 After a few hours of labor in the kitchen, I made me this elaborate cheesecake. All the trouble just to save some ingredients from being thrown away. 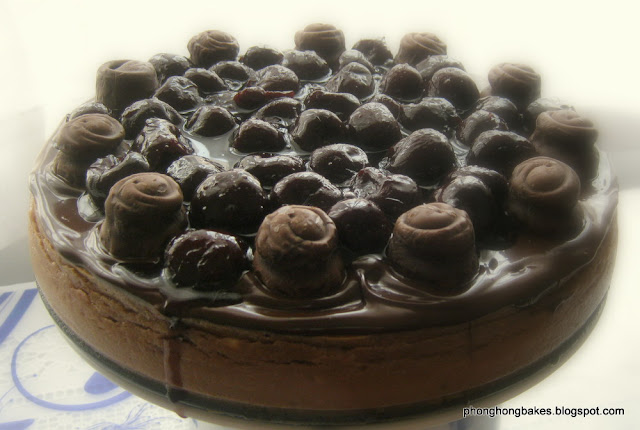 It was tiring hah..hah..I wanted to make ganache to coat the cake before topping it off with the cherries but I gave up. I used melted chocolate instead. I regret that because once chilled, the chocolate became hard and it was not so pleasant biting into it. Ganache would have stayed creamy. 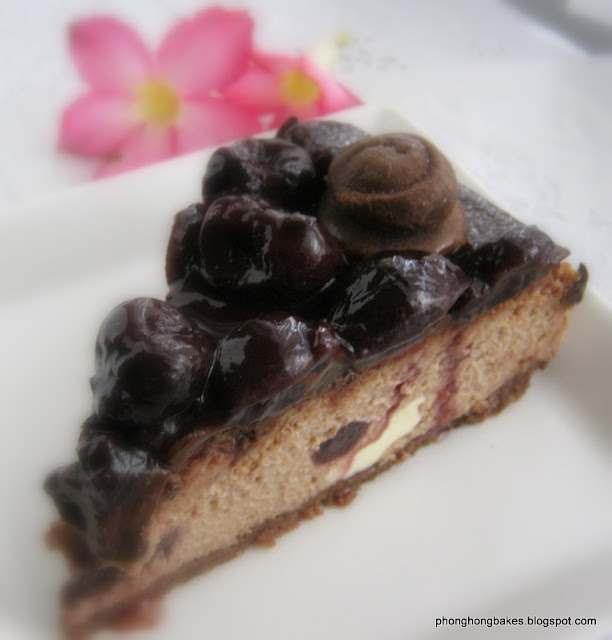 But mission accomplished! I'm quite happy with the outcome and really, I should stop stocking up unnecessarily on baking ingredients. There are a few more things that I need to clear. Haiz....I'll be really busy these next few weekends :( 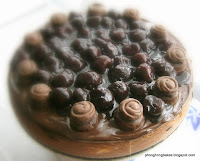 - 180g chocolate, melted (In future I will use ganache instead)

Method :
1. Generously grease a 9" springform pan and wrap the pan with heavy duty aluminim foil (to avoid water seepage when baking in waterbath). Set aside.
2. Crush the disgestive biscuits and mix with melted butter.
3. Press the digestive biscuit mixture onto the base of the pan and put the pan into the fridge while you make the cheesecake filling.
4. Beat cream cheese and sugar until well mixed.
5. Add eggs, one by one, beating well after each addition.
6. Add Nutella, vanilla extract and whipping cream and beat until well combined.
7. Pour the mixture into the pan and give the pan a few taps to remove air bubbles.
8. Place the pan into a waterbath and bake at 140C for 1 hour to 1 hour 10 minutes or until the cheesecake is firm and no longer jiggly.
9. Remove from oven and leave to cool.
10. While the cheesecake is baking, make the cherry topping.
11. Drain cherries and set aside.
12. In a saucepan, bring the syrup to a boil. Simmer until reduced to half.
13. Bring to a boil and add cornflour mixture. Stir until the mixture becomes thick. Take the saucepan off the heat and mix in the cherries. Leave to cool.
14. Once the cheesecake is cool, coat the top with melted chocolate.
15. Top with the cherry mixture and chill in the fridge overnight. 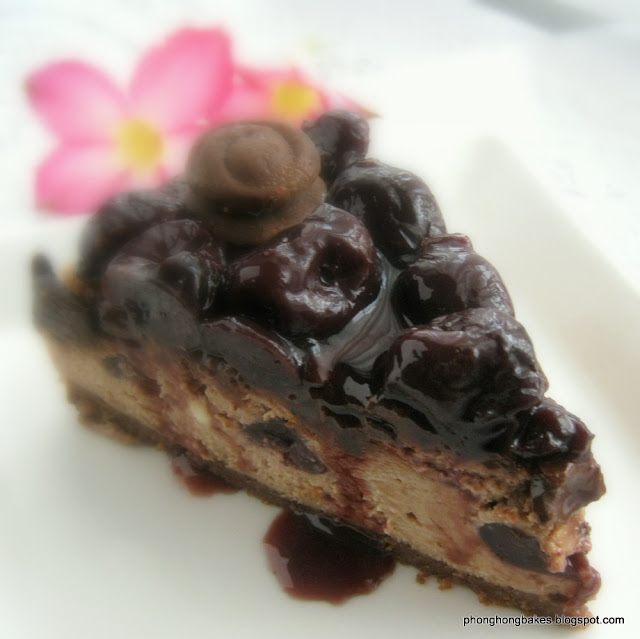 This post is linked to the event, Little Thumbs Up organised by Zoe of Bake for Happy Kids and Doreen of My Little Favourite DIY and hosted by Diana of The Domestic Goddess Wannabe.
Posted by PH at 17:30